In 1899, Café Alpha started pouring frothy draft beer to Aalborg’s then only 14,000 citizens and hasn’t looked back since, but now the end has come.

Luckily, one of the city’s somewhat younger bars is ready to take over and offer up a new flavour.

The new heir to the iconic premises is one of Denmark’s absolute best whisky bars, which we previously announced would be moving to the city center.

Of course, it is the Whiskybaren Kahytten that after three years is pulling up its roots and moving from their cozy courtyard premises in Vejgaard to soon be housed in the heart of Aalborg in Café Alpha’s premises in Jens Bangs Gade.

“Saturday, the 10th of December, is our last opening day in Vejgaard before we take over the premises in Jens Bangs Gade on the 15th January,” Rune Holm, who owns the Whiskybaren and has perhaps Denmark’s best selection of and knowledge about whisky, says. It is a change of scene, that does not come as a surprise:

“It has always been on the cards that Whiskybaren should be in the middle of Aalborg – and that was always the starting point when initially planning to open the bar.

As fate would have it, Whiskybaren instead found its birthplace in Vejgaard – an era characterised by both corona and the war in Ukraine, but also filled with good times, lovely guests, lots of loud laughter and exciting events,” Rune explains and continues:

“And now it is high time to live out the dream of a bar in the city – not just any bar, but of course a place with charm and coziness and a lot of history.

And fortunately, we found a place where it is possible to combine the present and the past – without compromising on everything that Whiskybaren has stood for in the past three years: Good vibes and good experiences with room for everyone.”

Moving with one hell-of-a party

There will be no quiet end to the Vejgaard era when Whiskybaren shuts down after the 10th of December.

“There are still two weekends left to go in Vejgaard with fun and good times.

On Saturday we will be turning up for both air-guitars and head-banging tunes at December Rock N Roll, where we’ll be visited in our glasses and over the speakers by ZZ Top og Metallica, Rammstein and Iron Maiden.

Saturday, the 10th of December, is the last opening day in Vejgaard, and we celebrate that with Whiskybaren’s Whiskey Auction in the afternoon followed by a ‘goodbye-and-thanks-for-now’ party,” Rune adds. 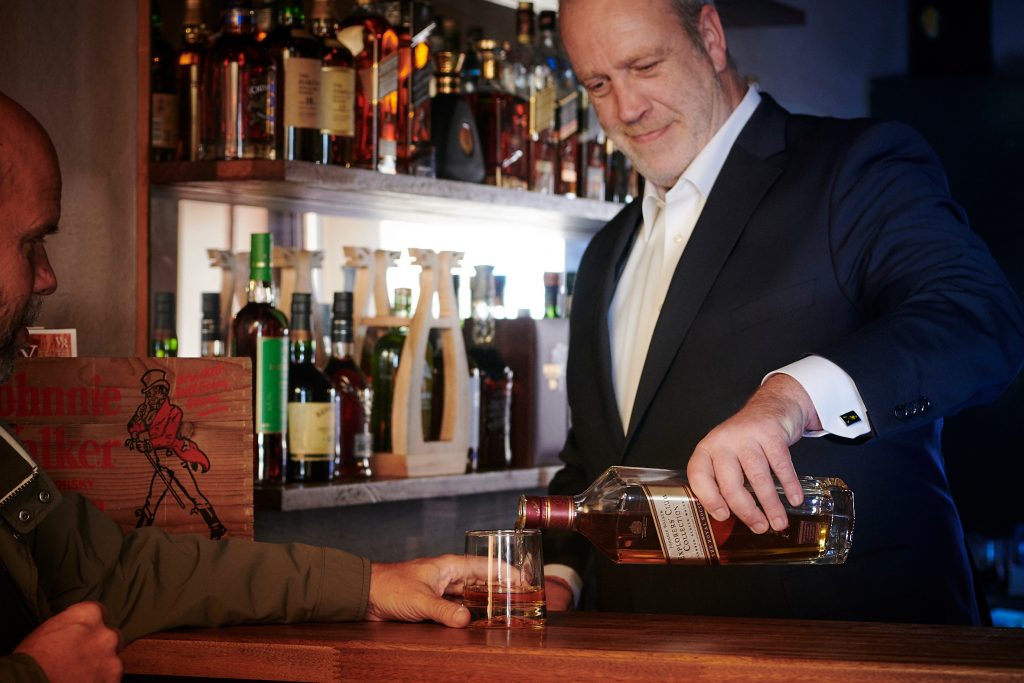 At the whiskey auction, in true Jutland fashion, you can make a really good deal. Instead of hauling a lot of half and quarter full bottles to the new bar, Rune would rather sell out at bargain prices:

“At a previous whiskey auction, for example, there was half a bottle of whiskey that normally costs 13,000 kroner for a bottle that was sold for 1,000 kroner,” Rune says.

So if you can’t wait until Whiskybaren opens in the new year at Jens Bangs Gade 8 come by Hadsundvej 11A before the premises closes down.