Be aware: New tariffs are in place for parking in Aalborg

As a driver, you have to be aware of new tariffs when parking in Aalborg.

As part of Aalborg Municipality’s budget agreement for 2023 a number of tariff changes have been made.

There is a new agreement for the municipal car parks in Aalborg City center from January 1st 2023.

The hourly rate at the public municipal parking spaces in the Aalborg centrum has increased by 1 krone per hour in the red and green zones.

At the same time, the parking spaces at Sauers Plads and Sømandshjemmet have been moved from the green to the yellow zone. 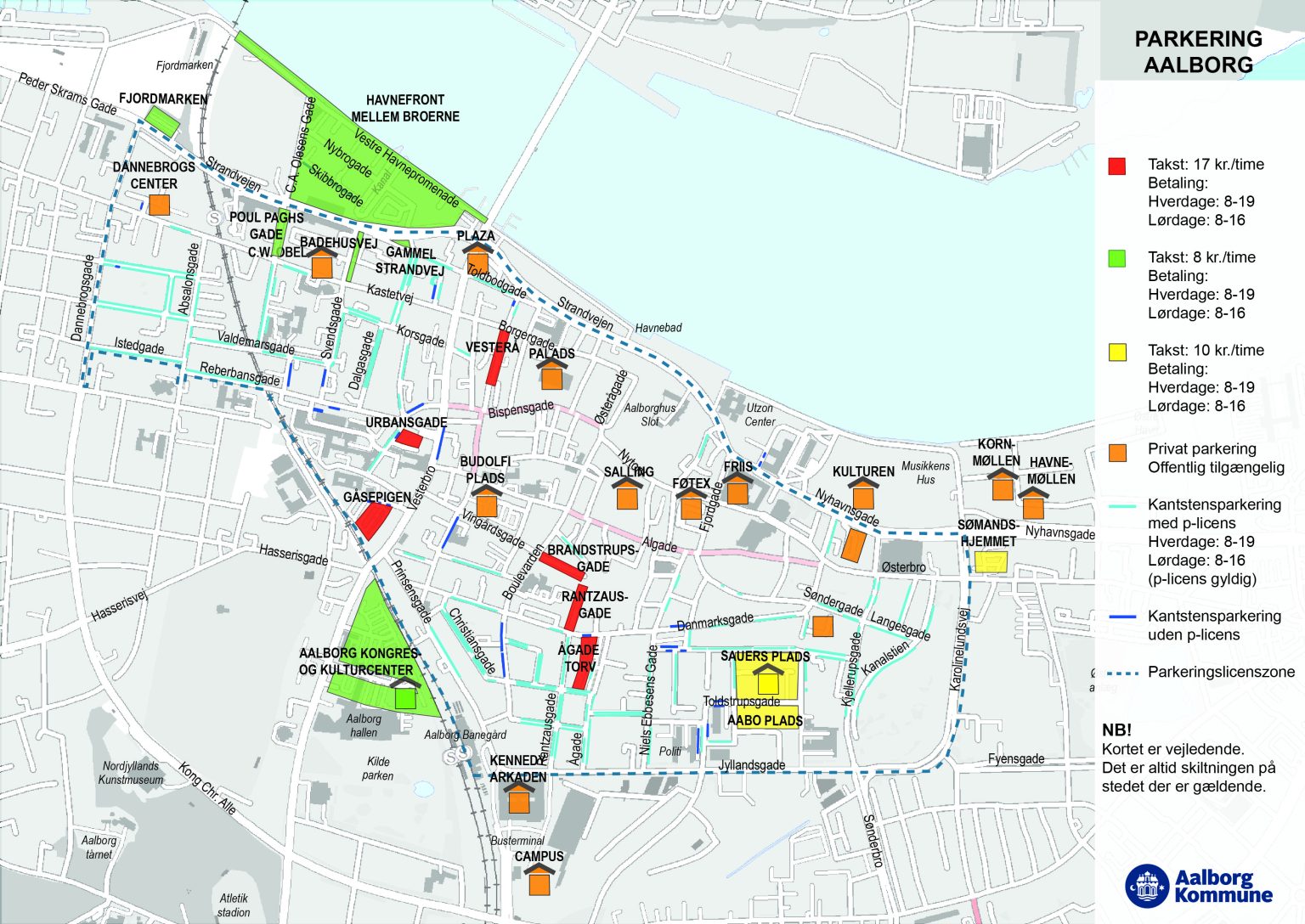 Previously, annual and monthly subscription passes were valid in the green zone, but now they are valid in both the green and yellow zones.

In concrete terms, this means that drivers with a monthly or annual pass can now park on Aabos Plads.

A parking license for those living in the city now costs 2,500 kroner annually.

Along with the new tariffs for parking in Aalborg, there are also new rules for electric and hybrid cars.

Free annual passes or parking licenses for owners of electric and hybrid cars have ended, and it is no longer possible to park for free in Aalborg for these car owners.