Big press conference in Aalborg: Many young people among infected

On Thursday morning, local authorities held a press conference at the mayor’s office about the current Covid-19 pandemic.

If you were expecting or fearing new restrictions in Aalborg as we’ve seen it happen in Odense and Copenhagen, you’ll be relieved to hear that’s not the case.

As of the past seven days, the infection pressure is 12.9 infected per 100.000 inhabitants, which keeps Aalborg in a “good” zone as opposed to Frederikshavn that is currently in the red zone.

However, as the authorities stressed at the press conference, things could quickly take a turn for the worse.

Currently, it’s the younger part of the population who are infected, said Ulla Astman.

“More young people between the ages of 20-29 have been infected lately. They make up approximately one-fourth of all infected in North Jutland. That’s why we have a major request for young people. That they remember to take their precautions.

In general, we think that they’re good at wearing masks when using public transportation, and it’s important to keep your distance and use plenty of disinfection and remember to wash your hands,” the Council Chairman said.

Ban on public gatherings has been considered

Police Director Anne Marie Roum Svendsen was asked whether a ban on public gatherings should be enforced on Jomfru Ane Gade (Gaden).

This is due to the fact that the police had to clear out Gaden last Friday following an incident where too many people were gathered.

“We have of course thought about enforcing a ban on public gatherings but it’s a hard decision because you’re still allowed to stand in a line outside of the establishments in Jomfru Ane Gade.

But we’re going to be massively and prominently present Thursday, Friday, and Saturday and I don’t think we’re going to see a situation similar to the one last Friday,” the Police Director stated.

“But it’s a good example of how quickly things can escalate. Too many people gathered in a very short amount of time in an attempt to enter before 23:00, and we made the decision to get people moving,” Anne Marie Roum Svendsen explained. 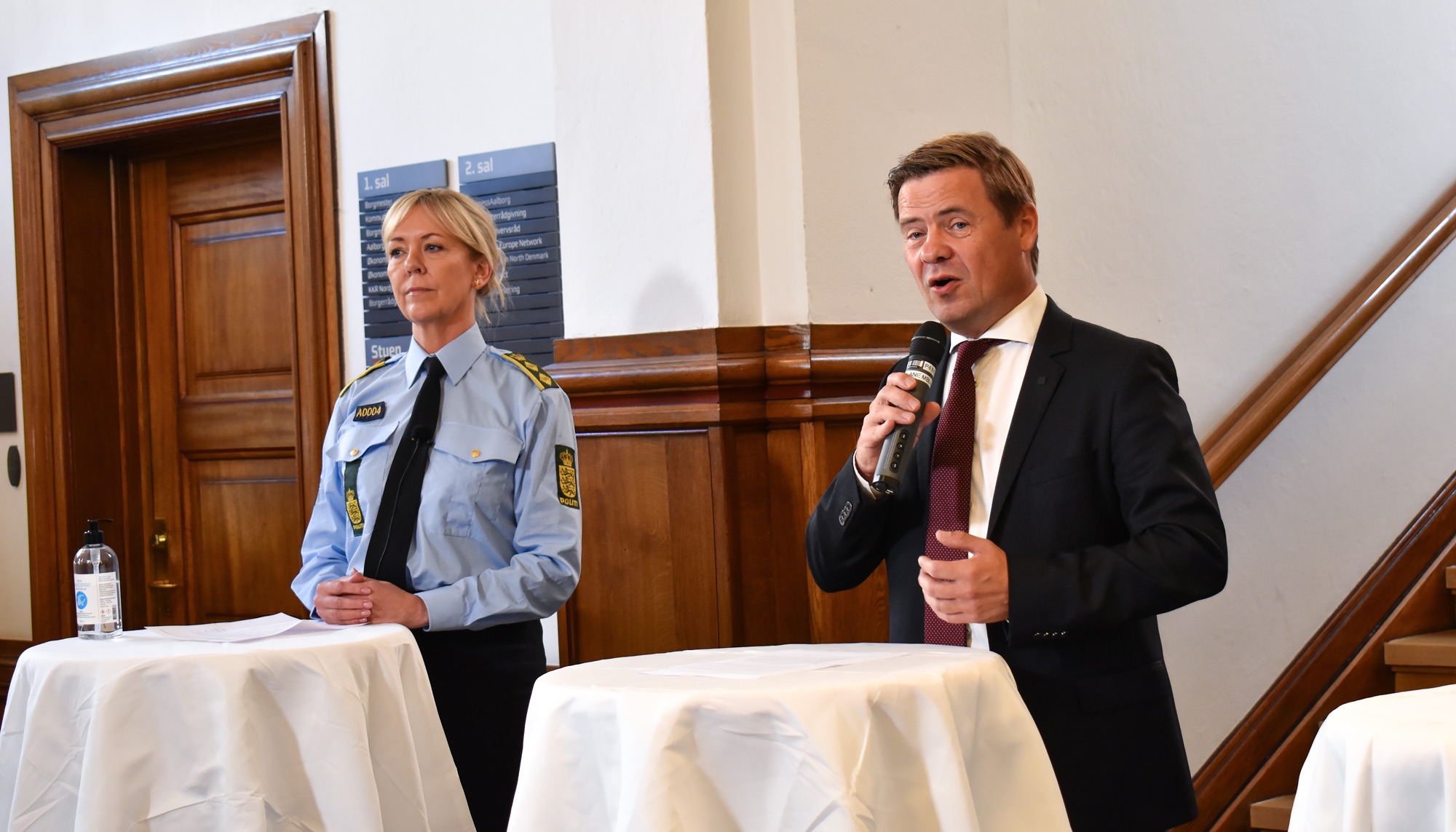 Wants to keep the infection at bay

During the press conference, Mayor Thomas Kastrup-Larsen emphasized that they’re currently doing everything in their power to prevent a spread of infection in Aalborg similar to the ones seen in Odense and Copenhagen, which have become Corona hot-spots.

“We have a good dialogue with the authorities, local businesses, and our schools. We have prepared a response should the infection pressure rise in our city.

We are luckily not in a situation where we’re forced to follow Copenhagen and Odense where more restrictions have been imposed,” Aalborg’s mayor concluded.