Once upon a time, there was a rum ball from Fyn … that very quickly got very famous.

Of course, we’re speaking of the chocolate covered wonder from Nørre Aaby, which was crowned Denmark’s best rum ball by bakers and pastry professionals at the food fair Foodexpo in 2018.

The win meant that sales in Nørre Aaby went crazy. Baker Carsten Matthiesen announced the following year that profits rose by 4.000%, and millions have been rolling in ever since.

The demand for the legendary rum balls extended far past Fyn and made it necessary to expand the bakery. Now there are distributors all over Denmark, and you can even find one in the center of Aalborg.

Mabel Kafferi has been selected for the great honor of selling Denmarks best rum balls in their relatively new coffee shop on Boulevarden.

“We were put on the waiting list before we even opened, and we’ve finally succeeded,” a happy Camilla Okkels says. 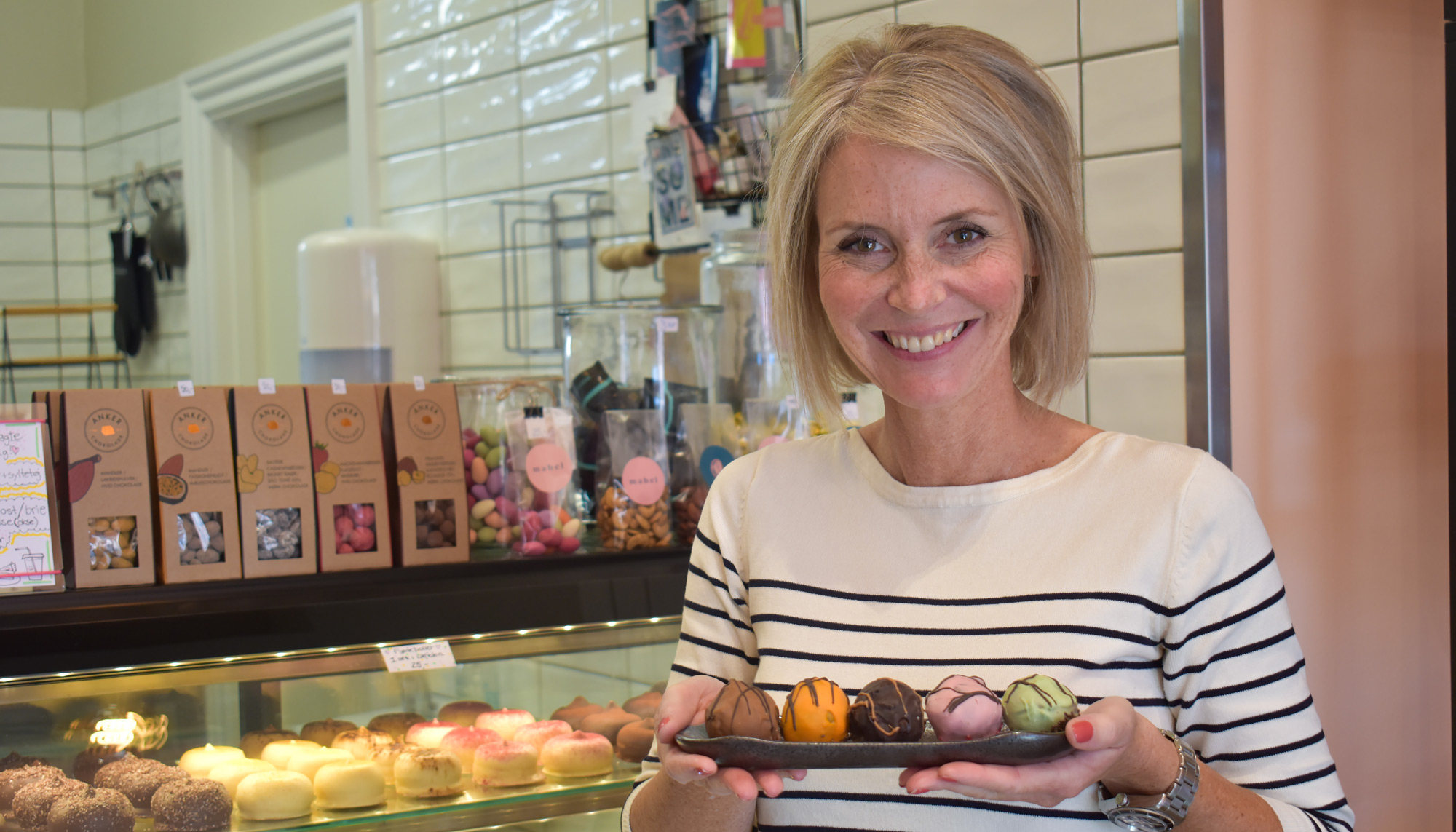 In addition to the classic “rum ball-winner” there are also lime, strawberry, cappuccino, orange, and caramel flavors.

But the news about Nørre Aaby continues.

Mabel will also be selling their “træstammer” (tree trunks), which consists of the same filling as the award-winning rum ball. Naturally, it’s covered with marzipan. 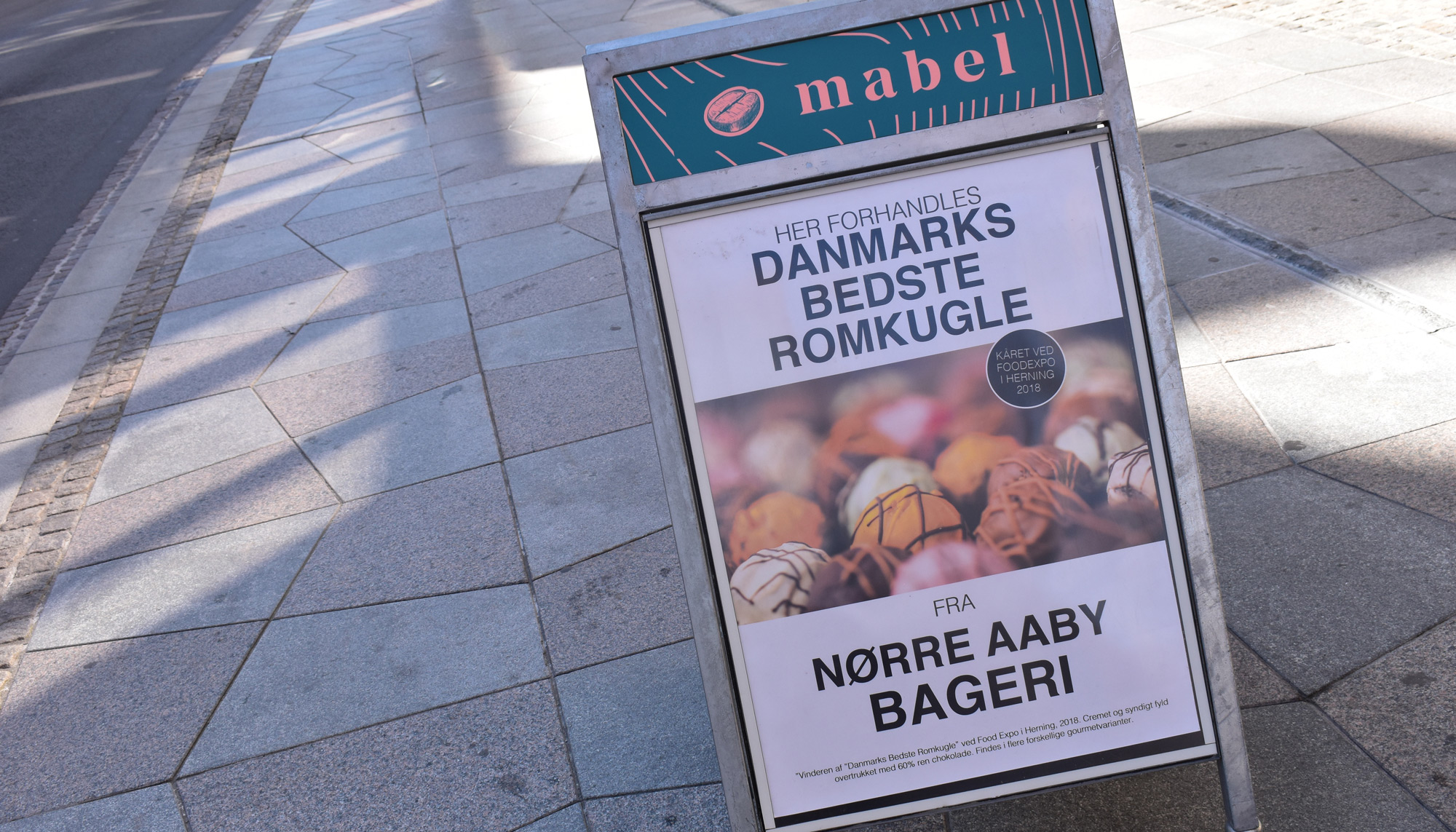