We’ve all been there at some point. Sitting in a dark bar with a glass of beer with a group of friends, dreaming of just quitting and doing something completely different together.

This is the conversation that the four friends Lucas Baum, Emanuel Colazo, Marcio Ballarini, and Pedro Varese had a few months ago. But their plans didn’t stop at “what if.”

Last week they opened their very own food truck, Kuliá, in the green area between the bridges in Nørresundby, where they look forward to sharing their Argentinian culture with the people of Aalborg and creating a cozy meeting place around delicious food, music, and beer.

“We were all getting bored with our occupation and starting a food truck together seemed like the perfect opportunity to work and have fun together.

We love the city and we appreciate how we have been received here, so it makes sense for us to give back to Aalborg.

Our Danish friends always tell us how we cook good food and are fun to be around and that’s the experience we hope the rest of the city will have too,” Lucas says with a smile.

The very name of the food truck also implies being social with friends. Kuliá, in Argentinian, has different meanings, but in this context it’s a humorous and friendly way to call someone dude, mate or bro.

Argentinian classics and a vegan surprise

Argentinians have a reputation for a great love of food and, above all, for meeting and socializing over meals.

Lucas and Pedro also emphasize these positive notions when they talk about their adventure. It’s almost impossible not to drawn in by their great enthusiasm; just as their Danish circle of friends has been.

“Lucas is the chef,” Pedro says, pointing at his companion.

“The first time he cooked for his Danish friends, they were so impressed with his chicken parm that they’ve been asking for it ever since. In fact, they love all his food.”

The South American hospitality is as appetizing as their menu where the famous chicken parm (also called crispy chicken) will of course be included as one of four sandwiches. The popular sandwich consists of a baguette, mayo, tomatoes, lettuce, crispy chicken, ham, gouda cheese, and a fried egg.

The fourth and final sandwich, which the friends themselves expect to be the biggest hit, is actually a vegan option with a brioche bun, vegan coleslaw salad, beer batter oyster mushrooms, roasted peppers, and sriracha mayo.

“Even our meat-loving friends love our vegan option, so we think it will be a huge success,” Lucas explains.

To accompany the sandwiches, you can order plain fries or the messy fries covered in cheddar cheese sauce, bacon, and spring onions. You said what?! Fries topped with cheese and bacon? Our food hearts are sold on the spot.

If you’d rather order their food as takeaway, you can try the food via Wolt but we recommend heading down there for the authentic food truck experience that, for instance, the big cities of Buenos Aires and Los Angeles are known for.

So cross the bridge, order some sandwiches and beer and enjoy them on the lawn between the bridges.

There might even be the possibility to learn something new about southern food culture that we can also use here in Denmark – something Lucas, Pedro and the two other friends would certainly like to share with Danes.

“When we go out for beer where we’re from, we always get a huge plate of fries with our pints. You don’t get snacks with your beers the same way here in Denmark, and that’s something we’d love to introduce to the people of Aalborg,” Lucas says.

Right now, you can order Tuborg and Tuborg Classic with your fries, but later they plan to expand the selection with other, smaller breweries as well as a lot of other food novelties that are in development. 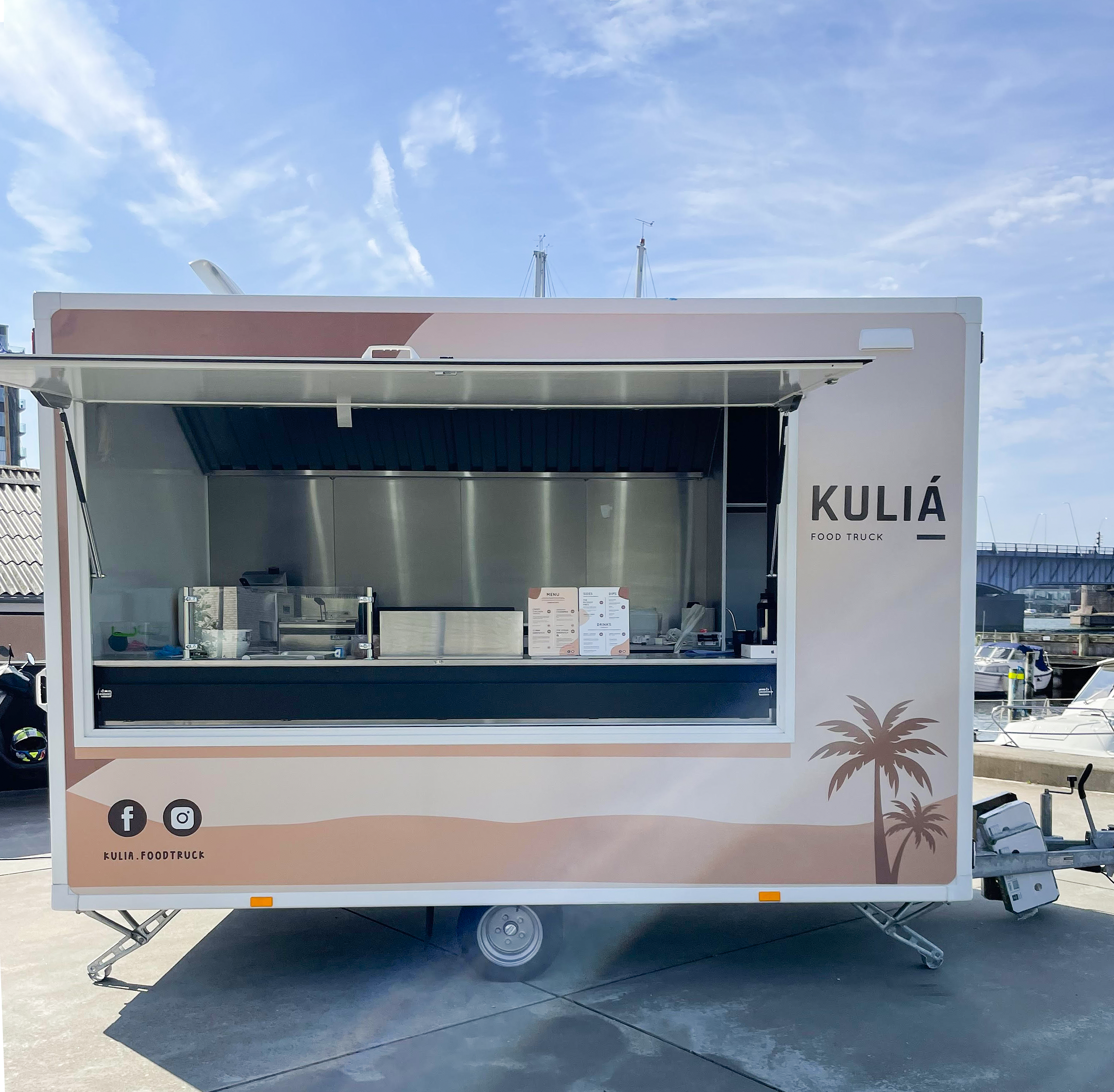