Last year, Aalborg was hit by a corona epidemic and somewhat of a donut epidemic where four donut shops opened within a short time.

Unfortunately, Happy Donuts had to close down, and in mid-November, we announced that La Donuteria was radically changing its opening times to only include two days.

This was upsetting news to many people as they were the only donut shop, which made donuts from scratch every day.

But now there are good news for those who love donuts from La Donuteria.

In the cake display, you will find classics like Nutella Cinnamon, Lotus Caramel, and more. Additionally, there are some new and tempting news in the cafe.

Amongst other things, they will be running a Weekly Special that (unsurprisingly) changes every week.

If you’re longing for something new and satisfying, you can order a so-called heart-shaped cake, consisting of whatever your heart desires – for example, Kinder chocolate. 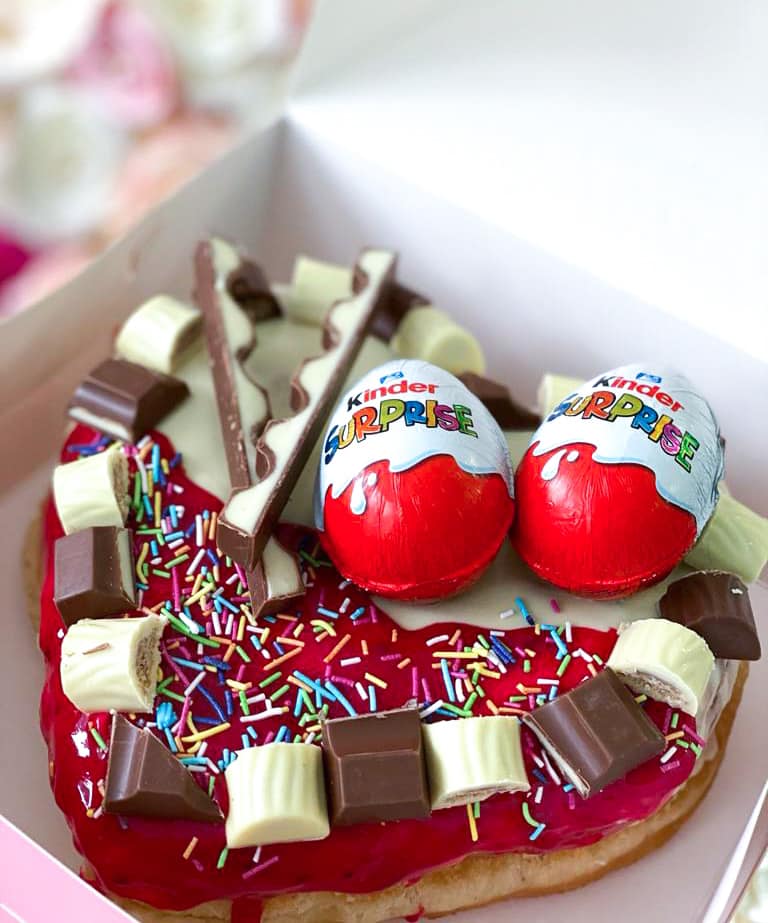 You will find La Donuteria in Nørregade near the entrance to the library and Magasin.