Every Saturday in February: Go crazy with Nutella rolls and giant cinnamon rolls

Therefore, we must taste any new baked goods and share the news far and wide – but only out of our commitment and devotion to the citizens of Aalborg, of course.

Now that the Fastelavn (Shrovetide) buns have received a lot attention, Surdejbageren (the Sourdough Bakery) at Buldofi Plads is yet again ready with their legendary Nutella rolls. These rolls, well, roll away quite fast – such is their popularity.

And this time, the Nutella cake is rolling along with a friend. The bakery is reinventing the classic cinnamon ‘gifler’ or cinnamon roll that most Danes know all too well.

The new take on what is usually a miniature cinnamon roll can be summed up to a 170-gram bomb of deliciousness.  A gigantic version of a winning classic that will surely satisfy. 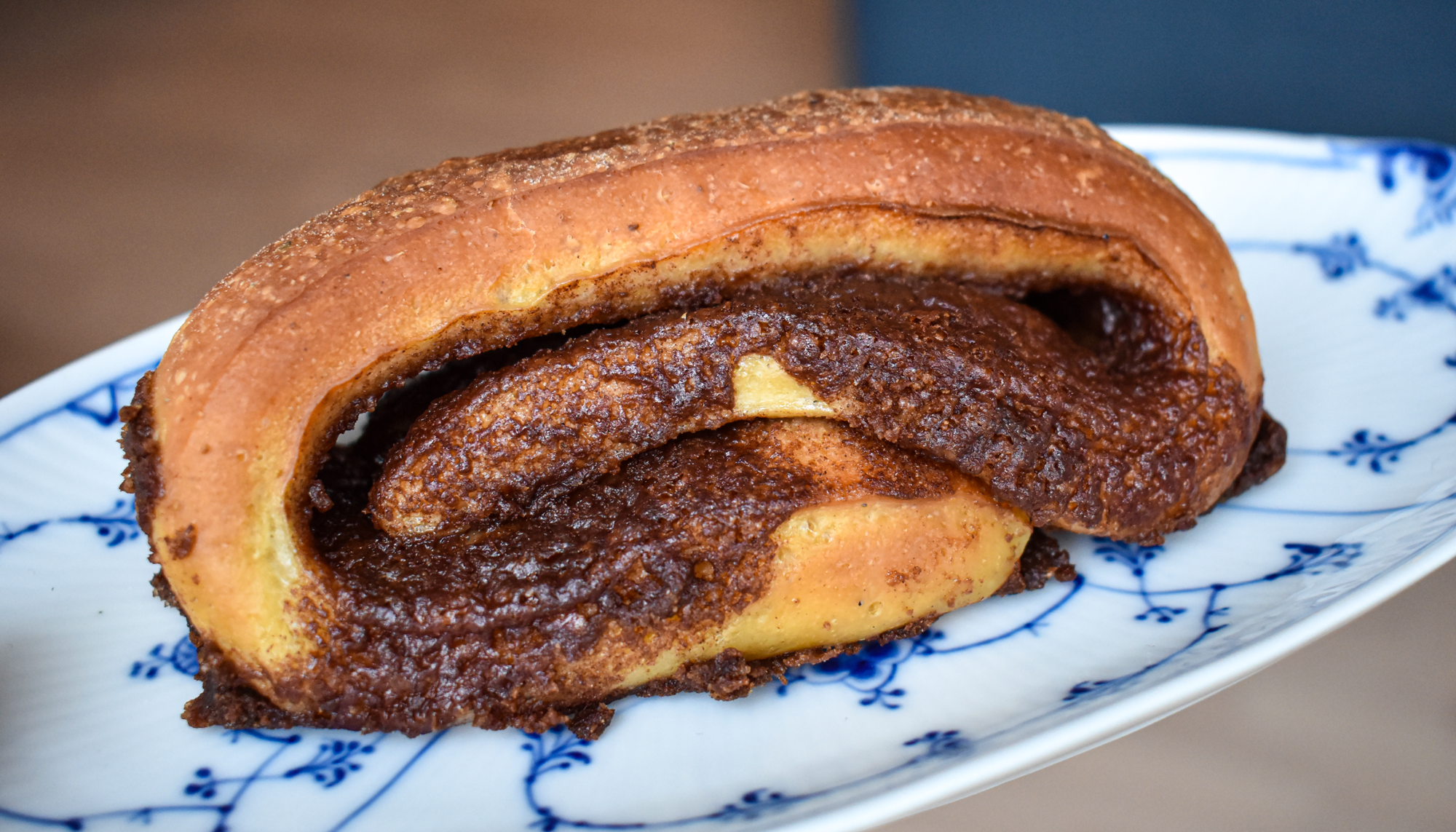 “We expect the cinnamon giants to be part of our selection for the next while. And as a special treat the Nutella roll will be a Saturday specialty for the next three weeks,” Henrik Bruse Skougaard, owner of Surdejsbageren, explains.

The Nutella roll is based on the best-selling cinnamon roll. But this time, the classic ingredient is replaced with chocolate-hazelnut gold: Nutella.

“In the spring, we hired a pastry chef who has helped us improve the dough. The new recipe is not as compact. There are several layers and toppings of chocolate icing and crystallized white chocolate,” Henrik explains about the chocolate gold wonder.

The Nutella roll was originally introduced in connection to Father’s Day as they were the perfect gift for “the man who has everything.” But now, we look forward to placing these rolls on our plates over the next couple of Saturdays.