Four new donut shops in Aalborg: Here’s what you get

Three months ago, we had zero donut shops in the city.

Now we have four.

Whether or not there’s still a gap in the market and even more donut shops are planning to open is hard to predict. But we’re definitely not lacking round desserts right now.

It might be hard to navigate all these shops that have sprung up at the same time because who’s selling what? Who came first? Who makes their own dough? Who’s generous with their toppings?

We’ll answer all these questions and more in the list below.

On May 30th, Donut Shoppen opened on Boulevarden as the very first donut shop in Aalborg since 2017 when the Donut Factory closed.

Deshman and Nikilan were inspired to open Donut Shoppen after visiting multiple donut shops during the travels abroad. 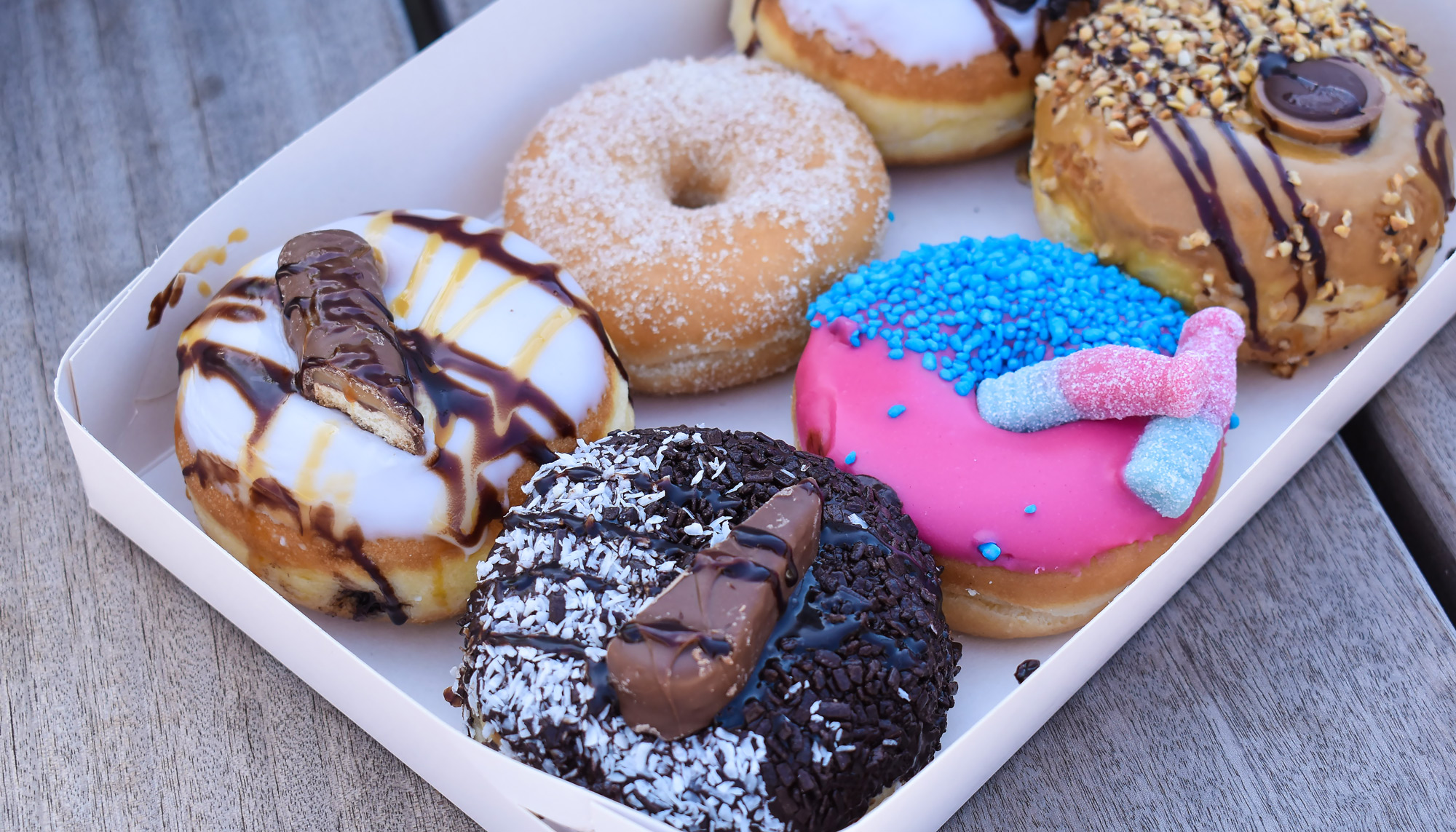 Donut Shoppen has 10 different varieties to choose from, and the donuts are delivered fresh every day.

If you were to crown a donut king in Denmark, it’d without a doubt be Türker Alici, originally known from Paradise Hotel and Robinson.

Aside from participating in reality shows, Türker co-owns the rapidly growing donut chain Bronuts with his bro Ninos Oraha. Within a short period of time, they’ve opened a long line of shops in Denmark, the latest being in Aalborg.

On July 16, the people of Aalborg had their turn at the colorful cakes – and the line down Dannebrosgade clearly spoke for itself: Aalborg is crazy about Bronuts. 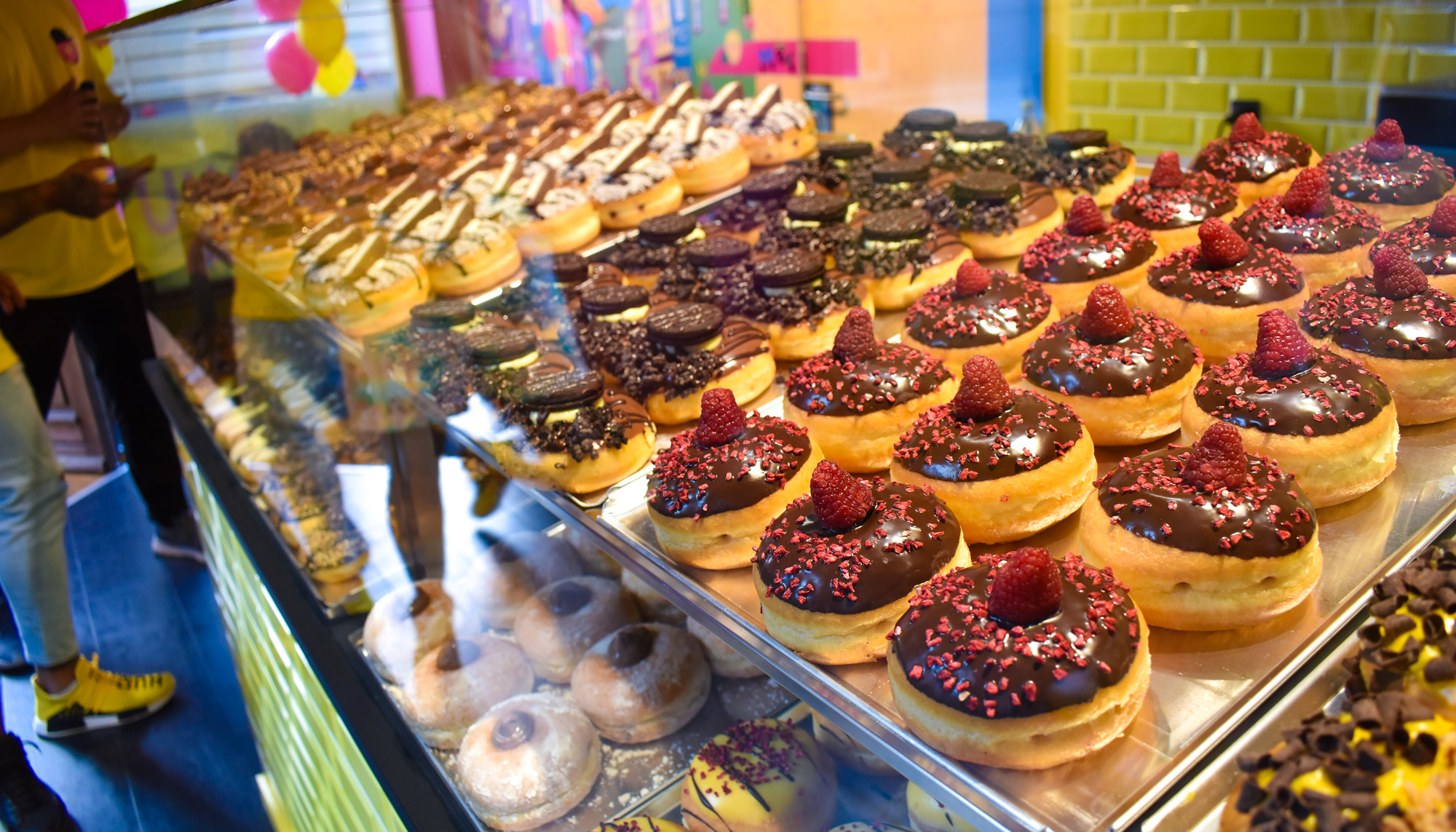 You’ll find 24 varieties of decorated donuts every day at Team Bronuts, all baked from a secret recipe and delivered from France.

While Donut Shoppen and Bronuts are of Danish origin, La Donuteria is international.

Creating the perfect donut is like a work of art to the staff at La Donuteria and that’s why all their donuts are made from scratch each day with different toppings. 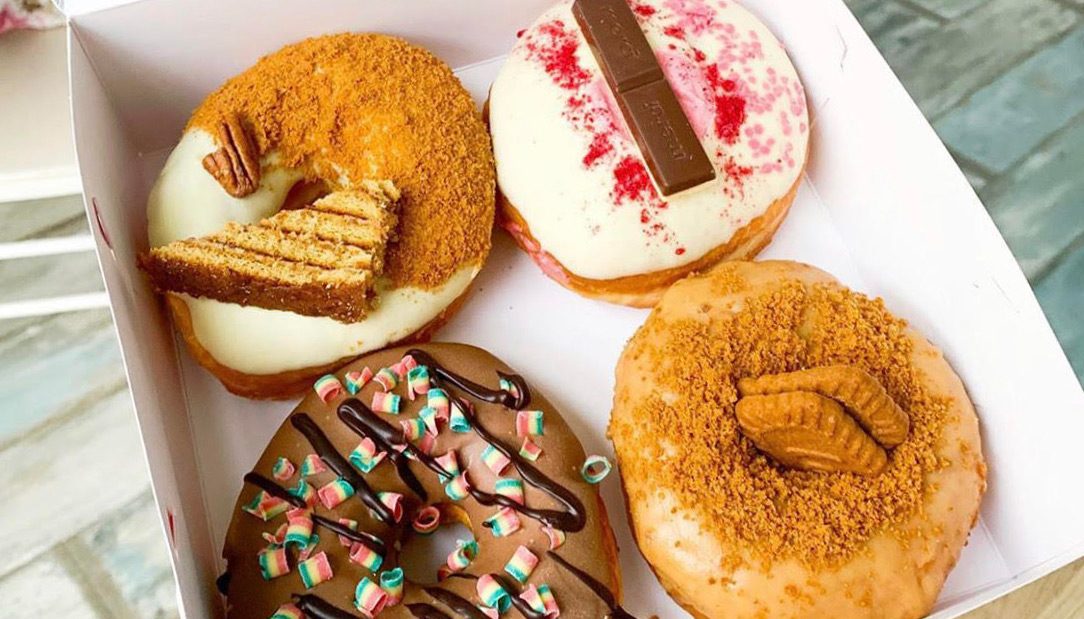 You can choose from 10 different, award-winning varieties (six of them are vegan).

Aside from homemade donuts, La Donuteria is also well known for its unique interior, which feels like a cozy village with its blue and white colors. There’s also a whole wall decorated with roses.

Last but not least, we have Happy Donuts, which is located on Maren Turis Gade.

The shop produces its donuts in cooperation with a Danish company in Silkeborg to ensure that the texture and taste are just right. 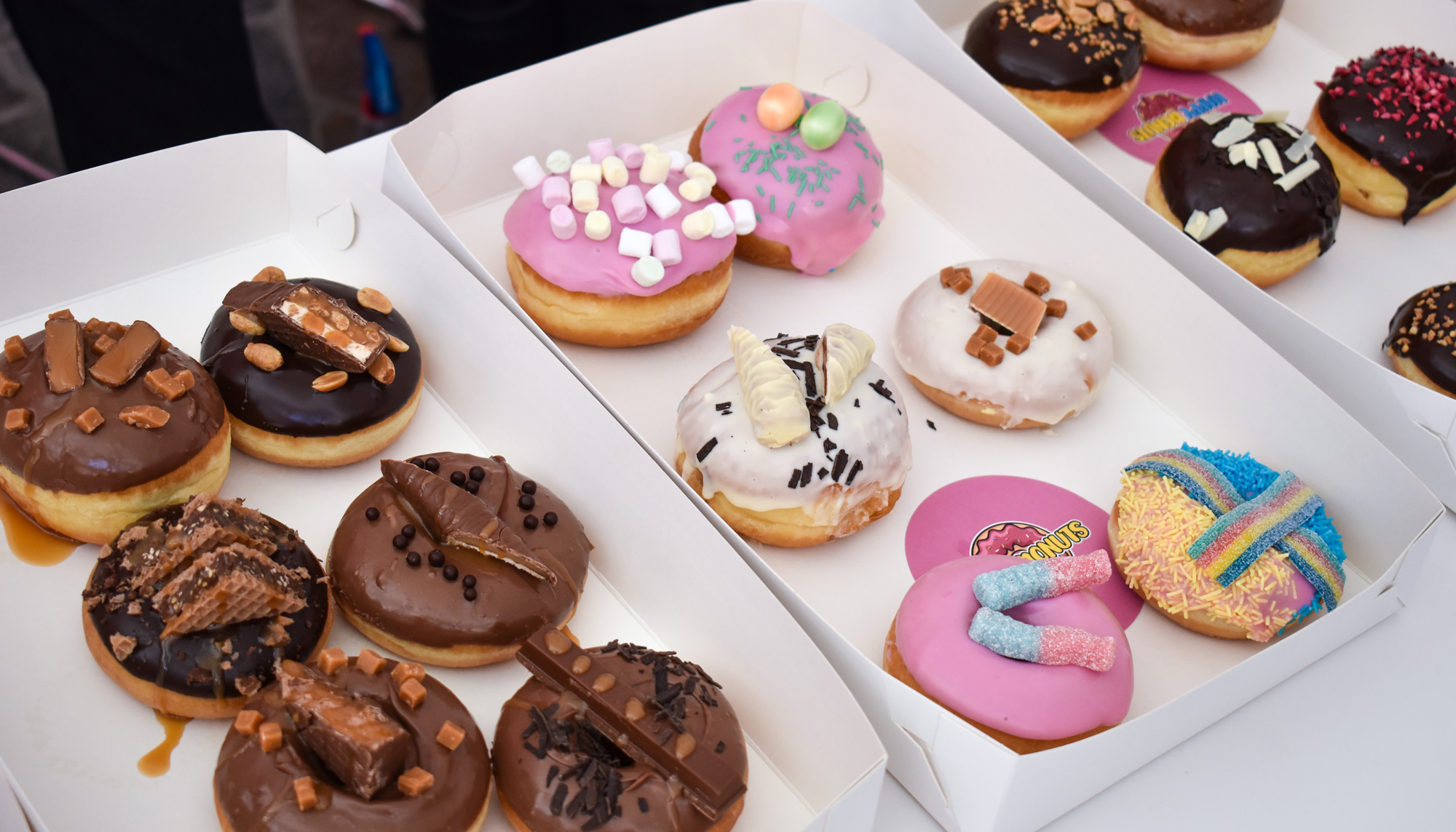 Happy Donuts also stands out by making their donuts of Danish produce, and all their filling and glazes are fresh and homemade by the shop’s pastry chef who decorates the round masterpieces daily.