Things to do / What's new

Free kayak trip by the Limfjord: Collect garbage and help the environment

The last couple of years have provided a lot of time to think about things and reflect.

Many people have established new, healthy habits and interests. And those exact things can now be combined with a new concept by GreenKayak in Aalborg.

GreenKayak is an association established in 2017 that aims to reduce the amount of garbage in our waters globally. The association wishes to offer as many people as possible the chance to take an active part in the fight against environmental pollution.

The concept is meant for everyone that wants to help.

If you’re over the age of 18, you can loan a kayak for two hours on one condition; you collect the garbage and trash you find along the way on your trip around the harbor.

The kayaks have room for two people and are stable, making it unnecessary to have prior kayak experience. The kayak is also very flexible, which means that you can reach otherwise tricky areas.

A passenger can collect trash using a trash picker and empty the collected waste into a trash can on the kayak. 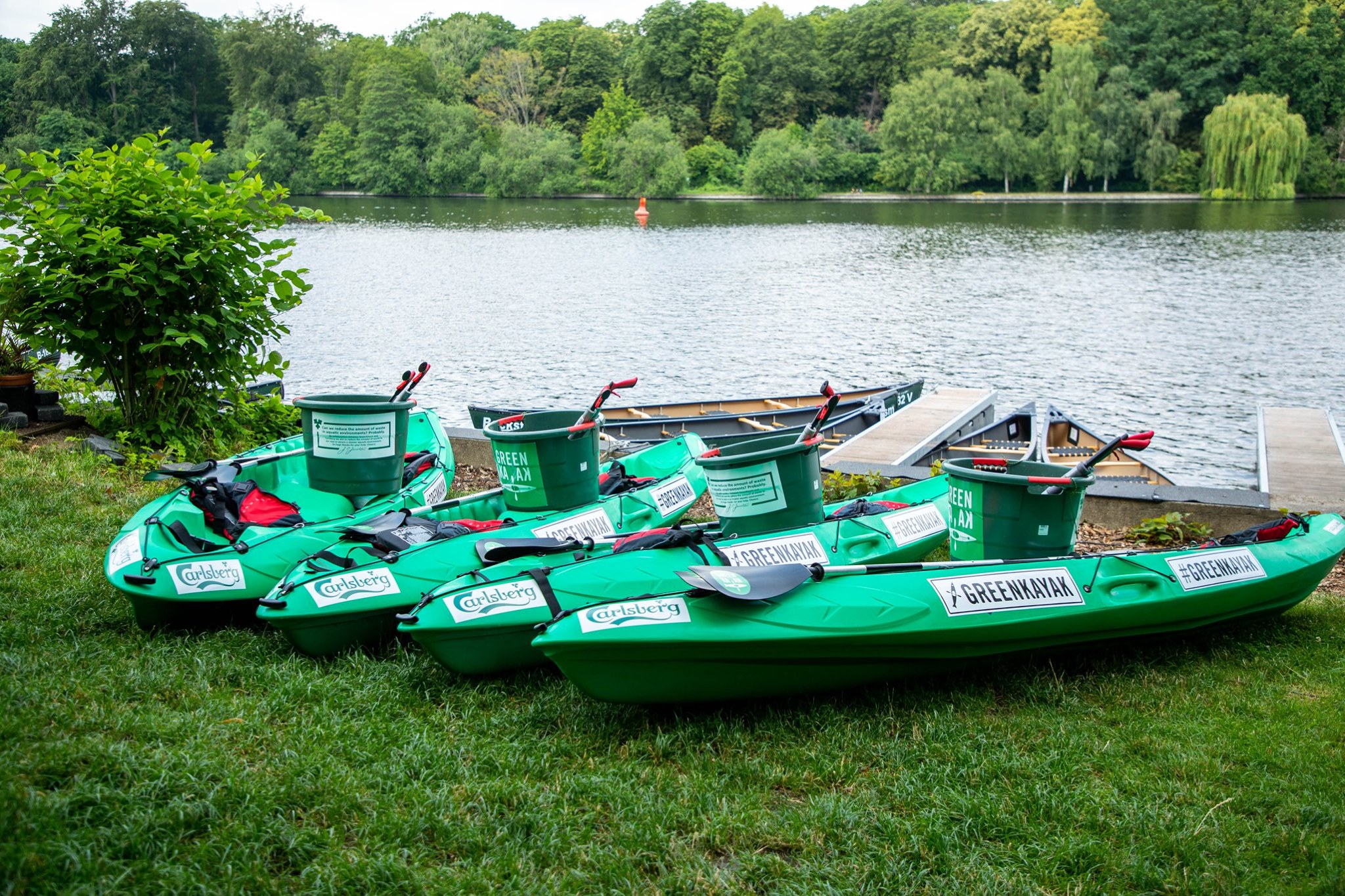 Three tons of garbage collected in a single season

GreenKayak was established in 2017 in Copenhagen. In the first season, roughly 1000 volunteers collected three tons of waste in the capital’s canals.

There’s no doubt that these initiatives are necessary if we want to secure a healthy future for our planet.

According to the UN’s Environmental Program UNEP, around 6.4 million tons of garbage is dumped into the waters each year- of which 20,000 tons end up in the North Sea.

A large amount of the garbage floating in the waters and along the coasts is plastic waste, including bottles, lids, rope fishnets, and bags.

There’s no doubt that plastic is the most visible garbage when it floats to the water surface – hence the focus on this.

However, the municipalities’ international environmental organization, KIMO, estimates that 70% of dumped waste in the North Sea sinks to the bottom of the ocean.

According to the Danish Agency of Environment and Food, 85% of Danish citizens are concerned about the amount of waste in the oceans and show broad support for something to be done about it.

If this is a concern you share, you’re now able to help out via the GreenKayak project. GreenKayak operates through Aalborg Cable Park, which rents the GreenKayaks for about two hours at a time.

After a hopefully enjoyable trip, you’ll bring the garbage back to Aalborg Cable Park to get it weighed and registered.