From four to two: Yet another donut shop has closed

2020 was an overwhelming year for Aalborg on the donut front.

The number of donut shops grew from none to a whole four stores in just a few months.

Despite the initial delight over the possibility of getting freshly fried dough in Aalborg, many were skeptical about the mad donut rush. After all, was there really space for so many donut stores in North Jutland’s capital? 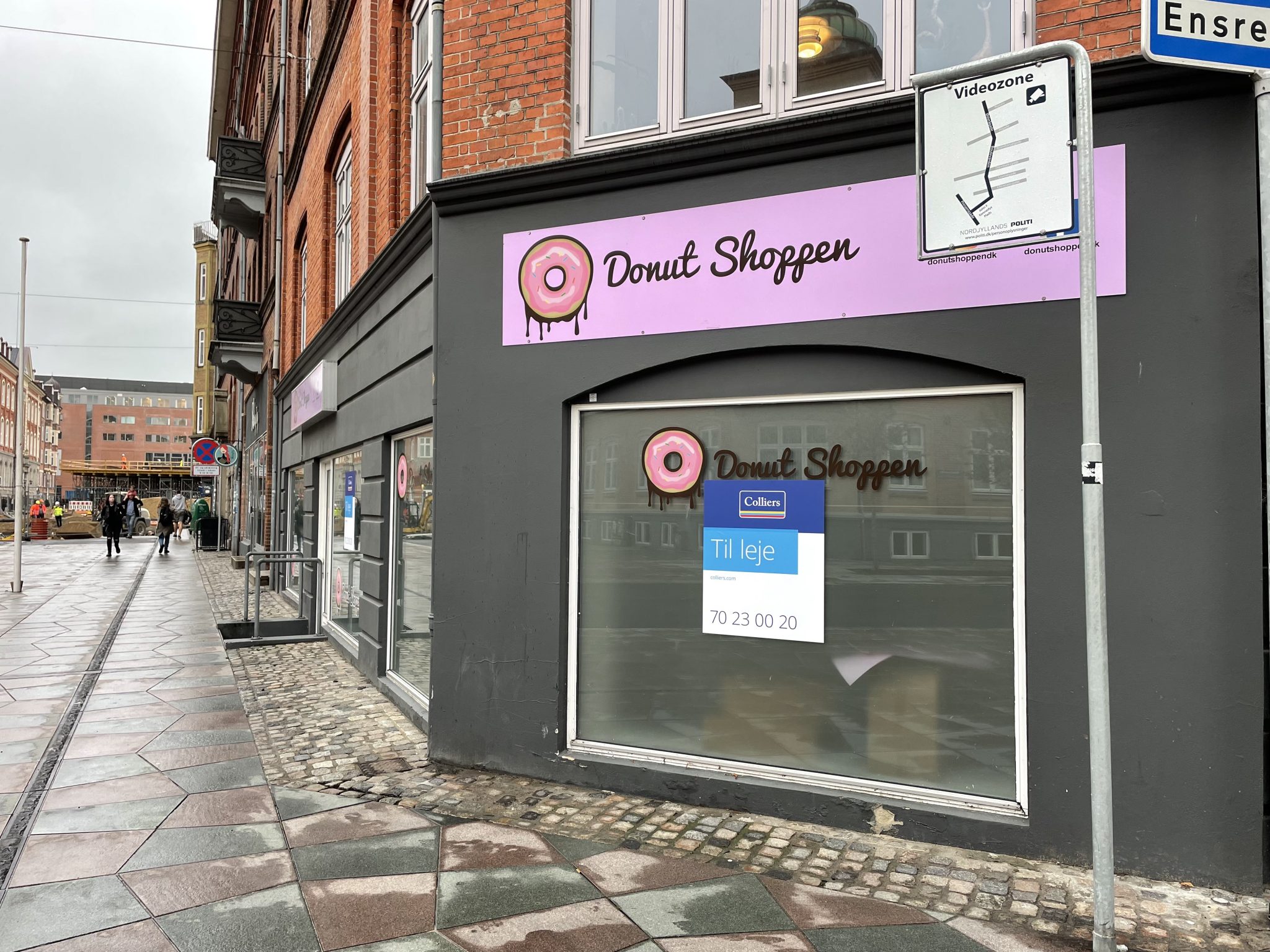 “For rent” on the windows

In any case, MyAalborg can now announce that half of the donut shops have closed down; the stores in question are Happy Donuts in Maren Turis Gade and Donutshoppen on Boulevarden.

Donutshoppen wrote back in July, that they were closed for summer holidays – but their store never opened again after that.

Now a “for rent” sign has been put up around the storefront, and according to Proff.dk, Donutshoppen is under forced dissolution.

Donutshoppen was actually the first of its kind to open in Aalborg before the other three donut stores came along.

Now there is only La Donuteria and Bronuts that remain open in Aalborg.