Have you seen it?: New, green urban space created in Aalborg

This spring, a new recreational urban space appeared by the waterfront to the delight of many locals who have already made frequent use of it.

For many, the urban space has been a much-needed extension of the Jomfru Ane Park, the only green park by the waterfront in the city center.

Plans for the area between the Limfjord Bridge and Restaurant Bone’s have been in the works for a while.

Looking back at the municipality’s plan and projects document for the harborfront back in 2007, it is clear in the project drawing that the area closest to the Limfjord Bridge should be full of greenery.

As we know, life doesn’t always go according to plans, and instead of serving as a green space, the site was a parking lot for many years. In November 2021, work began on dismantling the car park and transforming the space into a new recreational area, which was completed in April this year.

Project manager Charlotte Kragh-Pedersen from the municipality’s Construction and Road Administration tells MyAalborg that there are still minor things missing before it is finished. The minor things include a layer of asphalt, small light spots in the beds, and some flowers. 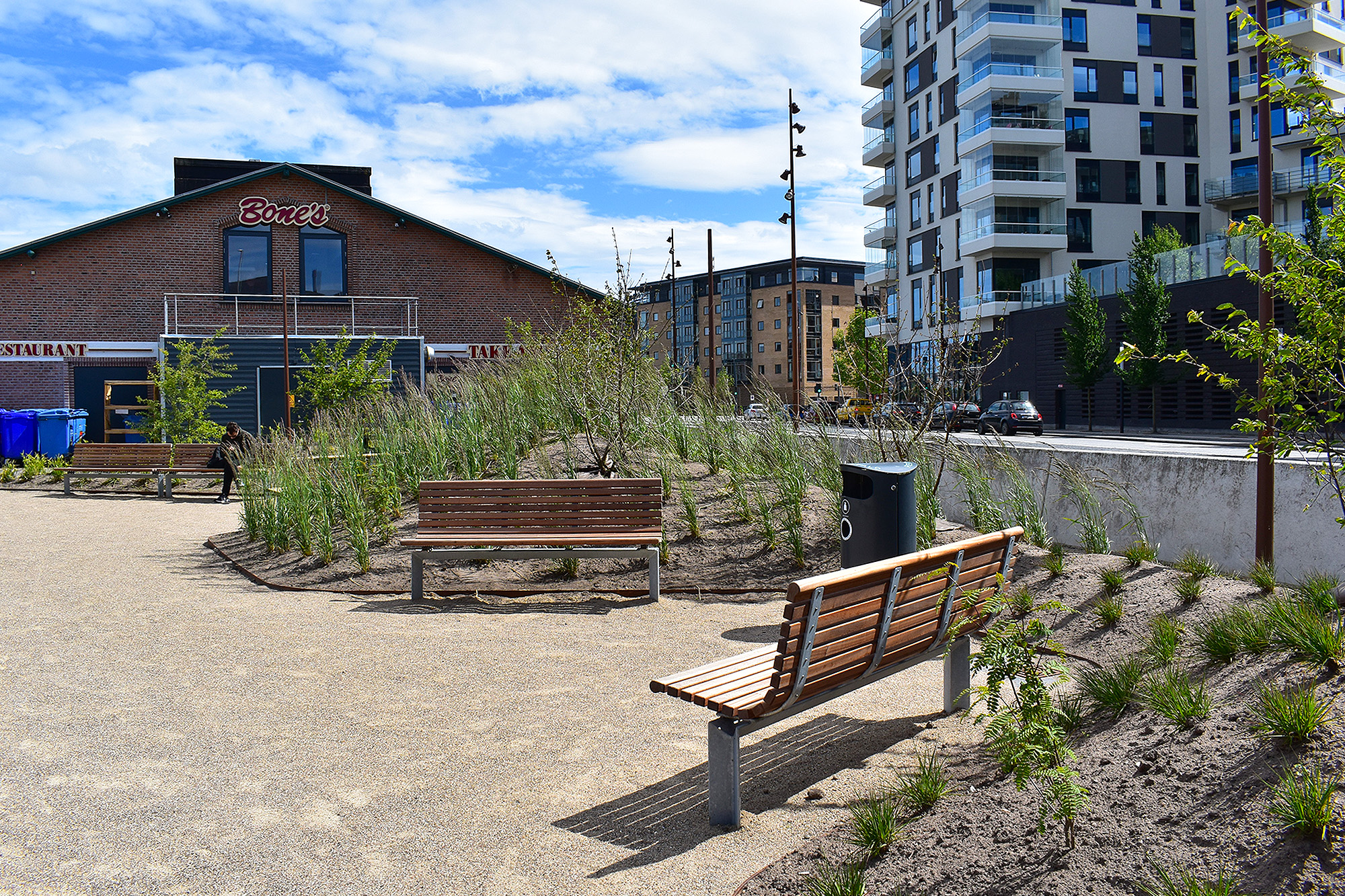 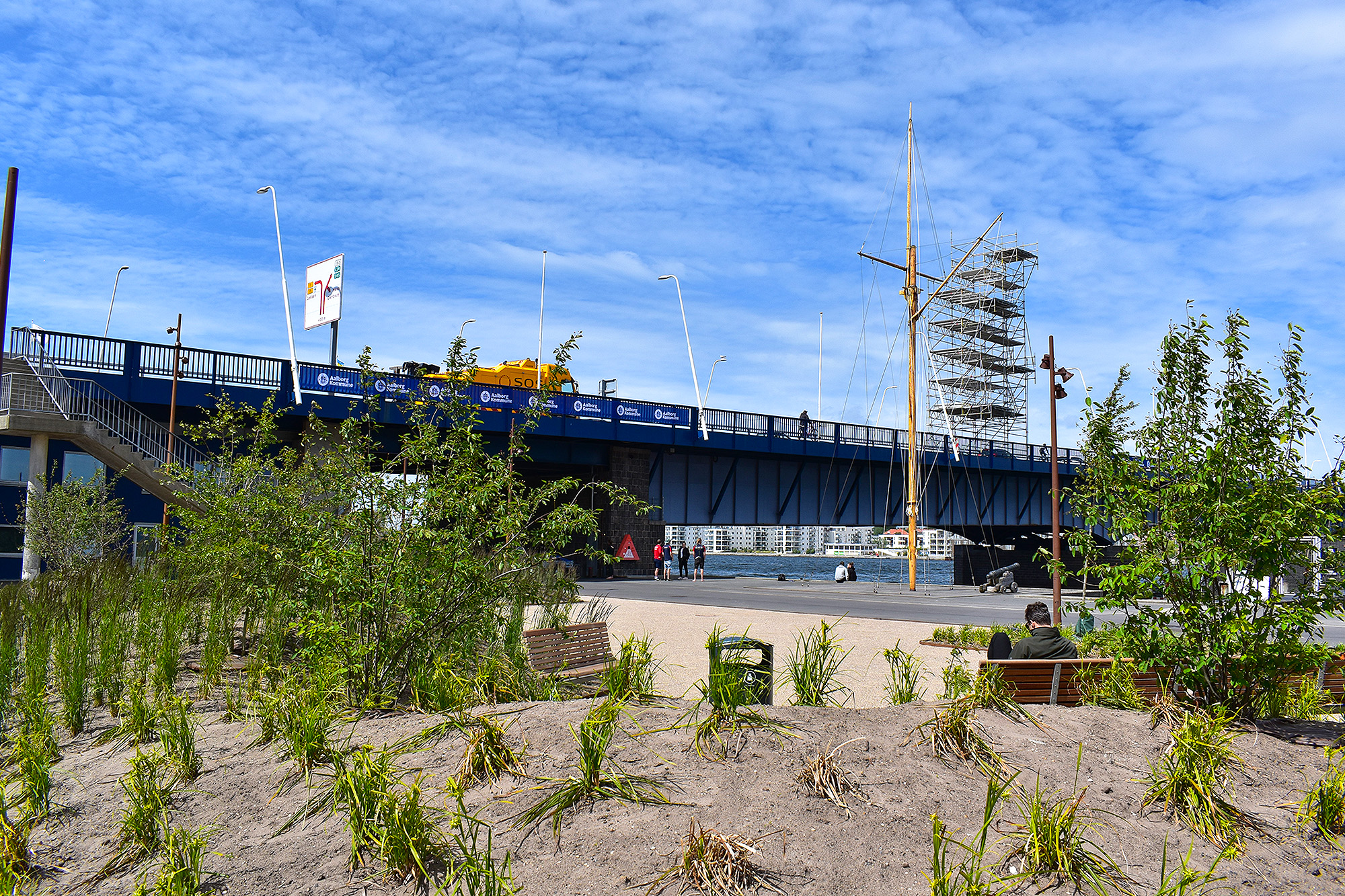 When we spoke to Charlotte Kragh-Pedersen in November 2021 about the start of the project, she explained that the parking spaces would be permanently removed and replaced by a new urban area.

“Aalborg Municipality is digging, because the last small stage of Aalborg harbourfront is being carried out now. The former parking lot east of the Limfjord Bridge has served as a parking lot and periodically as a construction site for many years, but this will be the last time,” she explained at the time.

“A new recreational urban space is expected to be completed in early 2022. The area will be landscaped with new paving around the steps to the Limfjord Bridge and the bridge pier, new asphalt on the promenade and an area with pebbles and beds with planting and lighting.

The pillars (raising/lowering pillars) at the corner of Bone’s are moved up to the Limfjord bridge, so it will only be possible to make left turns along the dock to the west in the future.”