Yesterday was the culmination of many weeks of football fever – both in Aalborg and around the world.

Despite the fact that it wasn’t a Danish victory, the final of the European Championship sparked football festivities all over town.

Here in Denmark, it almost felt like the Danes had finally buried the hatchet for the Italians after they, in 2004, complained about Denmark and Sweden ending in a 2-2 tie.

A result that ultimately knocked the Italians out of the Euro final in one of the greatest sporting disappointments they’ve experienced, and something, as they have made clear several times over the past decade, that has not and will never be forgotten.

Thanks for the support

Yesterday, however, change was in the air and the atmosphere was incredible seeing as nearly all of Denmark (and Aalborg) sided with Italy. That was especially true at San Giovanni, one of Aalborg’s best Italian restaurants, where the flag was flown high.

The support paid off, and it was one very happy and proud Mikele Volpi who opened his eyes this morning.

“It wasn’t the dream finale between Denmark and Italy; that would have been a big day for someone like me who has a Danish mother and an Italian father,” says Mikele and continues:

“But now it seemed like everyone in Denmark had almost turned Italian, after we were knocked out – so this was great and we need to celebrate and thank Denmark for the support.”

That means that at San Giovanni you can get a completely free Aperol Spritz if you book a table in the restaurant today… because what else should you celebrate an Italian victory with if not pizza and pasta?

Plenty on display in the restaurant

When you visit San Giovanni on Vesterbro, it’s not just the atmosphere of the Italian victory that spreads throughout the rooms.

On the walls there is also a signed jersey from the one and only Simon Kjær – a player jersey, that came to the restaurant shortly after the situation with Christian Eriksen, which is definitely a moment that will be remembered in this year’s European Championships. For better or worse. 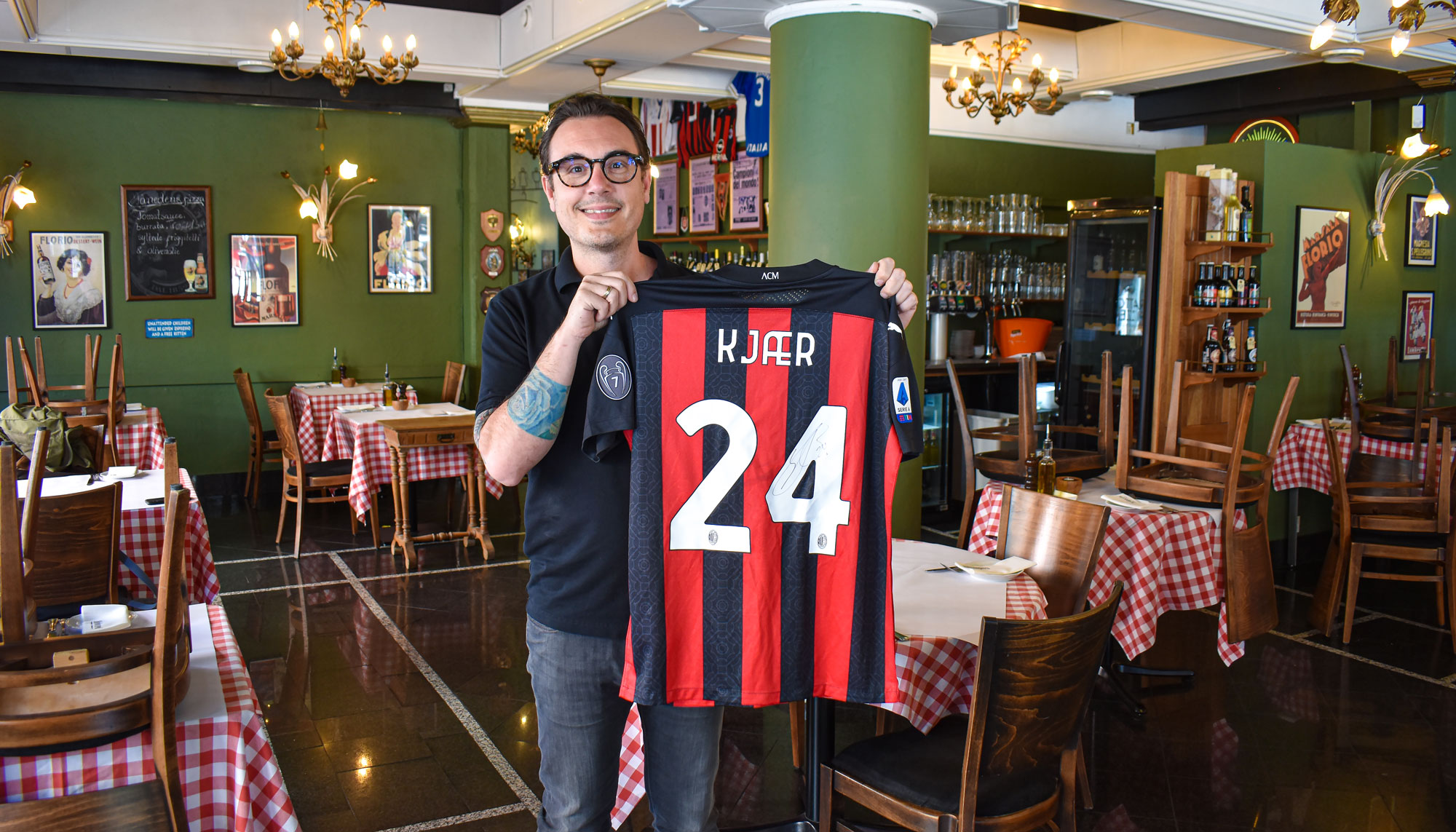 Most importantly, Christian Eriksen won life – and so Denmark will just have to take back the European Cup next time.

“We have received so many messages from people who just wanted Italy to win this one. And since England has gone about their Brexit, it was actually also a victory for the EU.

The offer of free Aperol Spritz applies from 16.30 today Monday to all diners until closing.

And we can appropriately end the article with the same words as a viral video clip from yesterday of Italy’s double goal scorer, Leonardo Bonucci,  yelling to the English fans: