It happens in Aalborg

Lots of beer: Come to a Beer Tasting under an open sky in Aalborg

Summer in Kilden has been nothing but sunshine.

With lots of events and the European Championships on the big screen,  people have flocked to Kilden (Kildeparken).

Unfortunately, the European Championships are over, however, there are still lots of events and adventures to be had in Kildeparken.

An upcoming special event is a sensational beer tasting evening with one of Denmarks’ leading beer experts.

The event is to be held this Friday, the 16th of July, under an open sky. Precisely in the same location as there have been (and will continue to be) concerts, comedy, and more on the big screen.

The well-known beer enthusiast, Jørgen Rüdinger, is in charge of the beer tasting. 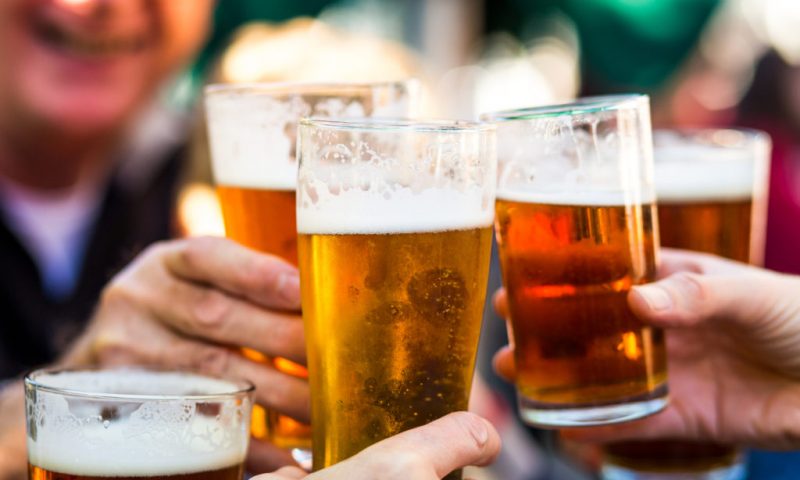 Jørgen Rüdinger worked at Carlsberg for a number of years and knows the company’s DNA and beer from the frothy foam top to the bottom.

He knows about brewing beer and is ready with intriguing stories, such as how J.C. Jacobsen founded a brewery at the top of Valby Bakke and named the brewery after his son Carl.

So look forward to an evening where you get to taste a lot of good beers, and at the same time become wiser about the brewing process.

He’ll also, for example, explain what distinguishes the different types of beer. So you will both be more knowledgeable about your beer and get to sample all the differences as well.

If you prefer comedy to beer, then stop by later this month on Saturday the 31st of July when Mark Le Fêvre, Brian Lykke and Kasper Gross come to Kilden to put on an entertaining show. There are also plenty of other music events and kids entertainment options so check out the full Summer in Kilden events list here.