The past week has been hot… like really hot – and weather forecasts are promising more warm temperatures in the coming weeks.

If you’re looking for some cooling first aid to make it a bit more bearable, might we suggest Aalborg’s newest ice cream shop IsVærftet, which opened this weekend.

IsVærftet sells Ryå ice cream; a famous brand in Denmark and the pride of North Jutland where it originally hails from. 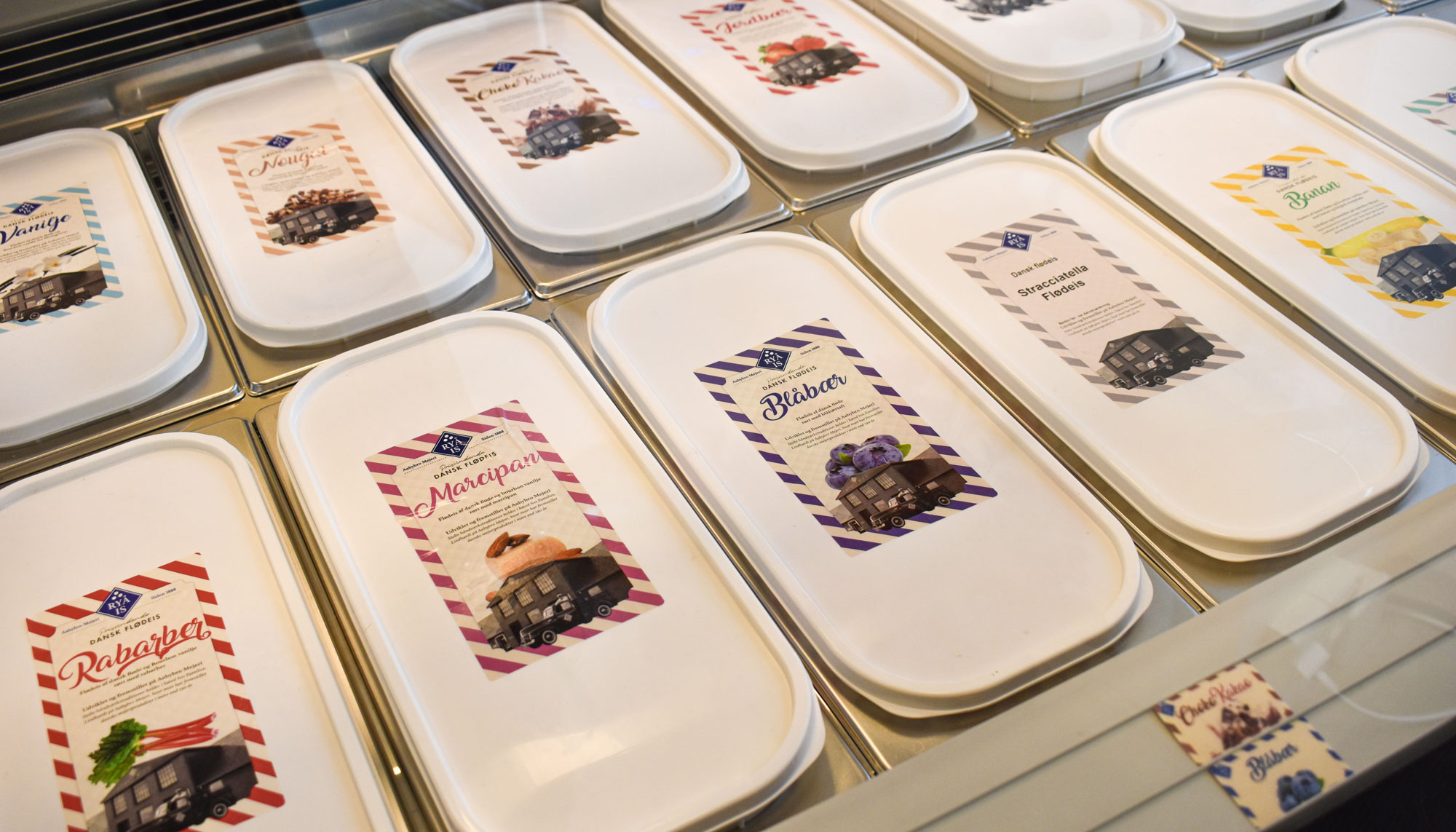 “We really like eating Ryå ice cream so of course, we chose this brand in our ice cream counter,” Freja Henriksen explains.

Freja is in charge of the new ice cream shop with her aunt, Lene Koldkjær Decker.

“It’s a real family business,” Lene, who recently worked as a nurse, adds.

“I quit my job because now we are going to sell ice cream. Freja is in complete control of that part while I have another niece who acts as an accountant and a nephew who is an electrician. 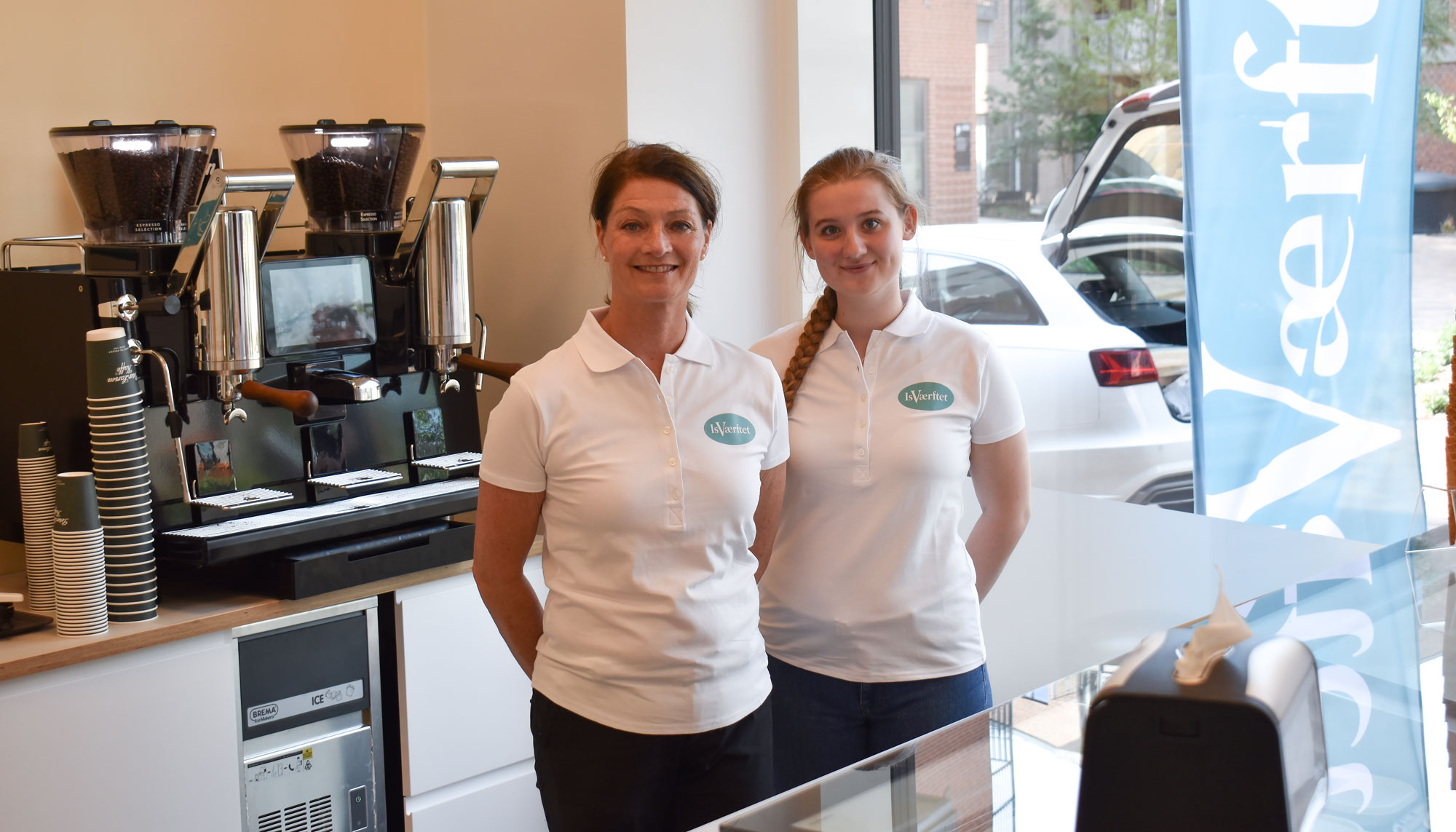 The address of the shop is the new city square called Stjernepladsen, located in Østre Havn, where Café Baco, a cheese shop, and several other stores also have made their home.

And the fact that they’ve opened in a completely new space, which has yet to be discovered by many locals, is not something that frightens the family duo.

“It is fantastic to open here on Stjernepladsen. It has turned out beautiful, and we are already seeing a lot of people use it.

We have met a lot of sweet people who have been exciting about our opening,” Freja says. 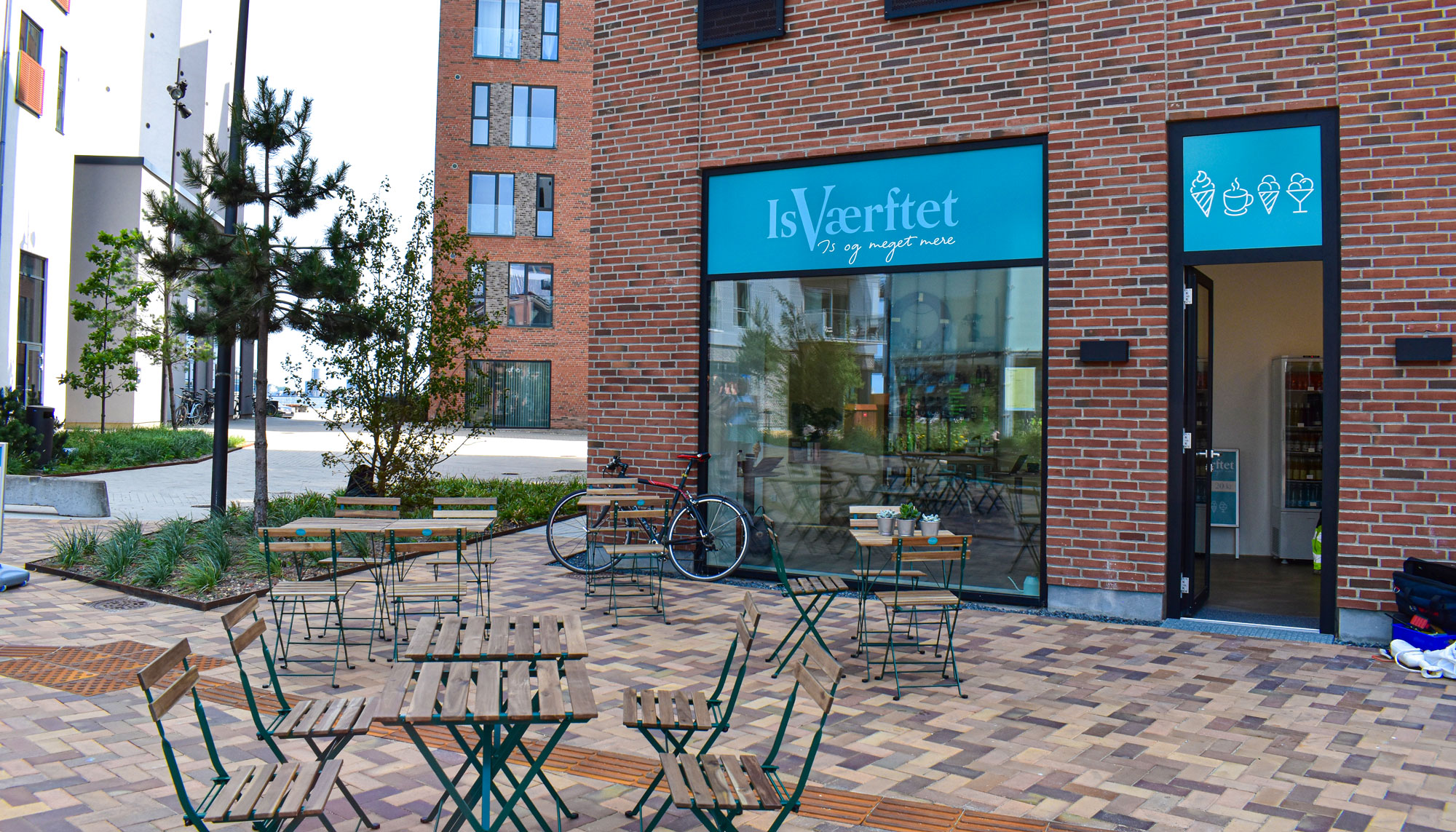 MyAalborg swung by to taste some of the goods and among other samples, we tried the so-called buttermilk ice cream – and it just about tasted like the best round of koldskål we’d ever had (‘koldskål’ is a cold dairy beverage or dessert eaten in Denmark, made from buttermilk and topped with a type of biscuit called ‘kammerjunker’).

“Most places it is called a koldskål ice cream. It is made from buttermilk and therefore has less fat than other types of ice cream – and of course it comes with kammerjunker toppins,” Lene explains.

Aside from ice cream, Freja and Lene also sell several other products, and they’re planning on expanding the range in time.

You can, among other things, buy cremes, syrups, a large selection from Lakridseriet, Karamelfabrikken, chocolate from Cocoture, and organic berries from Thy. 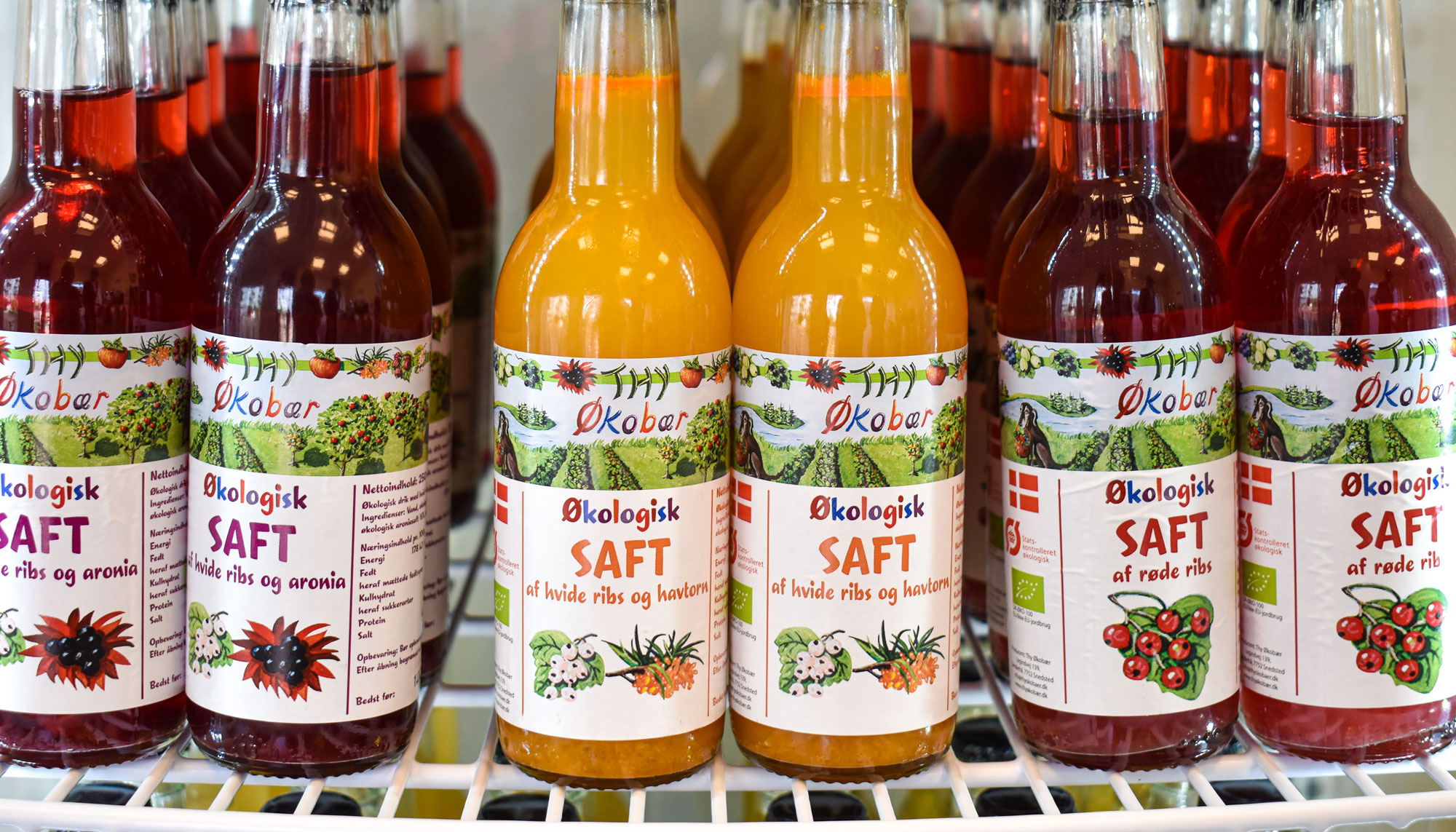 IsVærftet is open year-round and there are lots of dreams on the menu.

“We have already planned out a Christmas concept where we will be selling Christmas trees to the people living in and around Stjernepladsen. You will be able to pick up your tree and get a cinnamon soft ice on the way,” Freja says.