New warning: The storm will hit North Jutland the worst

The worst storm in two years is approaching Denmark – and North Jutland – with rapid speed.

It’s the storm named Malik, which is this Saturday afternoon will hit the shores, and it’s expected to last until Sunday.

DMI and TV2 Vejret (two Danish weather websites) have sent out a storm warning in the entire country, and now forecasts are showing that North Jutland will be hit particularly harshly.

At first, it appeared that Aalborg Municipality would stay clear of the worst of the storm unlike the rest of the municipalities in the region, but this has changed.

In fact, we can expect that winds will reach hurricane strength. 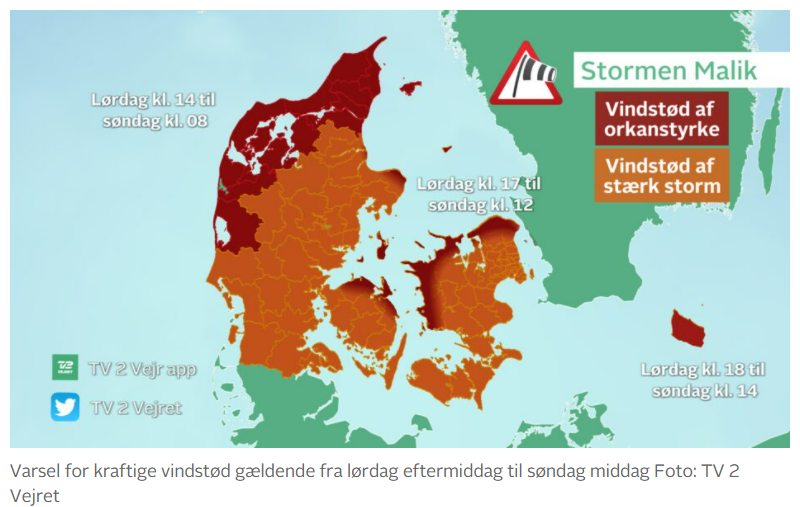 TV2 Vejret also states that the powerful and long lasting winds can lead to storm floods Sunday, which will make waters rise to historical heights. This can furthermore result in areas near coasts being flooded.

In Aalborg, it’s particular the western part of the city that is affected by floods, and one should particularly be aware of this around the area near Kulturbroen (the smaller bridge across the Limfjord).

“I think that we’ll especially remember the storm flood on Sunday when thinking back to the storm Malik,” meteorologist Sebastian Pelt says to TV2 Vejret.

The storm floods can turn out to be among the ten worst during the last 150-200 years.