Things to do / What's new

Plans are underway: Next summer you can jump from Limfjordsbroen

The main bridge over the Limfjord (Limfjordsbroen) is one of Aalborg’s major landmarks and there is probably not a single Aalborg resident who has not crossed it on land, at sea, or in the sky.

If you are among those who have crossed the bridge on foot, then you have probably also felt the butterflies in your stomach as you step over that small opening in the asphalt where you catch a glimpse of the 14 meter-drop down to the fjord below.

Maybe you have even thought about how fun it could be to take a leap off the edge – well, now you can actually consider that thought a real possibility.

During Idrætsmødet (an annual sports festival) the coming summer, there is a brand new and exclusive event on the program that has never been seen before in Aalborg: Bridge Jump.

150 people get the chance to jump

The current plan is that 150 participants will get the exclusive chance to do what is otherwise very much illegal – namely to jump off Limfjordsbroen.

Carsten Jørgensen and Jess Reese Jacobsen had a dream of using one of the city’s permanent installations for something completely new and are hence the driving forces behind the initiative.

“Most ordinary people have probably thought that it could be fun to jump off the bridge – and at the same time that it might not be so fun,” Carsten Jørgensen, who was one of the six people allowed to do a test jump from the bridge yesterday, explains.

Because even though it seems simple to “just” jump off the bridge, there is, of course, a lot more planning that needs to go into it than just that.

“It is clear that we can’t perform such a project without making sure that it is completely safe. And after having tested both the equipment and safety yesterday, we can say that the risks are actually lower than we had expected,” Carsten says. 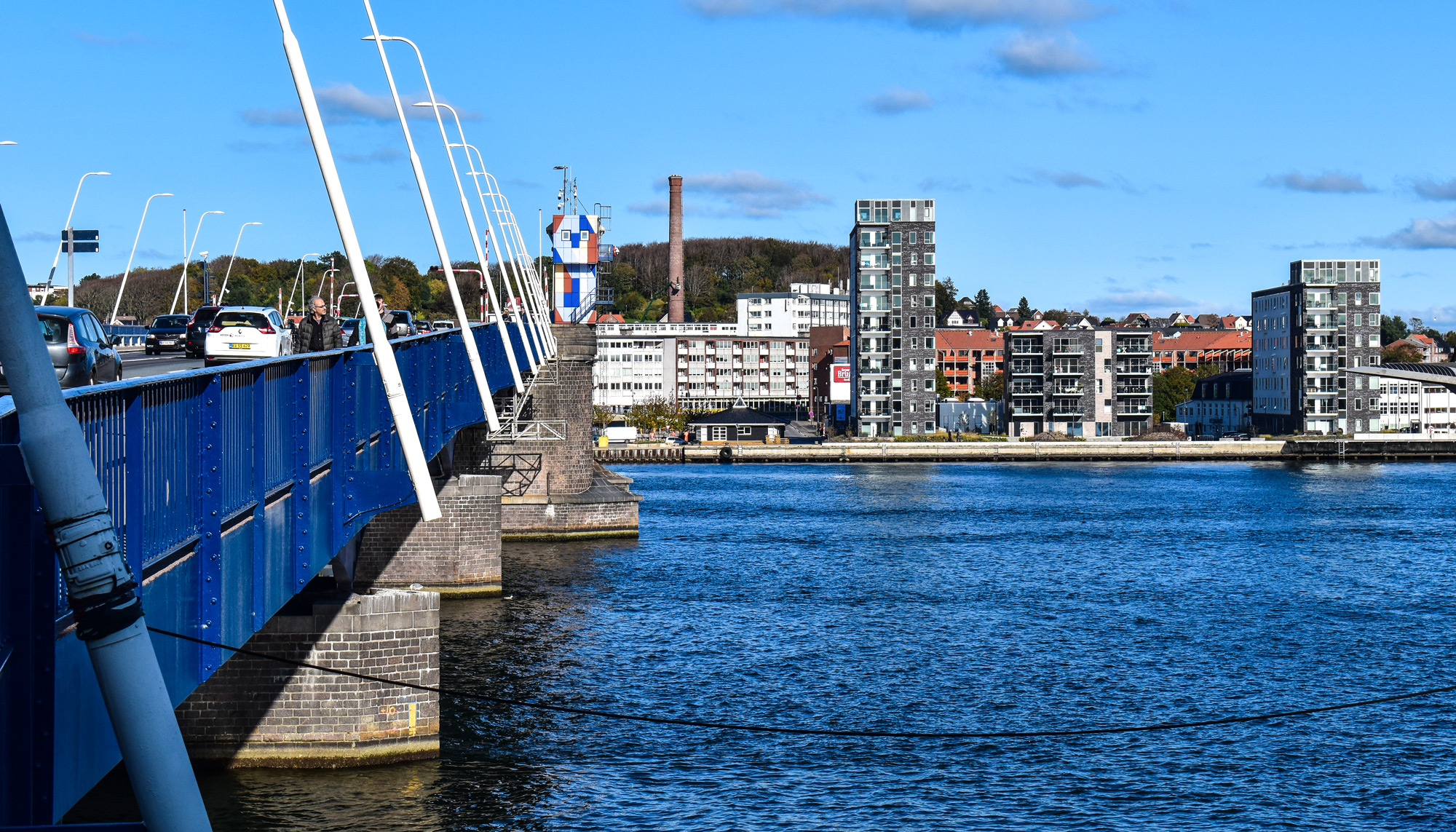 There are going to be lifeguards, a doctor and various safety boats positioned in and/or by the fjord just in case anything were to go wrong.

“The idea of doing a test jump was to make a concrete practical assessment of what could go wrong. Luckily though, it all went smoothly yesterday, so the whole event is starting to look more promising,” Carsten says.

But what will it cost?

The creation of Bridge Jump has taken place in collaboration with Nichlas Tougaard from Det Nye Sort, who is also behind the Waater Festival.

“Nicholas has, among other things, helped us to find sponsors so that we could set a ticket price that most ordinary people can afford. The current estimate is that it will cost around 500 kr. to participate,” Carsten explains.

If you dream of taking the plunge, then you can already start practicing. To participate, you need to be able to swim 600m and have previously dived from a 10m platform.

“We are collaborating with some swimming pools so that they can cross you off the list and certify that you can complete the 600 meters.

The requirement of having dived off a 10-meter platform is more up to your own common sense though, so you don’t get an unpleasant surprise when you are faced with the 14,” Carsten concludes.