Qualify for the finals: Eat as many hot dogs as you can in 15 minutes

Over time it’s become tradition that the king (or queen) of hot dogs is crowned right here in Aalborg.

Last year, lockdown meant that the hot dog eating and crowning of the Danish champion was cancelled.

But this year, Steff Houlberg has once again started the qualifications for the big final, which will be at Gammeltorv in the center of Aalborg.

Before we get that far though, the participants for the final must be picked.

If you want to try out your hot-dog-eating skills, you can try and qualify for the top 10 until August 15. If you advance, you’ll participate in the finals on September 3 at Gammeltorv.

Order a participation certificate for only 100 kroner and find out how many hot dogs you can eat in 15 minutes.

The record is 42 hot dogs

Naturally, the hot dog king is from Aalborg and has represented our city in the most distinguished way. However, he didn’t participate in 2019, and whether or not he will participate this time is doubtful.

The qualifiers are underway, and the finalists must be found from all around Denmark.

In Aalborg municipality, there are two places where you can eat to qualify.

These places are the legendary Maxi Grill in Vejgaard and Madværkstedet in Arden.

In addition, there are five other places in Nordjylland, including Pølsebiksen in Aabybro. 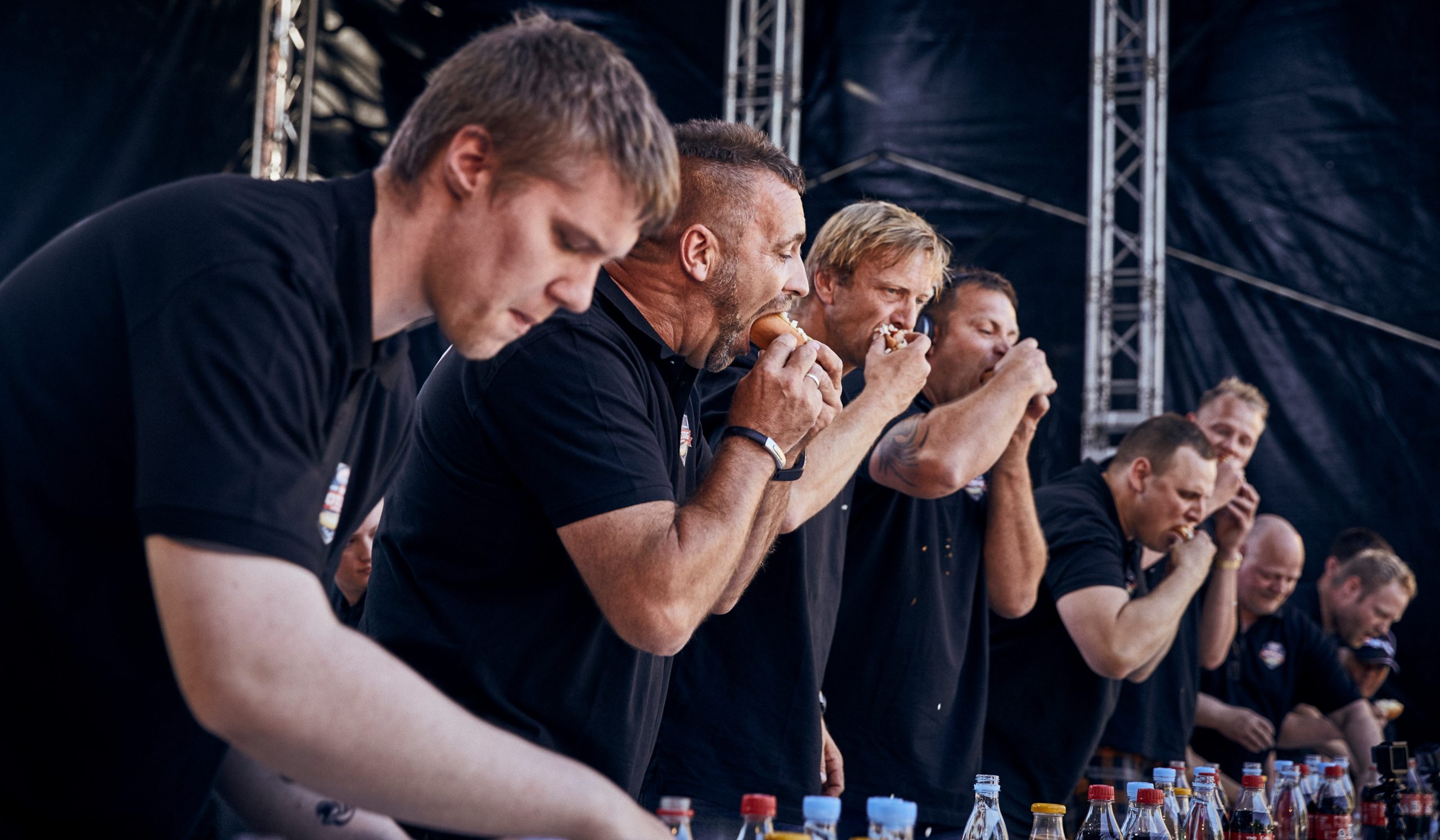 The first prize for the Danish Championships in hot dog eating is a travel card worth 20,000 kroner. But there are other great prizes for local winners.  For example, a weekend stay is up for grabs – and there are gift cards to be won as raffle prizes for all who try to qualify.

The rules are pretty simple – eat as many hot dogs as possible in 15 minutes.

The top 10 hot dog eaters will move forward and compete in the finals.  The big final event is held on September 3 in Aalborg at Gammeltorv.

Access to the competition – and initially 15 minutes in hot dog heaven – costs 100 kroner. As always, all the money goes to a charity project.

Profits donated to a good cause in Aalborg

This year, Fonden Børnenes Kontor in Aalborg can benefit from an economic saltwater injection.

“We want to once again make the Danish Championships in hot dog eating a fantastic and fun event for everyone.

The podium in Aalborg may seem far from your local sausage cart. Becoming the Danish champion might not matter much – so as long as you can eat more hot dogs than your best friend, mentor, colleague, father, or anyone else who is competing for bragging rights,” Christian Winther Eriksen from Steff Houlberg says in a press release.