Guides to Aalborg / Things to do

Spiders, ships, and snakes: Check out Aalborg’s most creative playgrounds

When out with the kids for a playground date, you will find giant spiders, ships, snakes Noah’s Ark, and a mini-house theme to highlight a few.

We have gathered some of the most eye-catching, fantasy-filled, and amusing playgrounds for the family to visit in Aalborg.

In Aalborg Øst there stands a giant black spider with a big slide rightfully named “Edderkoppen,” which stands for ‘The Spider’ in Danish.

The giant construction sparks fun and plays on your fear of spiders, so approach carefully and try not to get caught in the spiders’ web as you climb. One of course may not expect to see gaze upon a massive creepy-crawly bug in the dark. But if you are looking for this spider it hangs out at the playground between Netto and Lidl out in Tornhøj, close to the bus stop. 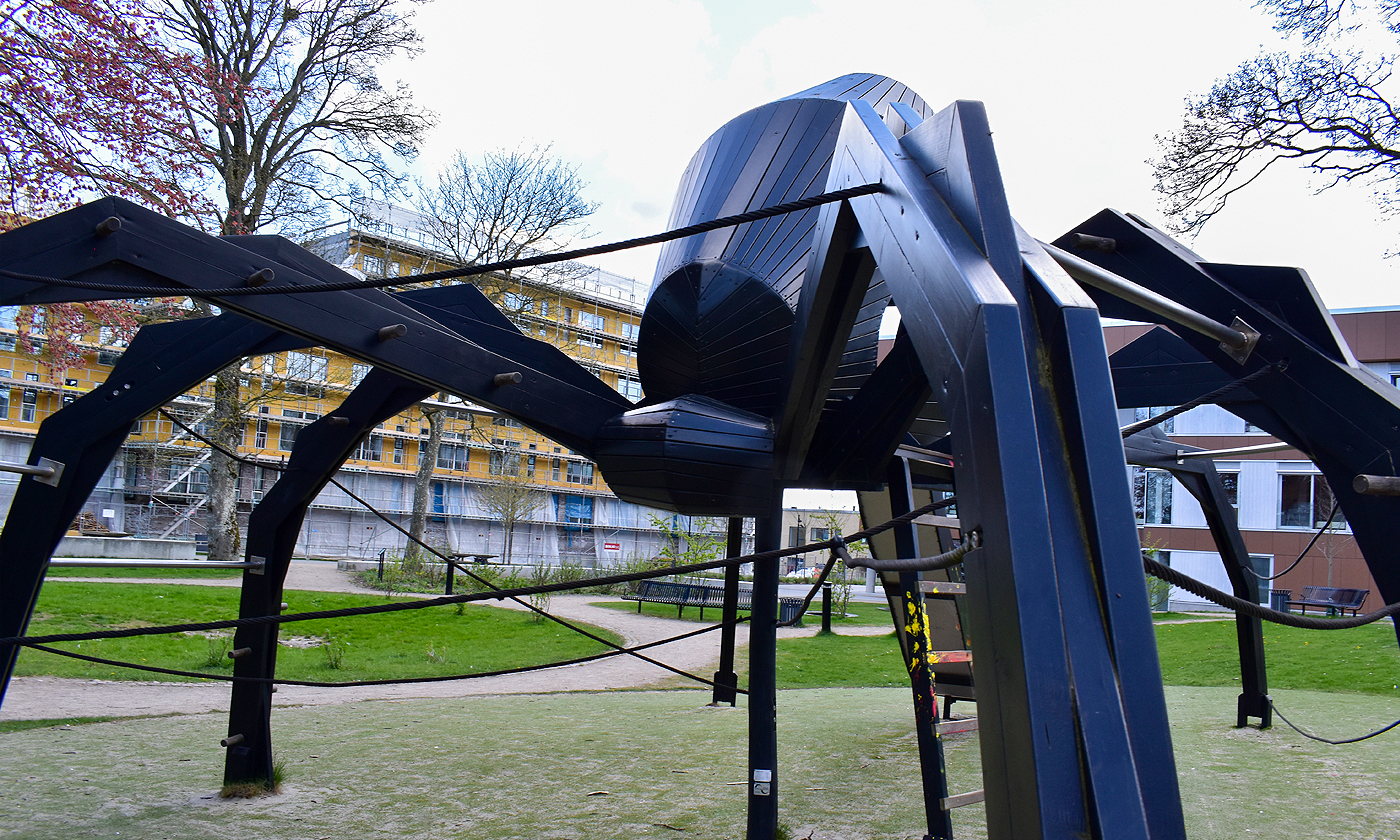 The renovation of Budolfi Plads included a dream plan for a green oasis and matching playroom that became a reality in 2019.

The playground is located in one of the most historic areas of Aalborg close to Budolfi Church, and the story of a snake in paradise emerged naturally as a theme.

The inspiration is made obvious by the shiny red apple wrapped by a winding snake.

Since the playground is located near Boulevarden and Budolfi Plads an area now known for greenery, there is a matching playroom that parents also benefit from. There is no doubt that many parents grab and enjoy a quick cup of coffee, snake or treat from the local shops while the kids play and play. 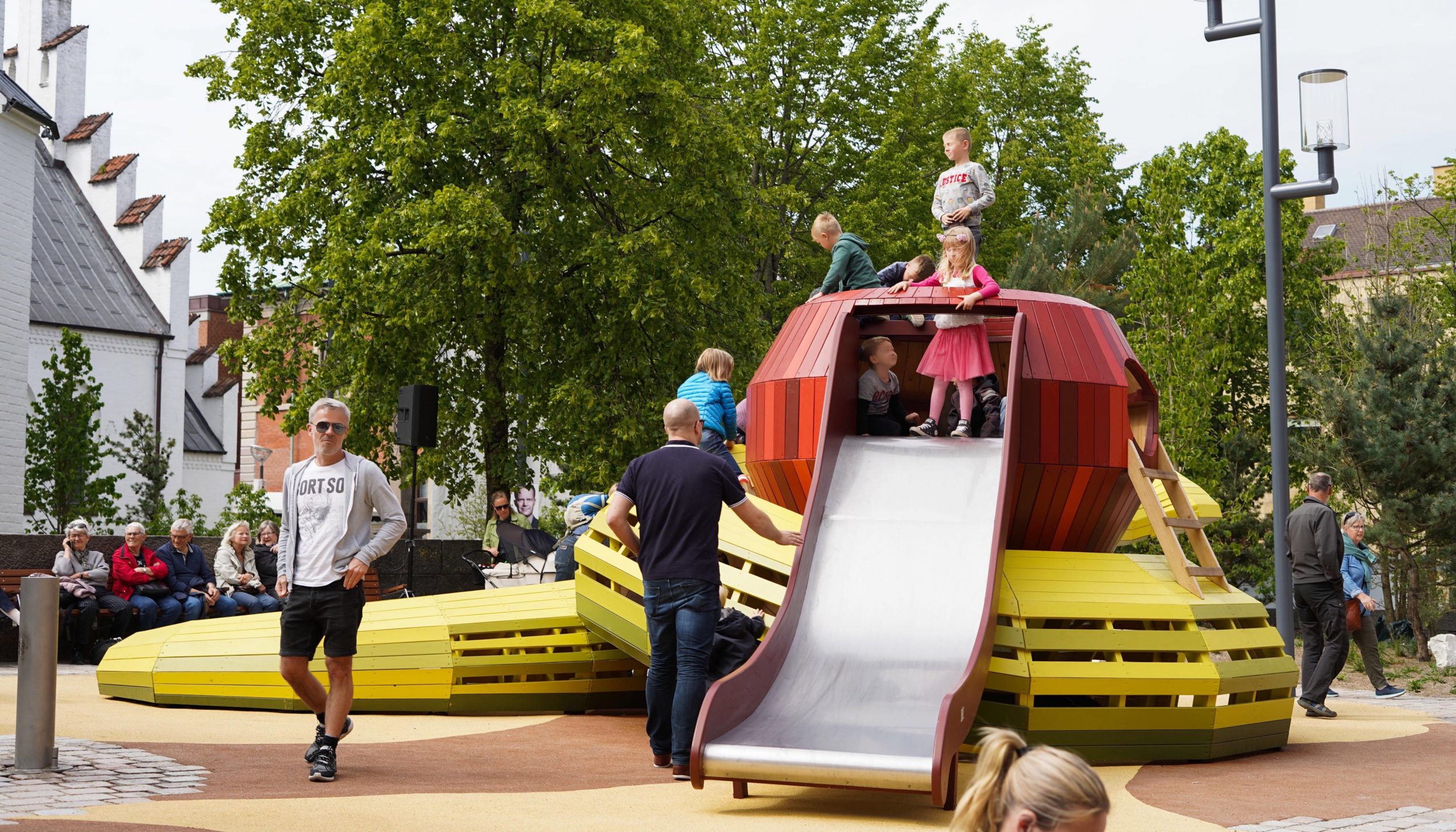 In addition to a golf course, forest, and green areas, Sohngårdsholmsparken most recently established a beautiful playground in 2021.

The playground has a Tarzan track, learning boards, a climbing wall, a carousel, swing sets, etc. There are so many options that appeal to the young and creative minds of kids.

Surrounded by trees and green it is easy for the children to imagine themselves being in a Tarzan film. A gorilla might be needed – surely a role a friend, parent, grandparent, or sibling could fill.

The playground in Sogngårdsholmsparken is located in the northern part and faces Humlebakken. 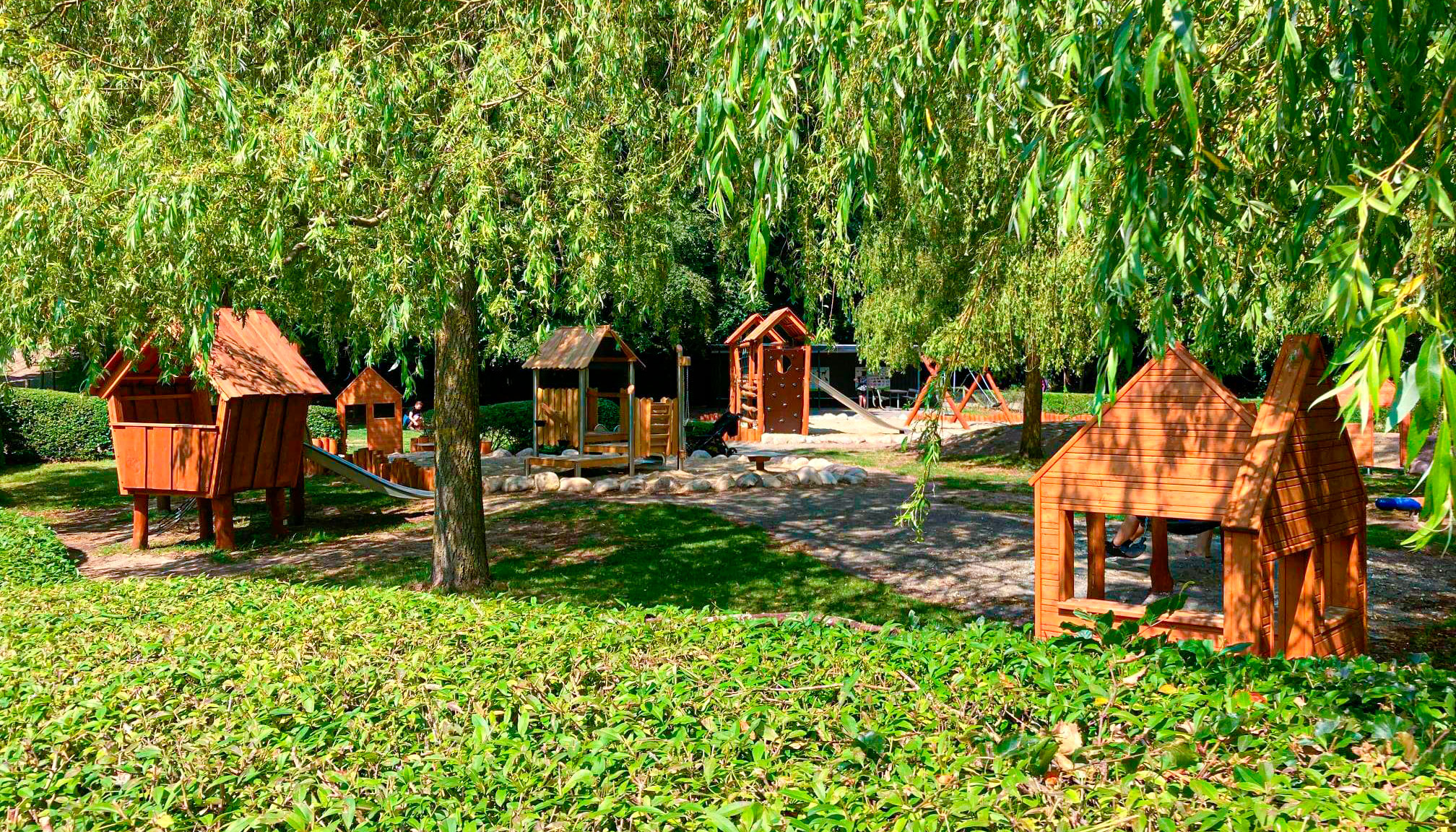 One of the newest play areas is located at Frederikstorv and without a doubt provides a most artistic portrayal of a modern Aalborg. However, there are mixed opinions.

The small metal house sculpture captures the light in a magnificent way when viewed from the right direction. The mini-house captures the architecture of Danish house style and therefore is an unconventional playground theme.

However, conventional or not, children are seen playing there daily, and the area is an excellent addition near the bus stops. So the playground is beautiful for those passing by or waiting for the bus and those creative young minds who only see the fun and worry less about the convention. 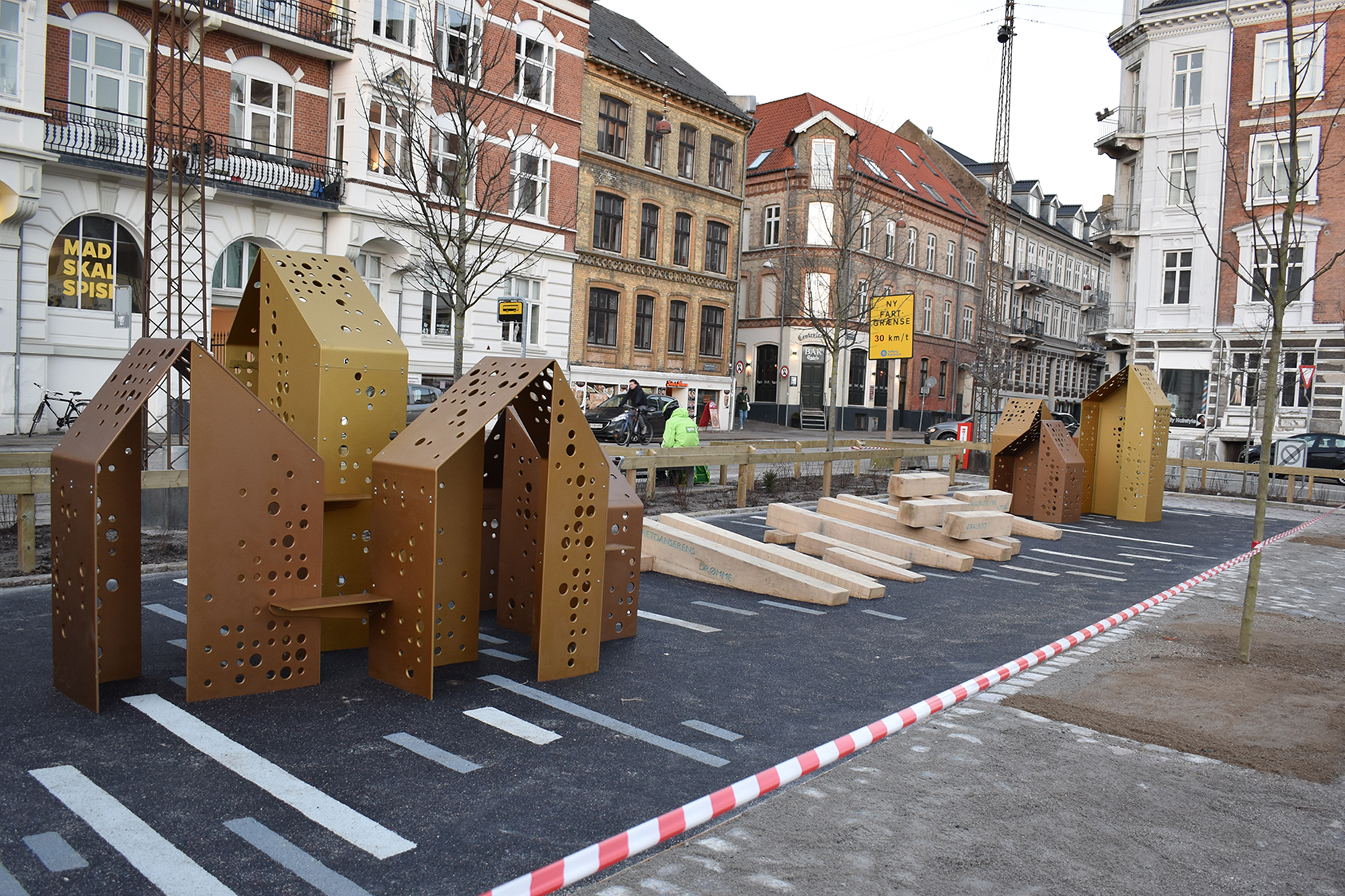 Now let’s talk about a ship on land.

Out by the amusement center, Springeren, in Aalborg Vestby a new playground called  Aalborg Minimarina was built in 2018 and has been an attraction for many children ever since.

The playground is centred around a magnificent play ship with a sandbox. The play area is a natural extension of the sailboats and water areas.  Sometimes you see visitors playing with remote-controlled boats which can be rented from Springeren.

The playground is part of Springeren and thus is included when you visit the amusement center.  There are plenty of other activities at the center so it is worth the visit. 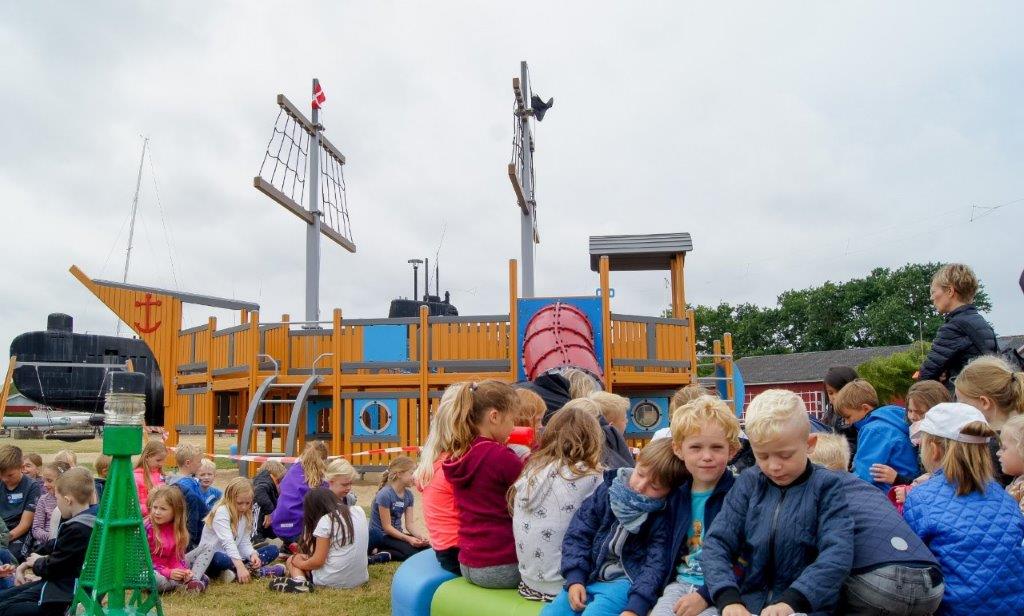