Aalborg Zoo is known for their Christmas at the Zoo. But Aalborg Zoo now plans to  prioritize other events throughout the year.

The next big event has just been revealed. This time, it will be on the spookier side, but still something for the whole family.

But now, the extinct species are honored with their own graveyard at Aalborg Zoo.

The occasion is Halloween, the party of the dead. In Aalborg Zoo, it’s naturally extinct animals that are remembered and celebrated with a Spooky Halloween party for the whole family during the autumn holidays from 15-23 October.

“We are making a cozy and spooky Halloween with great spooks and of course, lots of glowing pumpkins and beautiful autumn decorations in the garden, but from the dark corners of the garden, nocturnal animals, land reptiles, and all sorts of creepy-crawlies will be lurking.

So hold on tight and ready yourself for chills and goosebumps,” Henrik Vesterskov Johansen, Director of Aalborg Zoo, says.

Creepy crawlers in the cracks

The Halloween event can be traced back to the Celts, who held feasts to honor the dead and celebrate the harvest.

The celts lit bonfires and made lanterns, originally from turnips which later turned into pumpkins when Irish immigrants brought the tradition to America. 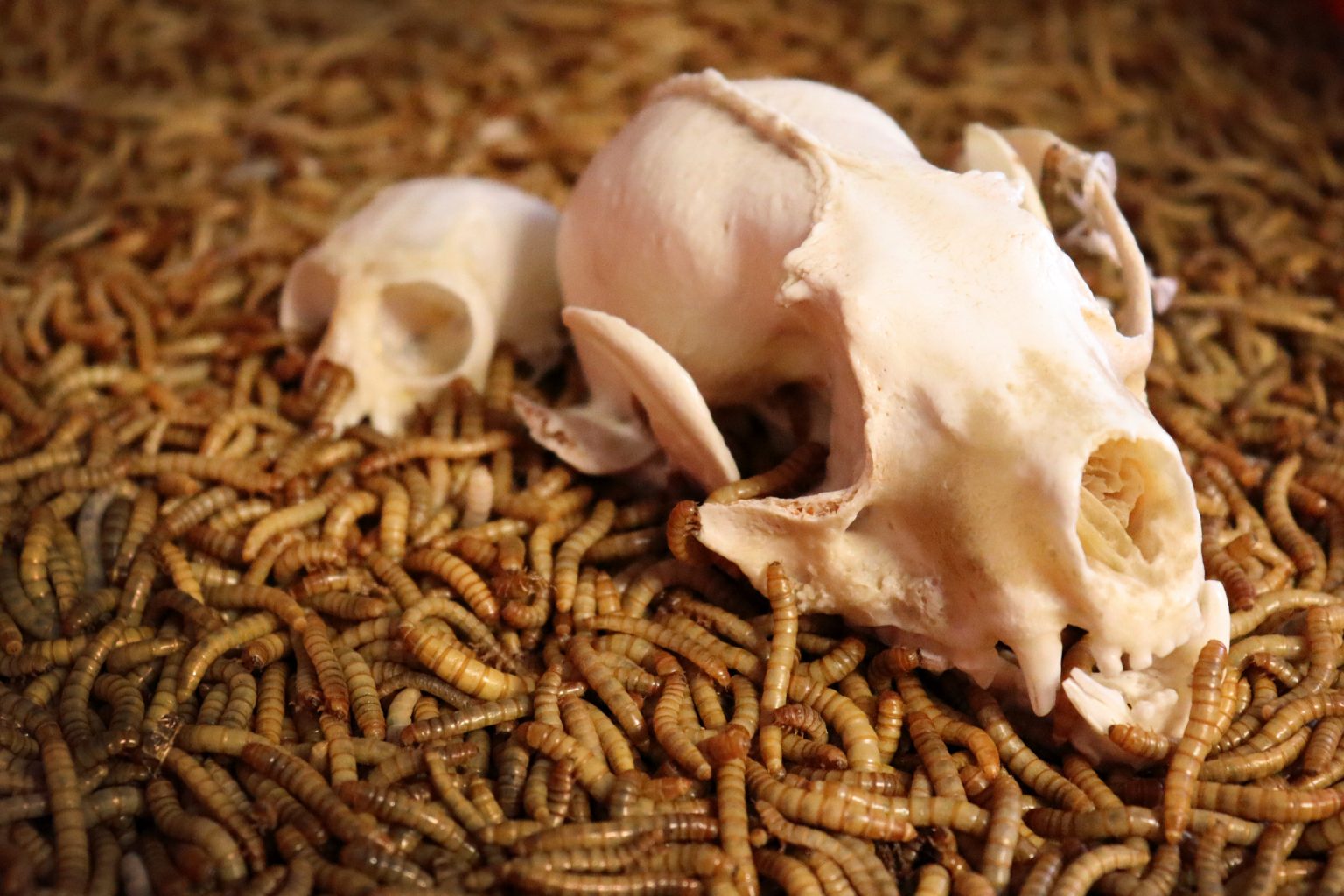 But Halloween at the Zoo is all about the animals, especially the small, creepy, crawling ones.

“Venture into the dark tiger tunnel, and you’re guaranteed a proper scare. Because here, no one really knows what’s hiding in the corners, alive or dead,” Lars Jeppesen, who is behind the design of the Halloween event at Aalborg Zoo, explains.

There will also be plenty of chances to get up close to a wide range of creepy crawly critters and even confront a phobia or two.

The South American Trope House serves tantalizing samples from the insect kingdom and the African Village offers the option to experience something as rare as a baoBAT tree.

“We have bats very close to the zoo, more precisely in Urban’s basement in Forest Valley, where they hibernate, and therefore we thought it was the obvious choice to let bats ‘move in’ in the darkness of the large baobab tree,” Lars Jeppesen continues.

Ghost factory and a cruel surprise

To create the right Halloween atmosphere, a small ghost factory has been set up at the Zoo and the first creatures from the underworld have already started to take over the garden.

“And by the way, you can look forward to a particularly gruesome and horrifying experience right in the middle of the Zoo, but it will be a surprise for those who are really brave,” Lars Jeppesen says.

You can read more about Halloween at the Zoo here.

If you really like horror and being spooked for real, then the wildest house of horrors will be held in an abandoned area in Aalborg at the beginning of October.