Most Danes are familiar with Folkemødet on Bornholm, which is a festival that facilitates democratic dialogue between civil society, politicians, business, media, universities, and citizens.

The festival is an unique way of meeting the country’s politicians as well as opinion makers, journalists, and grassroot activists.

Upon the realization that it makes a lot of sense to have an international version of Folkemødet, a new festival has been created.

The name is: Political Festival of Europe.

Incredibly enough, the lucky city which gets to host the new festival is located only 60 kilometers south of Aalborg in the city of Mariager. 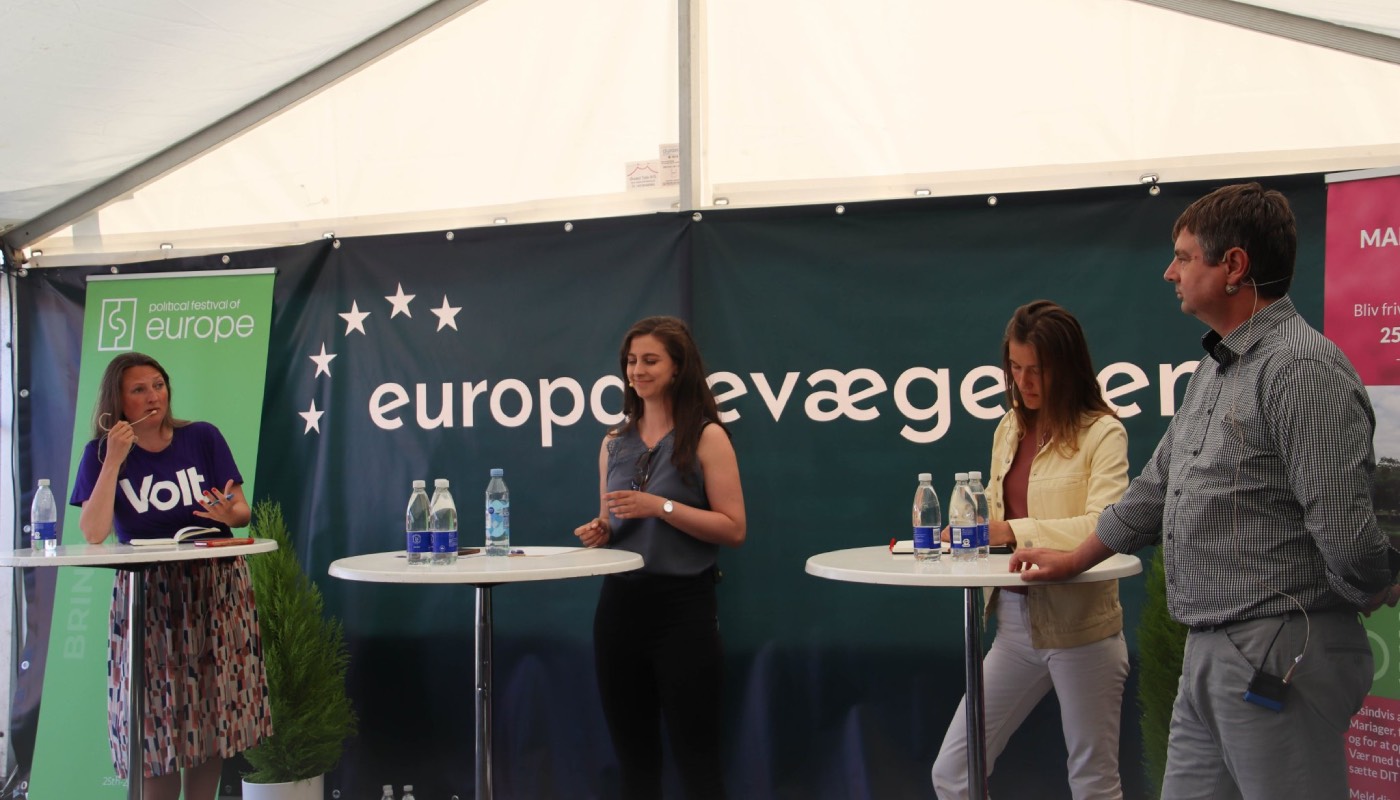 Mariager is hosting something new and exciting. The organizers call it a “European festival for citizens” – and it takes place from Thursday, August 25th to Sunday, August 28th.

European politics, musical experiences and cultural events will go hand in hand for four days and attract thousands of people.

It’ll be geekery in international politics and European culture.

You get the chance to meet six European ministers, 12 ambassadors, businesses and organizations from more than 30 countries. And you get up close with decision makers in Denmark and Europe.

A festival for all

The Political Festival of Europe is for everyone – and it’s free.

You’ll be able to experience more than 200 events on 7 stages and 28 tents during the course of four days. Debates and talks will take place in English and Danish.

You can enjoy music, and there’ll be plenty to do for children as well. You can also explore food stalls with food from all over the world.

An international pearl in North Jutland

It is amazing when people meet, and opinions are shared in an informal and public context,” Mogens Jespersen, mayor of Mariager Municipality, says. 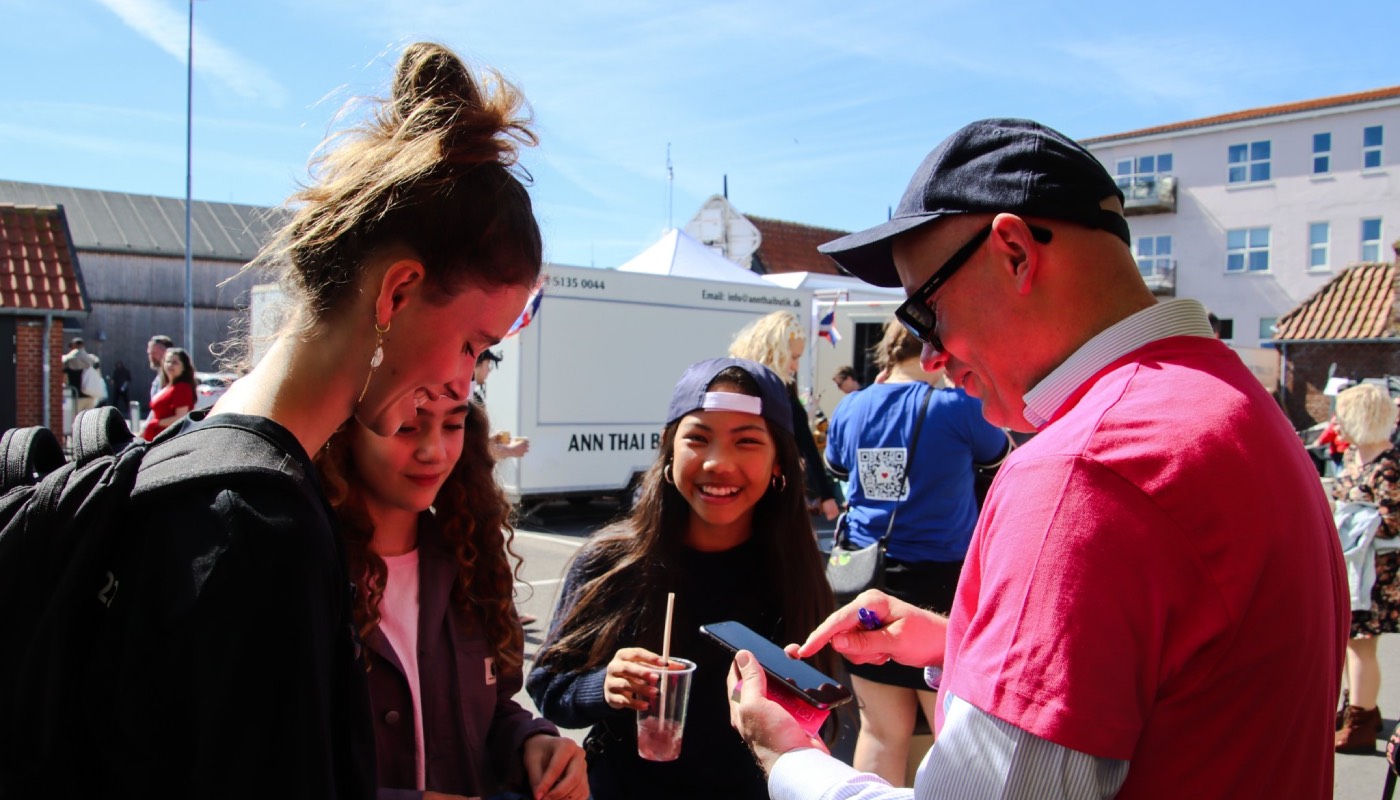 The main sponsor of the festival is the business Eurowind Energy, which is placed in Hobro.

“Our business is active in 13 European markeds, and we greatly benefit from European cooperation. It is an honor for Eurowind Energy to contribute to the local community.

And it is totally natural for us to support a big new initiative in the local community,” Jens Rasmussen, CEO at Eurowind Energy, explains.

Eurowind Energy develops, builds and manages wind- and solar-parks and has a big focus on the transition to more green solutions – just as the company is occupied with the democratic challenges that have appeared following the war in Ukraine.

Children are also curious about the world – and cannot avoid hearing and sensing the international situation.

The program is filled with exciting names.

There’ll be a lot of politicians and opinion makers present at the festival.

And many others – for example participants from the Nordic Council of Ministers, the Danish Cultural Institute in Saint Petersburg, and Eurowind Energy.

On Thursday there’ll also be music by the Danish-Greenlandic troubadour Rasmus Lyberth with Jane Clark, Ole Frimer Blues, and the orchestra Klezmofobia.

The member of the European Parliament Morten Løkkegaard. Former Minister and now CEO in Green Power, Kristian Jensen. President of Africa in Europe Gabriel Mwogo. Journalist Jakob Nielsen. And many others.

The Minister for Security in Bosnia-Herzegovina Saša Kecman. Member of the European Parliament Margrete Auken. And many others.

Music will be played by Emmelie de Forest, and she’ll also be participating in a debate. The Courettes, a Danish-Brazilian band, and One Love Marley Band will also perform.

Sunday starts with a morning song and is followed by a concert with Mariagerfjord Juniorkor, guitarist Anders Mikkelsen, and Miriam Mandipira & Organic3. Around midday, the festival will close.

“We want to create a platform where everyone can come and talk about political questions in a great atmosphere.

At the same time, it is important that ordinary citizens can be close to the opinion makers of Europe. Everyone is welcome, and see you in Mariager,”  Jan Bertelsen, CEO of Political Festival of Europe, says.

The program is filled with four days of plentiful experiences with true international energy. And one thing is certain: The Political Festival of Europe is here to stay.

And remember to download the festival’s app, ‘Political Festival of Europe’.

What: Political Festival of Europe
Where: Torvet 1, 9550 Mariager
When: Four days, from Thursday to Sunday
Website: www.pfoe.org