We’ve got a vintage activity for you if you’re looking for something fun to do during the Autumn holidays.

On Wednesday the 19th of October and Sunday, October 23rd, the old locomotive and its carriages will run on the Limfjord-train tracks.

On the 19th at 11:00, the Limfjord-tracks steam locomotive will depart from Aalborg station towards Østhavnen as it has done for the past 50 years.

The train crew is dressed in railway uniforms, matching the old train. The train is, therefore, ready to journey back in time.

The train journey begins with a chauffeur signaling departure. The carriages slowly start to rumble, most noticeably on the 3rd class wooden benches, but more muffled in the padded seats.

During the ride, you can experience the old teak carriages built for private Danish railways between 1901 and 1933.

The ride heads south of Aalborg through Østeraadalen, past Gug and Gistrup, then turns north and drives along the new hospital and on to Østhavnen.

The train stops at Østhavnen, so there’s time to stretch your legs and have a coffee, etc., as it would be on the original trips. Two hours later, the train returns to Aalborg station. 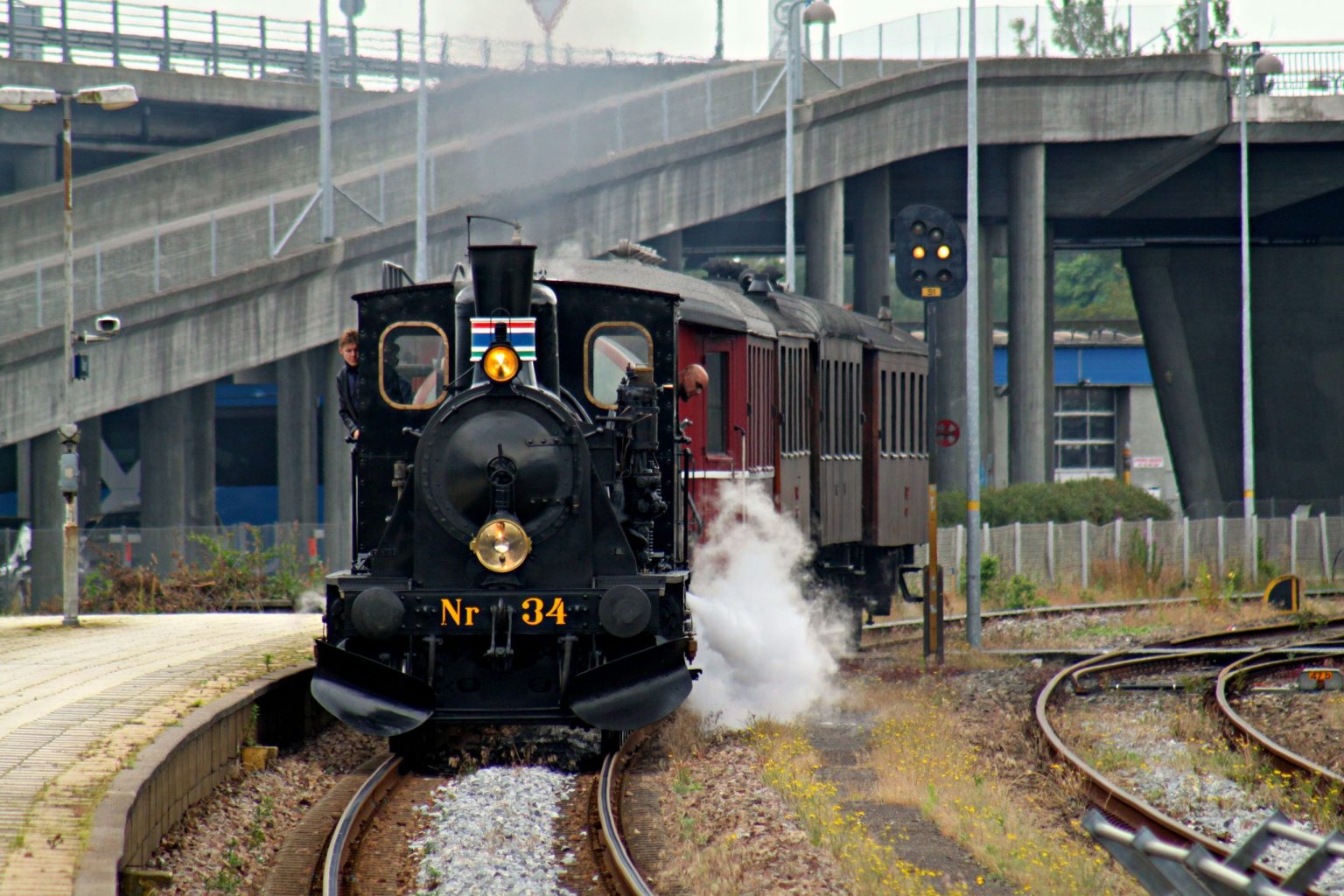 When the railway came to Aalborg 150 years ago, about 11,700 people were living in Aalborg, and Skørping was just a couple of houses by the edge of Rold Skov.

Both stations were built on open land. There were three departures each way by train and about 165 daily passengers to and from Aalborg station.

Times, prices, and how to get tickets can be found here.