Whiskey worth one million: Denmark’s craziest Johnnie Walker collection on exhibit in Aalborg

Aalborg got its very own whiskey bar in 2019.

Although the many corona restrictions have severely challenged bars, restaurants, and cafés, the whiskey bar on Hadsundvej in Vejgaard has become quite an attraction.

Behind the bar is whiskey enthusiast Rune Holm, and he’s preparing a great draw.

He describes himself as the biggest Johnnie Walker nerd and from May 6 he’s showcasing an impressive collection, which has no parallel in Denmark nor Scandinavia.

Worth more than one million

The owner of Whiskybaren Kahytten, Rune Holm, has collected Johnnie Walker bottles for more than ten years and his collection now contains more than 350 different bottles that are worth more than one million kroner.

For years, it’s been Rune Holm’s wish to exhibit his large collection – and invite people into his universe.

It all started with a bottle of Red Label won over a game of poker and through the years, it’s developed into both a hobby, passion and a career.

After moving from Copenhagen to Aalborg and reconsidering his career as a primary school teacher, Rune decided to switch tracks and follow his dream of opening his own whiskey bar – with a focus on Johnnie Walker. 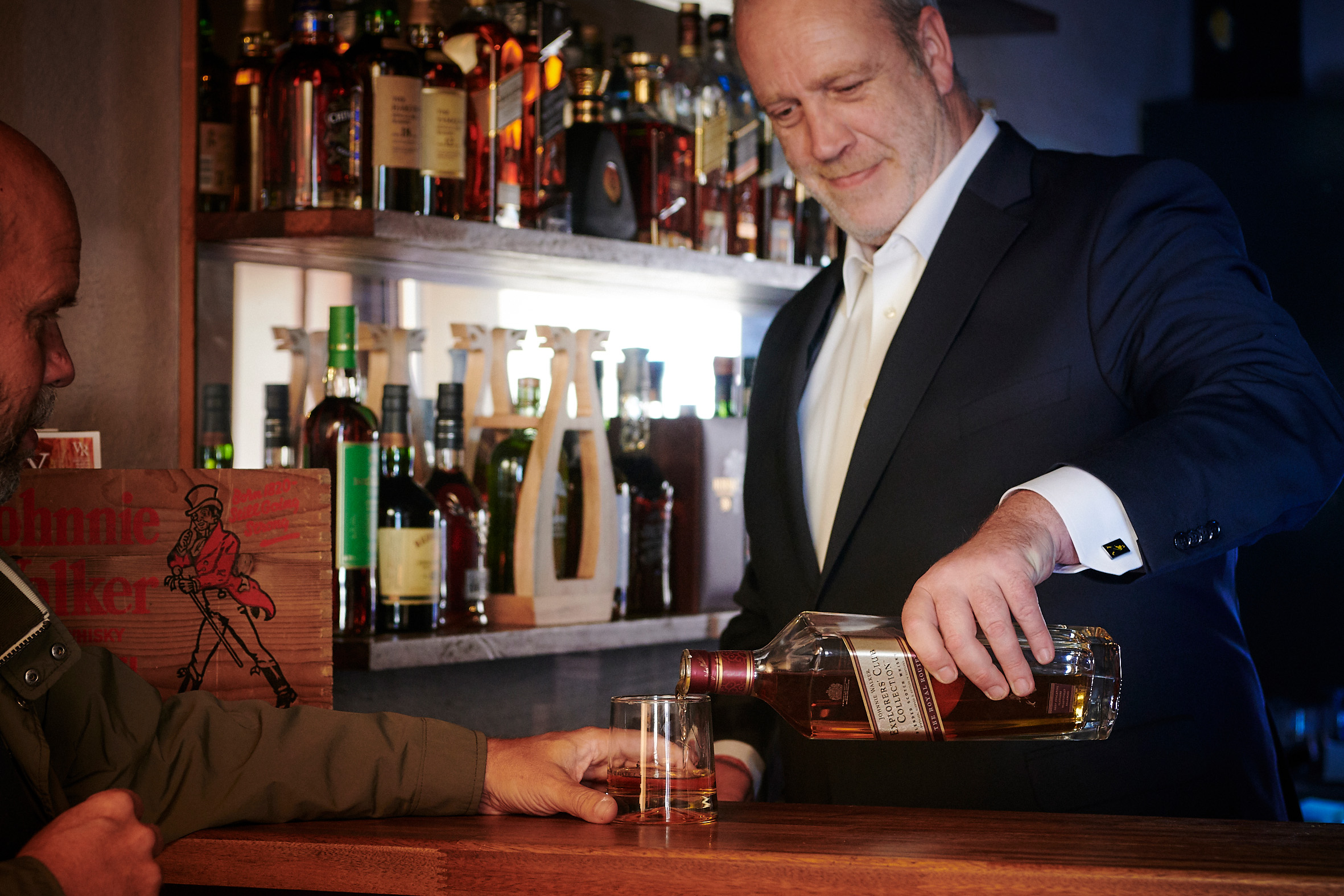 Now he’s decided to showcase his collection to the public when the whiskey bar reopens on May 6.

The exhibit lasts four days and according to Diageo Danmark and several of Denmark’s leading whiskey experts, it’s the largest collection of Johnnie Walker in Denmark – or even Scandinavia. And it’s one of the world’s largest private JW collections to be exhibited publicly.

Although Rune has a large collection of bottles from the Johnnie Walker brand, it’s Blue Label which is closest to his heart.

That is why you’ll find some of the rarest bottles that exist among the 145 Blue Label bottles.

Guests will be offered a glass of champagne or a glass of Blue Label (as long as it’s in stock).