Gigantic ice cream and giant burgers: Here is your guide to super-size portions in Aalborg

Less is more … says the wise.

The super hungry may not fully agree.

So if you are hungry like a wolf then quantity matters.

To lead you to satisfaction, we created a guide of super-size-inspired American-style meals.

Loosen your belts and read on:

You cannot think about summer without having visions of ice cream – and a lot of it. For this reason, we kick off the guide with ice cream from Vestre Fjordpark’s Café SALT.

They recently announced a new frosty treat, which is not big but rather gigantic.

Kaj ice cream – named after the park’s former pool attendant – offers a whopping 25 scoops of ice cream, 1 chocolate muffin, 2 donuts, topped with 1 soft ice cream and your choice of sprinkles.  So many flavors to choose from.

If you like, you can also get some guf (marshmallow) on the top or between your scoops if that is your thing.

The gigantic Kaj ice cream costs 199 kroner and is for those with an ice cream fever and those who are hardcore ice cream eaters. 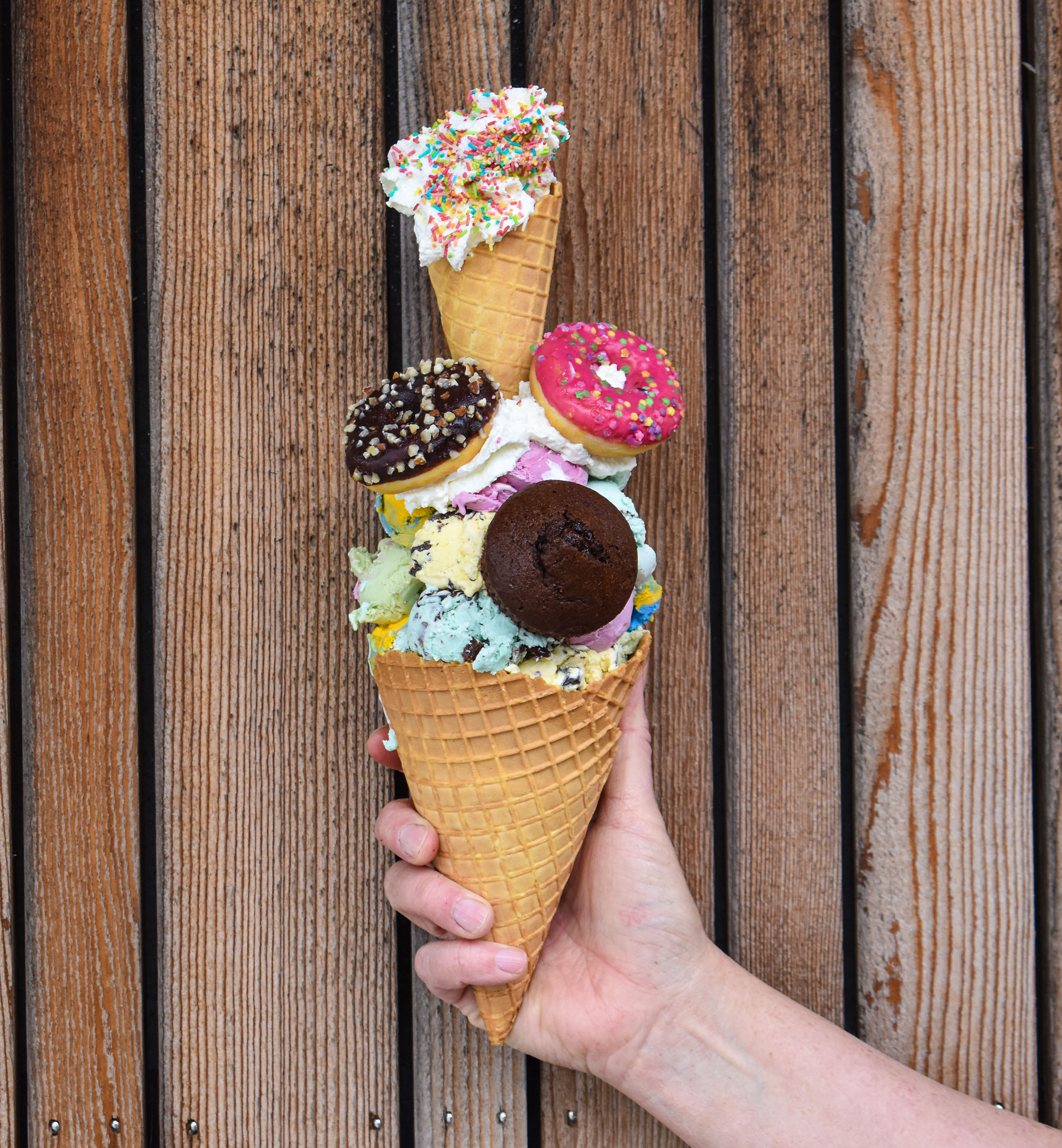 Now for some classic Danish cuisine to fill our bellies.

Why not try out a mega-tartlet from Kronborg on the island Egholm where the tartlet is as big as a soup bowl filled with creamy chicken goodness.

This tartlet has a puff pastry shell of 15 cm in diameter, which was baked by the Othello Bakery.

When the homemade creamy chicken goodness fills the bowl, the tartlet nearly weighs a half-kilo.

The crispy puff pastry shell is a perfect complement to the creamy filling.  Consider it a duty to eat a sizeable national treasure – and you will feel like royalty as you dine with the view of the Limfjord.

The grill Sulten in Reberbansgade is the new kid on the block.  Nonetheless, the place makes an impression and sets their own style as they release one burger hit after another.

One of these hits is called the “Gigantic Experience Burger” – and they just might be right.

The gigantic burger has got the right stuff. It includes a whole kilo of beef, topped with red onions, peppers, cheddar, melted Havarti and ultimately wrapped in an American burger bun.

Alternatively, you could order the appetizer version of this super-size burger with half a kilo of beef instead. 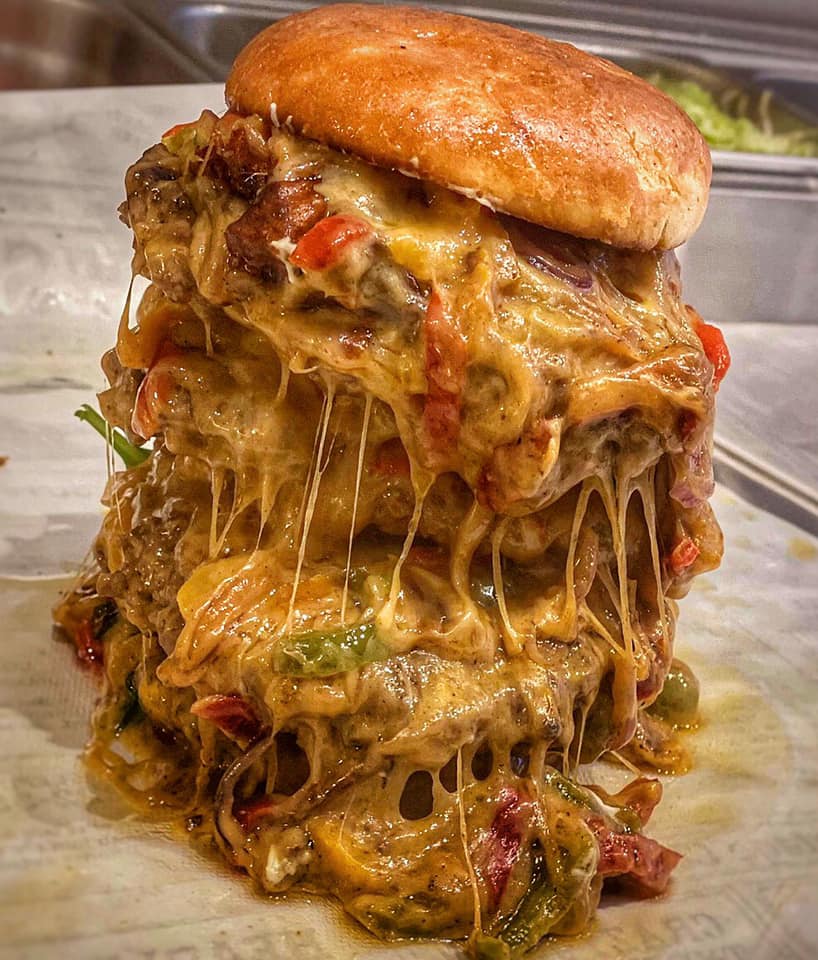 Did you know that Aalborg’s largest pizza is made at Vejgaard Super Pizza? This is because their pizza can barely fit through the front door of the pizzeria.

This pizza enters the ring with a diameter of 60 cm and weighing three kilos – so place your bets on this winner.

According to the pizzeria, they sell over 500 super-size pizzas yearly. If you are planning to share, there is the option of dividing the pizza with different toppings and flavors.

The Super Family Pizza comes in 12 varieties and costs 230 kroner. It is recommended for six persons to share. 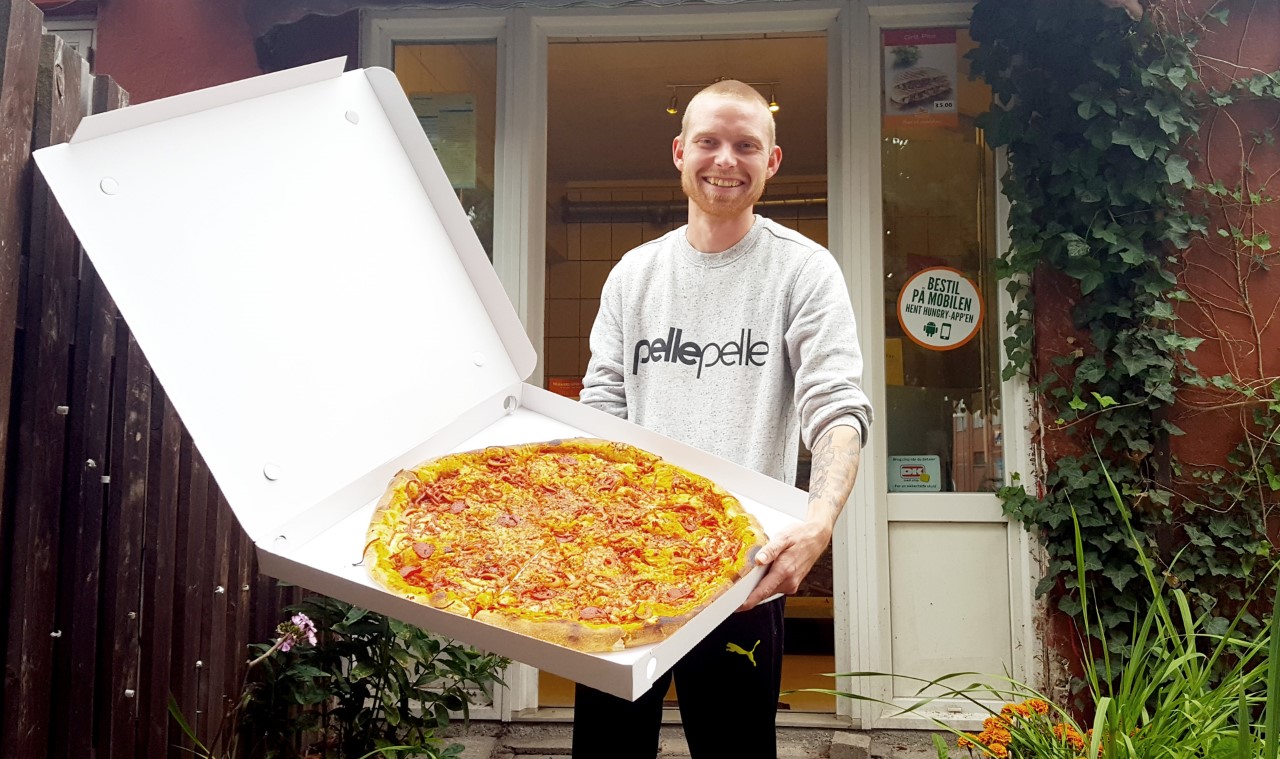 The legendary Jin Shing at Hjørringvej concludes our list of super-size offers.

Jin Shing not only makes a Jumbo-burger, but they also offer the largest spring roll in the Aalborg area.

Instead of eating two or three spring rolls before feeling full, you can order a super-size spring roll.  The giant spring roll covers a plate entirely and is stuffed with a delicious filling.

Just ask for their giant spring roll the next time you order. 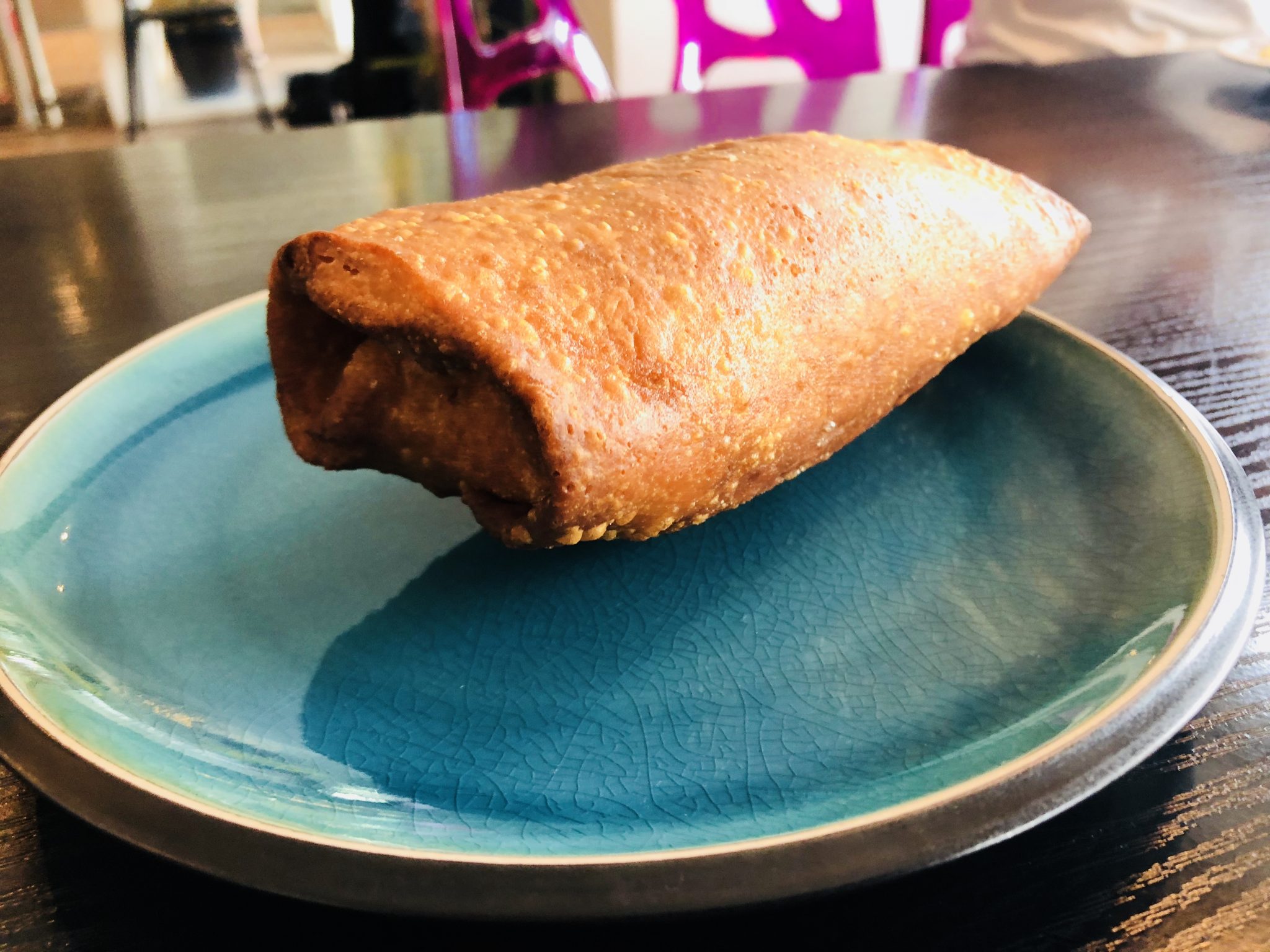 SUSHI FESTIVAL IN AALBORG OVER THE NEXT TWO WEEKS

Perhaps you rather enjoy sushi, and although there are no super-size Sushi-boxes, there is quite a selection because the Sushi Festival is up and running again.

Until June 20, you can choose from an assortment of delicious sushi boxes from some of the best places in Aalborg. The boxes have 22 to 26 pieces and start at a great price of 115 kroner.

You can read more about it here.