For many, 2020 was the year… where Aalborg got four new donut shops in just two months.

In hindsight, that may have been a bit much – as currently there are “only” three left.

One of them is La Donuteria in Nørregade, which made itself unique by offering freshly baked donuts completely from scratch, every single day.

Against all odds, the romantic little donut shop made the cut and can celebrate its very first birthday in Aalborg in just one week.

A day that will be celebrated with donuts for the net sum of just 10 kr. That will be on Friday, August 6.

In addition, La Donuteria tells us that they want to challenge the people of Aalborg a little: If La Donuteria reaches 2500 followers on their Instagram page before their birthday, then they will extend their incredible offer by one whole day.

That would mean that you could get a donut for 10kr on both Friday and Saturday.

If you want to increase the chances of that happening, then you can follow La Donuteria right here where they will also keep you up-to-date with their current selection. 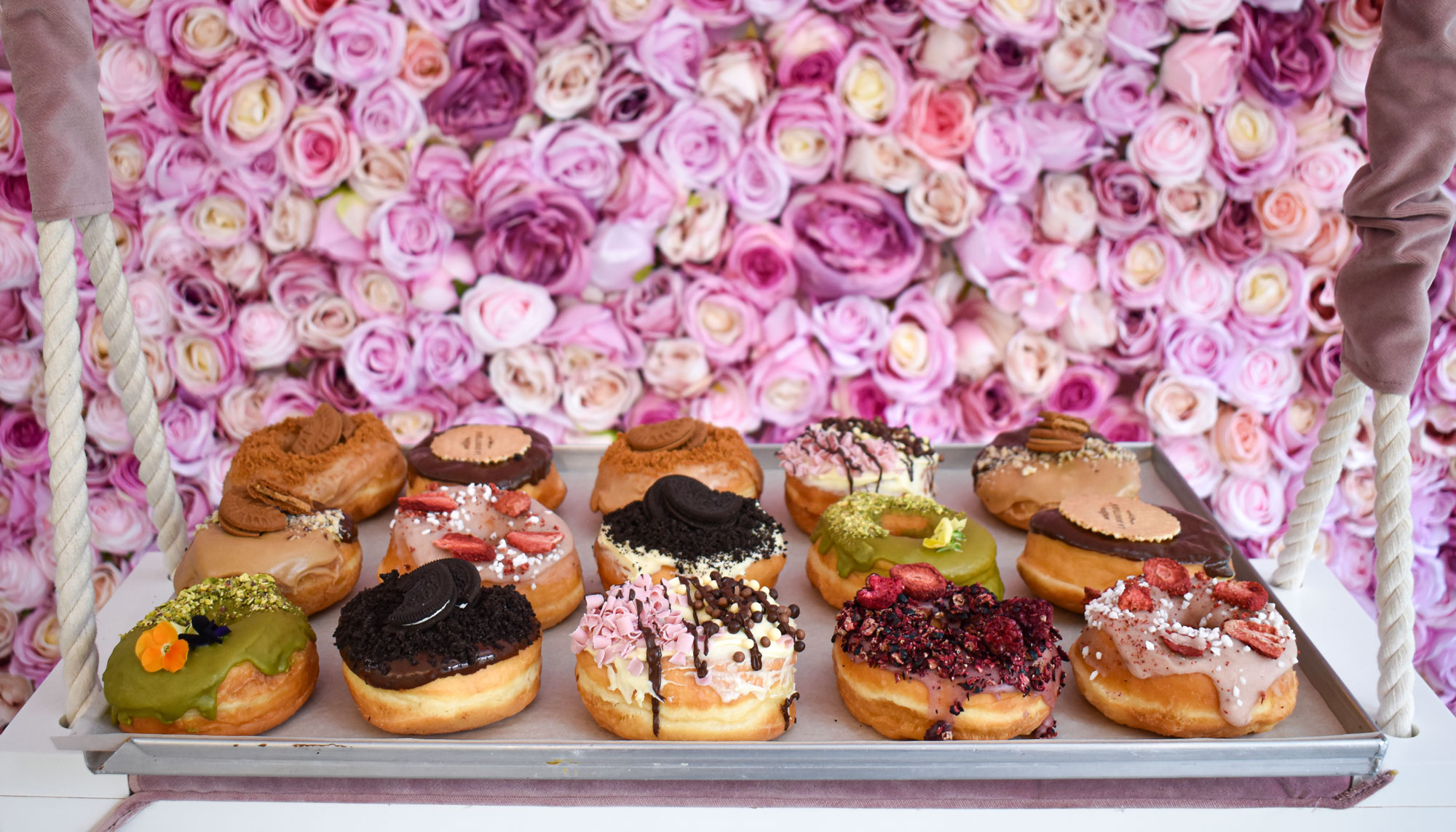 La Donuteria’s first birthday will be on August 6 where anyone and everyone can drop by for a donut at the city’s sharpest price.

“We want to bake for as many as possible so the offer only applies for one donut per person.

If you want more throughout the day though, you are more than welcome to come by and stand in the queue for another,” Tomas Sitarik says. He is responsible for the franchise along with his friends Adam and Thomas.

The selection on the 6th (and possibly 7th) of August will be: 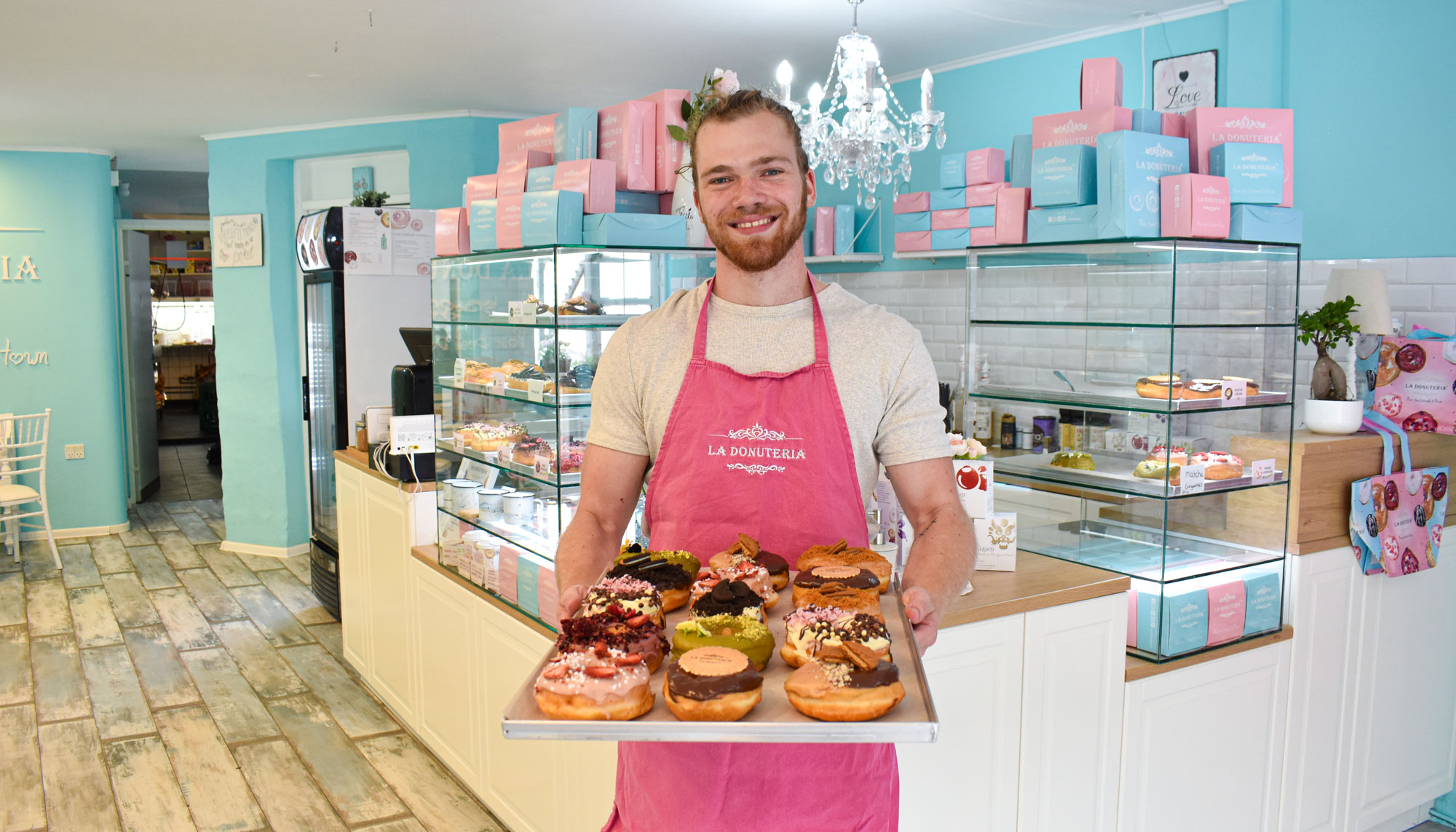 A different first year in Aalborg

To open an international donut shop in Aalborg at the same time as three competitors – and just a moment before the city was (again) hit by lockdowns was not exactly the easiest start for a new entrepreneurial adventure. 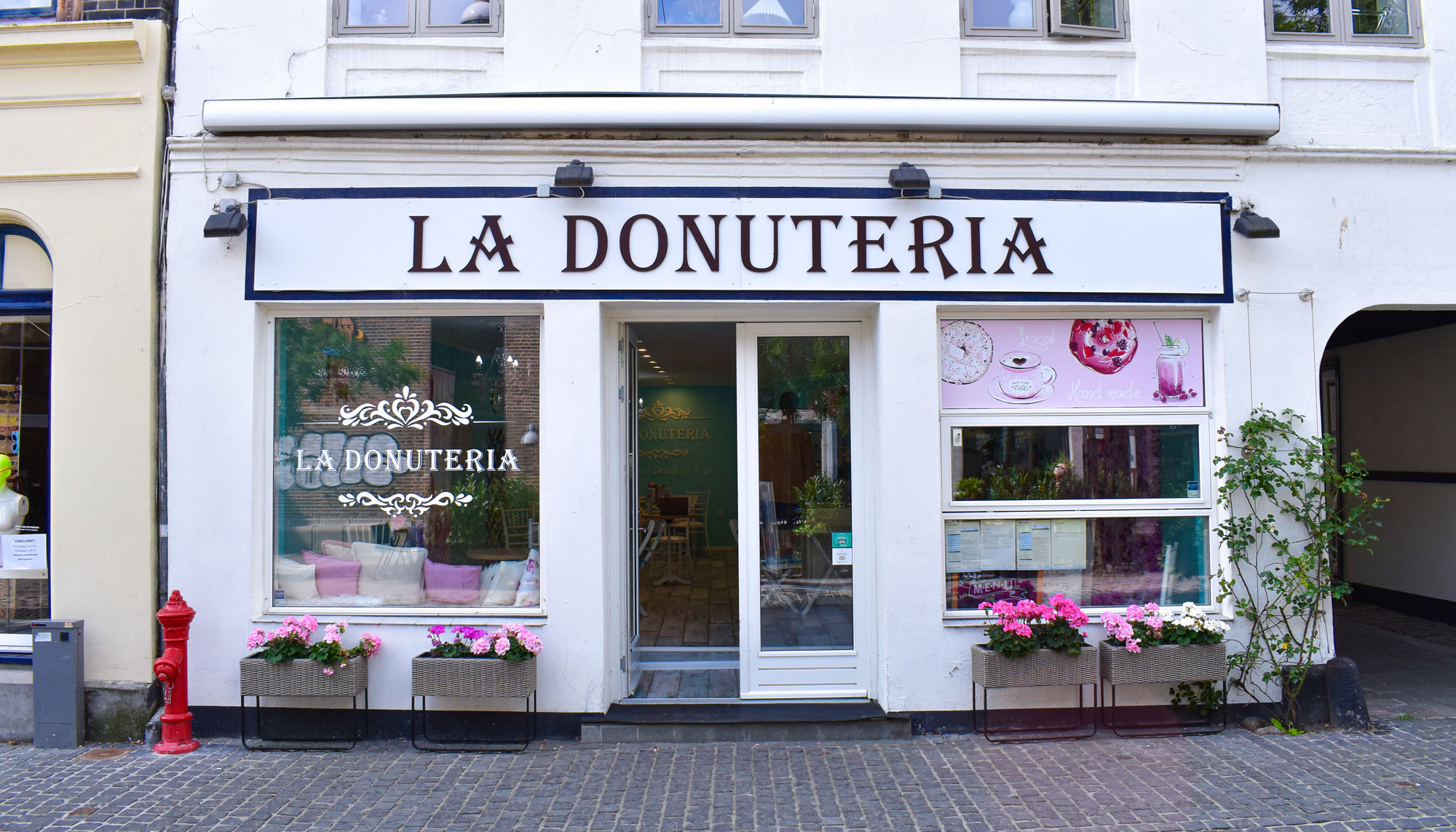 And they have also been able to feel it.

“We didn’t know what to expect with the opening.

We were different than the others because our products were freshly baked and handmade – but right after our opening came Corona, and we had to shut down several times.

It has really been a challenging first year for us.” 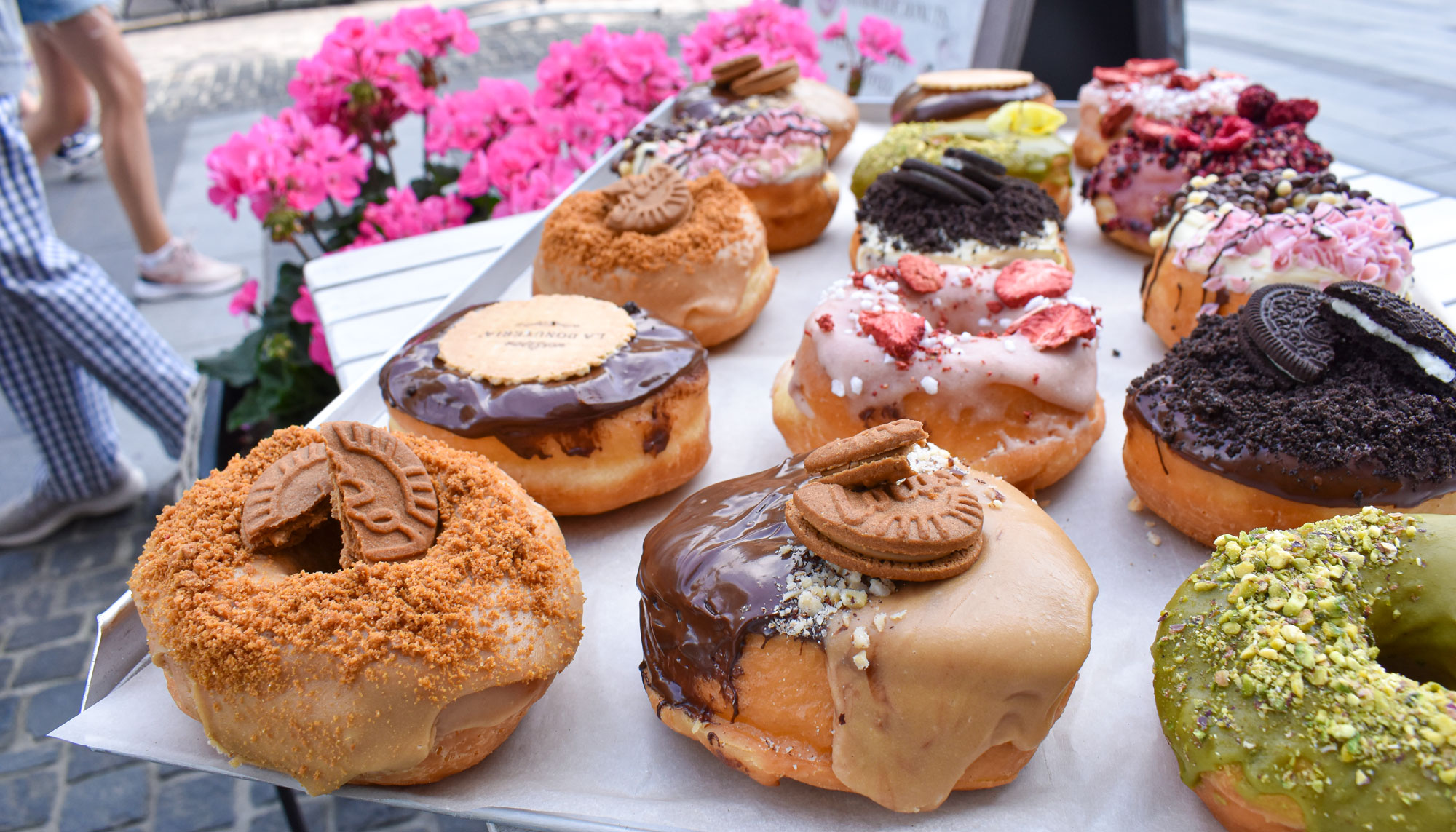 Nevertheless, La Donuteria is still running – and that’s all thanks to the people of Aalborg.

“We have been very grateful for the support we have received this past year.

There have been days where we haven’t sold many donuts, but that hasn’t been so important for us – just that those customers that do buy them are happy… And luckily we have experienced that they were,” Tomas says. 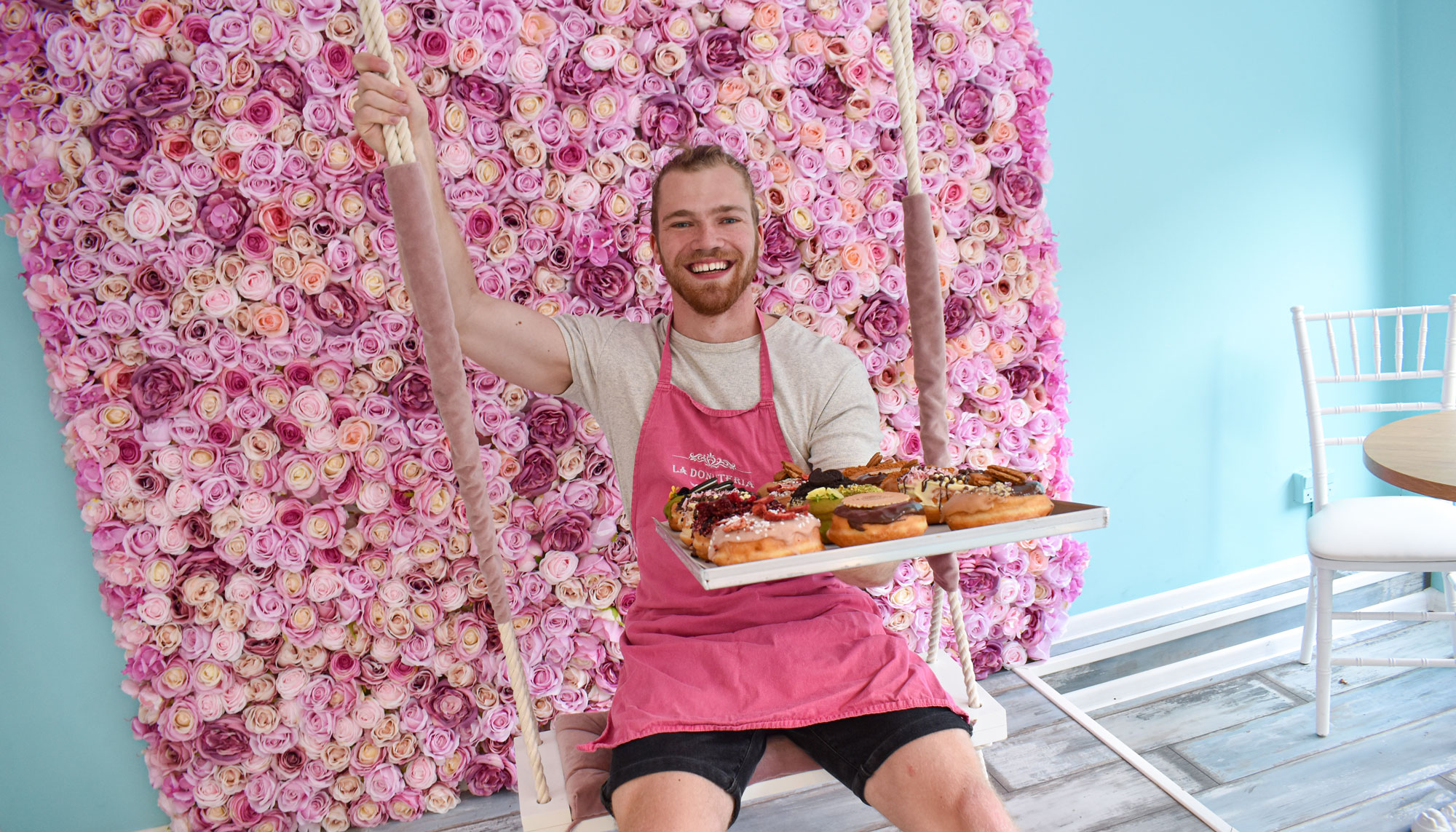 A large selection of homemade treats

La Donuteria is known and loved in several countries around the world, but if you have to take your summer vacation in Denmark then it’s only in Aalborg that you can get a taste of these homebaked goodies.

The recipes for these soft-baked treats are made by the chain, but it is Tomas, Thomas, and Adam that are there to ensure all of Nørregade smells of fresh donuts. 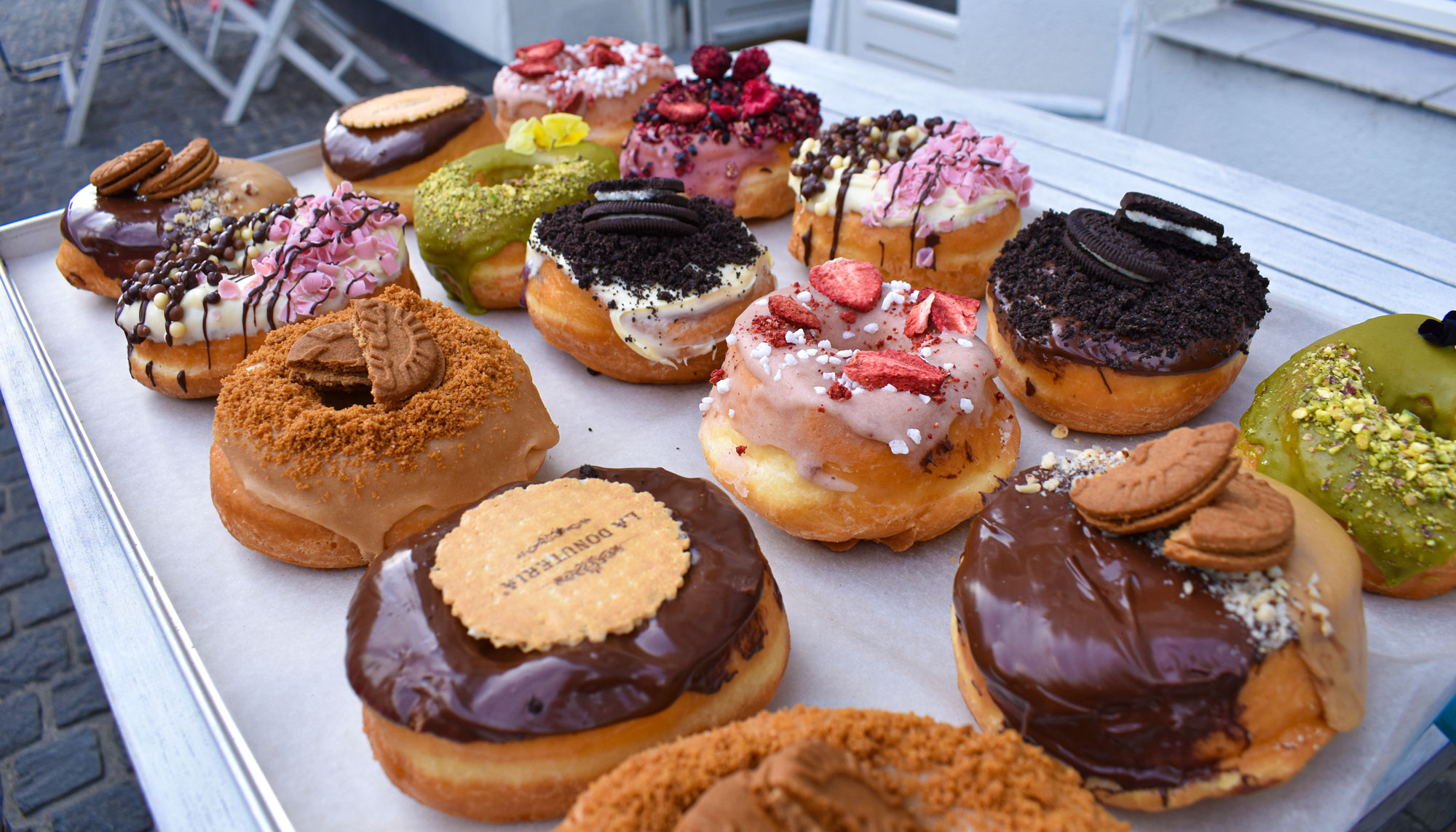 Despite the international success, the Aalborg selection of donuts is tailored to the demand La Donuteria experiences from their customers – and that has, in particular, lead to the expansion of their vegan donut series.

“When you visit us throughout the summer, there will be approximately eight different vegan flavors to choose between. Right now, for example, we have strawberry, forest berry, raspberry, and caramel lotus,” Tomas explains.

Vegan news in the cabinet

The vegan selection changes from day to day – and so do the non-vegan varieties, which La Donuteria of course continues to bake.

“We want there to be something for everybody’s taste preference, and I think we’re able to sense that and accommodate it,” Tomas says. 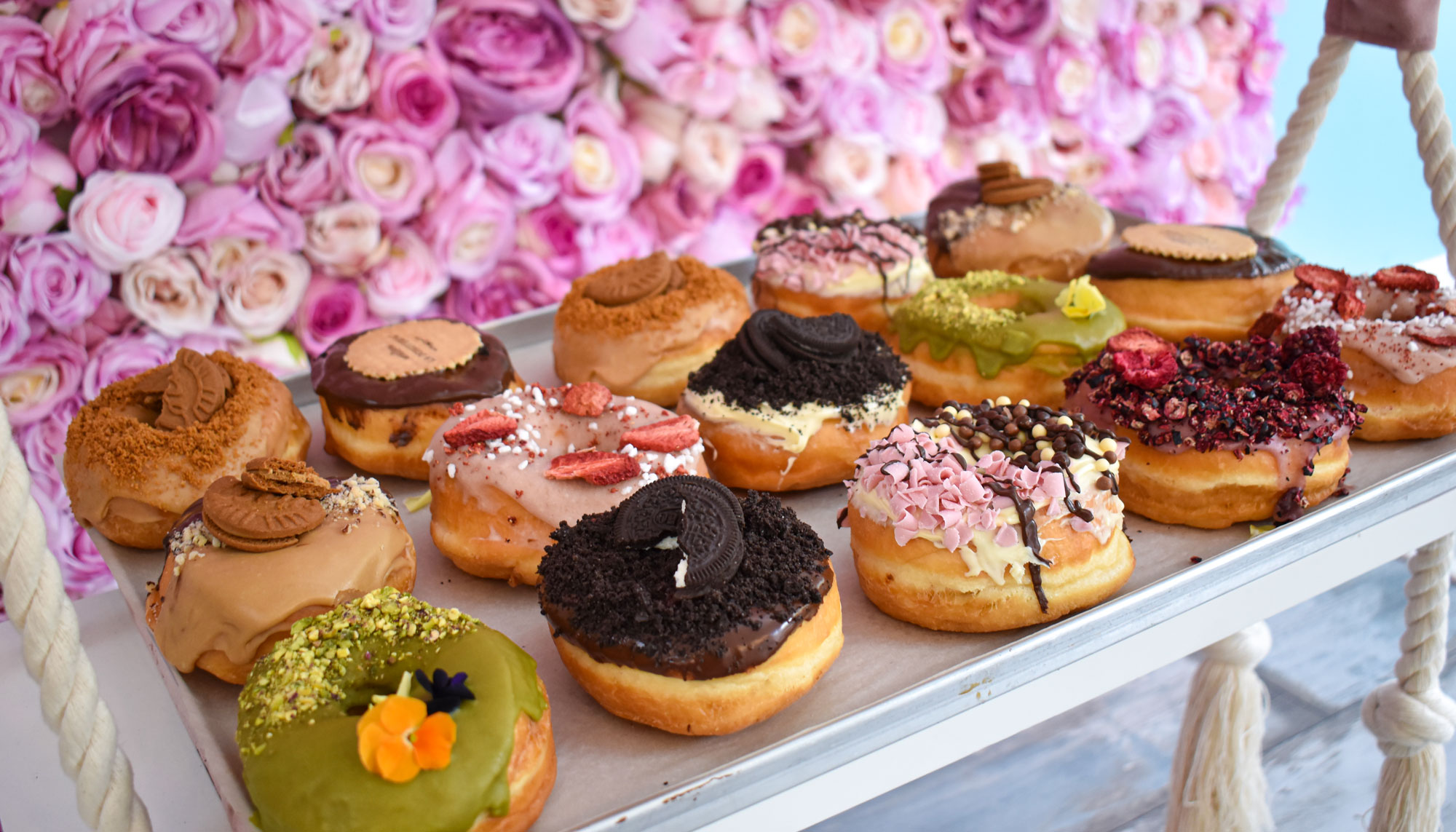 Unlike many other donut shops, La Donuterias donuts are not studded with all forms of Kinder chocolate and goo but instead have carefully selected toppings in high quality that pair well with the heavenly dough.

Regardless of whether you are one for the sweet, the fresh, or the fatty, there’s something just for you in their store.

What: Donuts for 10 kr
Where: La Donuteria, Nørregade
When: Friday, August 6 (and Saturday, if they make it to 2500 followers on Instagram)