Many locals use Letvadvej to get to and from Skalborg and City Syd.

But during the coming days, you have to find new ways of getting around if you use Letvadvej around Bygaden.

Aalborg Municipality has announced that starting tomorrow, Wednesday 21st of September, up to and including Friday 23rd of September, the intersection by Letvadvej/Bygaden will be blocked for roadwork.

This is why the intersection is blocked

It’s in connection with the creation of bike paths and a signaling system by Letvadvej/Bygaden that the intersection is blocked from Wednesday to Friday (see the red markings on the map). 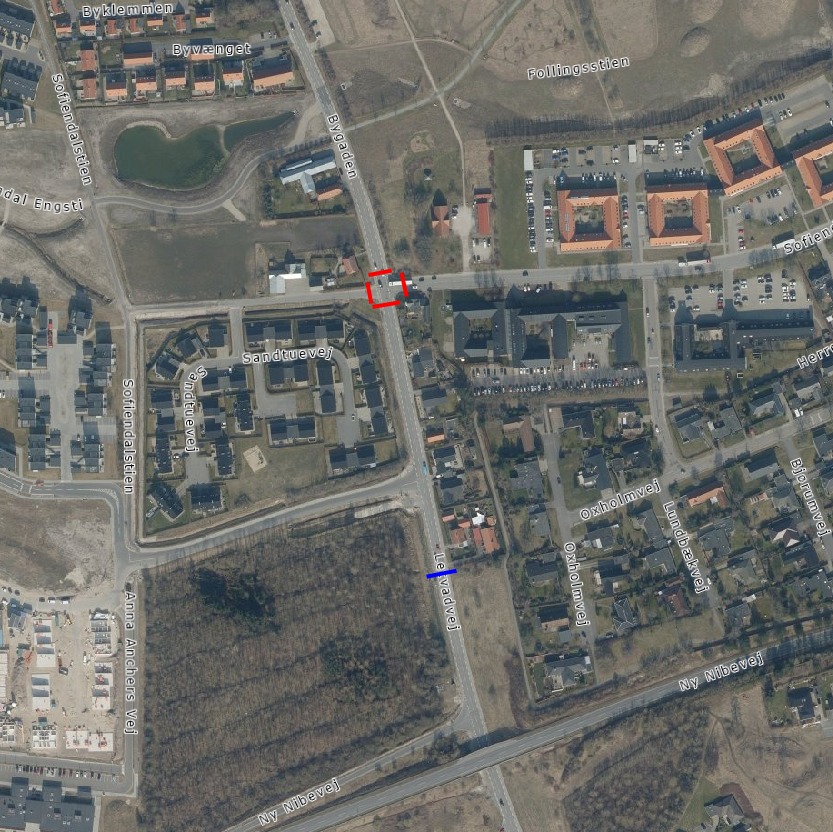 During week 40, Letvadvej south of Anna Anchers Vej (the blue line on the map) will also be closed off. It’ll stay closed off for 14 days.

The purpose of this is to extend Aalborg Sewer’s pipes below the road so they will fit the new road and path project.

In that connection, the exit from Ny Nibevej to Letvadvej will be blocked, and Letvadvej will thus be shut off from both directions. You can still pass through Digtervejen though.