Construction work is underway with a new bike path in Skalborg.

More specifically, the construction is from the northern part of klimaparken (the climate park) to the south of Ny Nibevej, and the east part of Lindenborgvej.

The plan is to create better transportation for school children and cyclists.

Additionally, there will be new traffic lights at the intersection by Anna Anchers Vej/Letvadvej and Sandtuevej/Letvadvej/Bygaden/Sofiendalsvej. These intersections should help improve traffic flow.

For years the locals have raised concerns about the safety of cycling and have waited for improvements.

This is why the councilor of City and Country (By og Land) in Aalborg Municipality, Jan Nymark Thaysen, worked to initiate and improve the traffic conditions in this area. 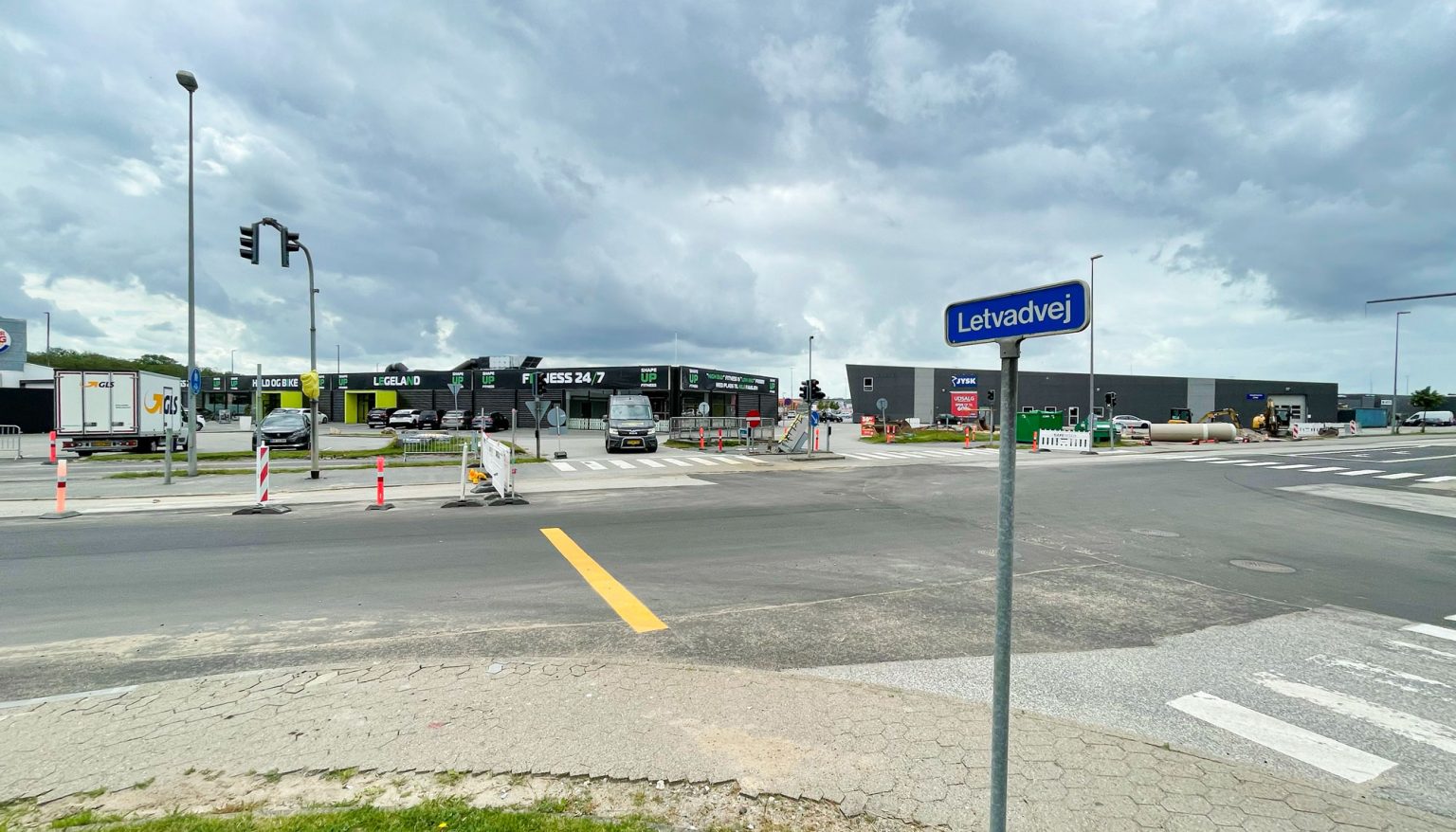 “I often cycle on Letvadvej, where cyclists travel side-by-side with cars and trucks, and the traffic is heavy and space limited. I hope our new measures will create more security and better conditions for younger and older cyclists,” he says.

The counsellor also hopes that many more will begin to cycle now that the conditions are better – to and from school, work, shopping and extracurricular activities – if we start to cycle more, we can help offset and save money on fuel and reduce our impact on climate changes.

Two birds with one stone

At the same time, the utility companies will upgrade the lines while the bicycle paths are being built to limit the traffic interruptions.

Further, Aalborg Kloak (Sewer) will aim to build a new and more extensive sewer system to provide service for Letvadvej 98 – and they will make a new ditch on the west side of Letvandvej as well.

The work starts Monday, August 22nd, and the new bicycle path with traffic lights is expected to be complete by April 2023.

Clearly, the project is a significant undertaking.

Thus, there are likely to be disruptions in the area. Aalborg Municipality is working to minimize the effects on traffic flow and passenger frustrations while the improvements are in progress.