Get the gastronomical overview: These restaurants opened in 2022

2023 has come to an end, and on the gastronomic front we can – yet again – look back on an excellent year where the food scene in Aalborg has received another boost.

Here we have compiled a list of all the restaurants that opened in Aalborg in 2022.

Get the overview here:

At the start of the year, another worldly cuisine entered the Aalborg food scene.

Asian Fusion is – as the name suggests – a restaurant that fuses the best of the various Asian cuisines with the main focus on Chinese cuisine.

On the menu you will find a large selection of Chinese a la carte dishes such as Sweet and sour Pork, Dumplings, Wonton Soup, Kung Pao Chicken, and MUCH more. 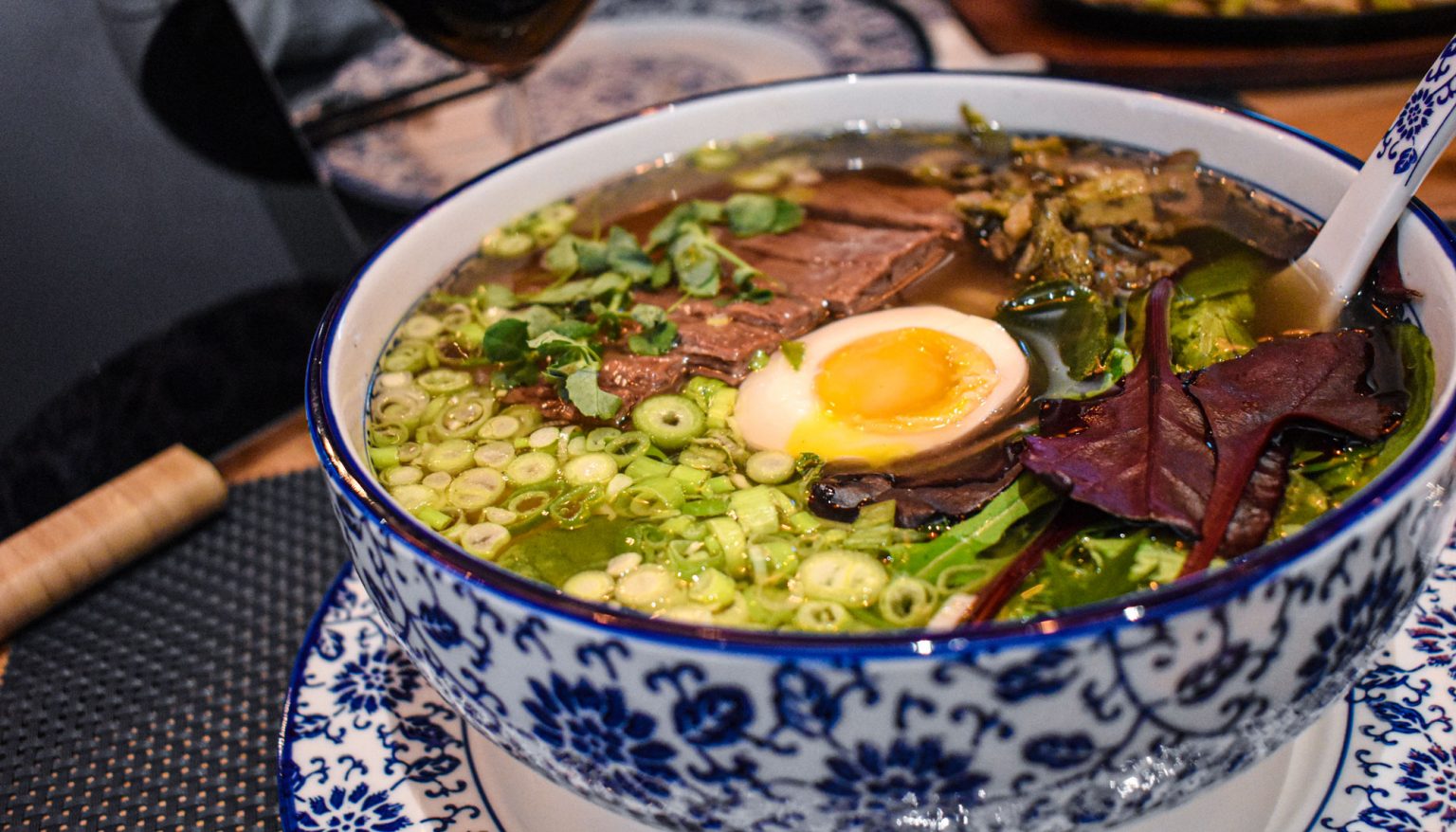 In March, Jeannette Isgaard Jørgensen opened the doors to Det Tredje Sted (The Third Place), which, as the name suggests, is… her third dining location.

Jeannette is also the owner of the popular Café Vi 2 on C.W. Obels Plads and Den Bette Kro in Vingårdsgade.

Det Tredje Sted is neither a café nor a smørrebrød (Danish open sandwich) restaurant.

“Det Tredje Sted is a collection of many things that we ourselves value,” she told MyAalborg.

The restaurant quickly became a success with its fantastic location facing the pedestrian shopping street. 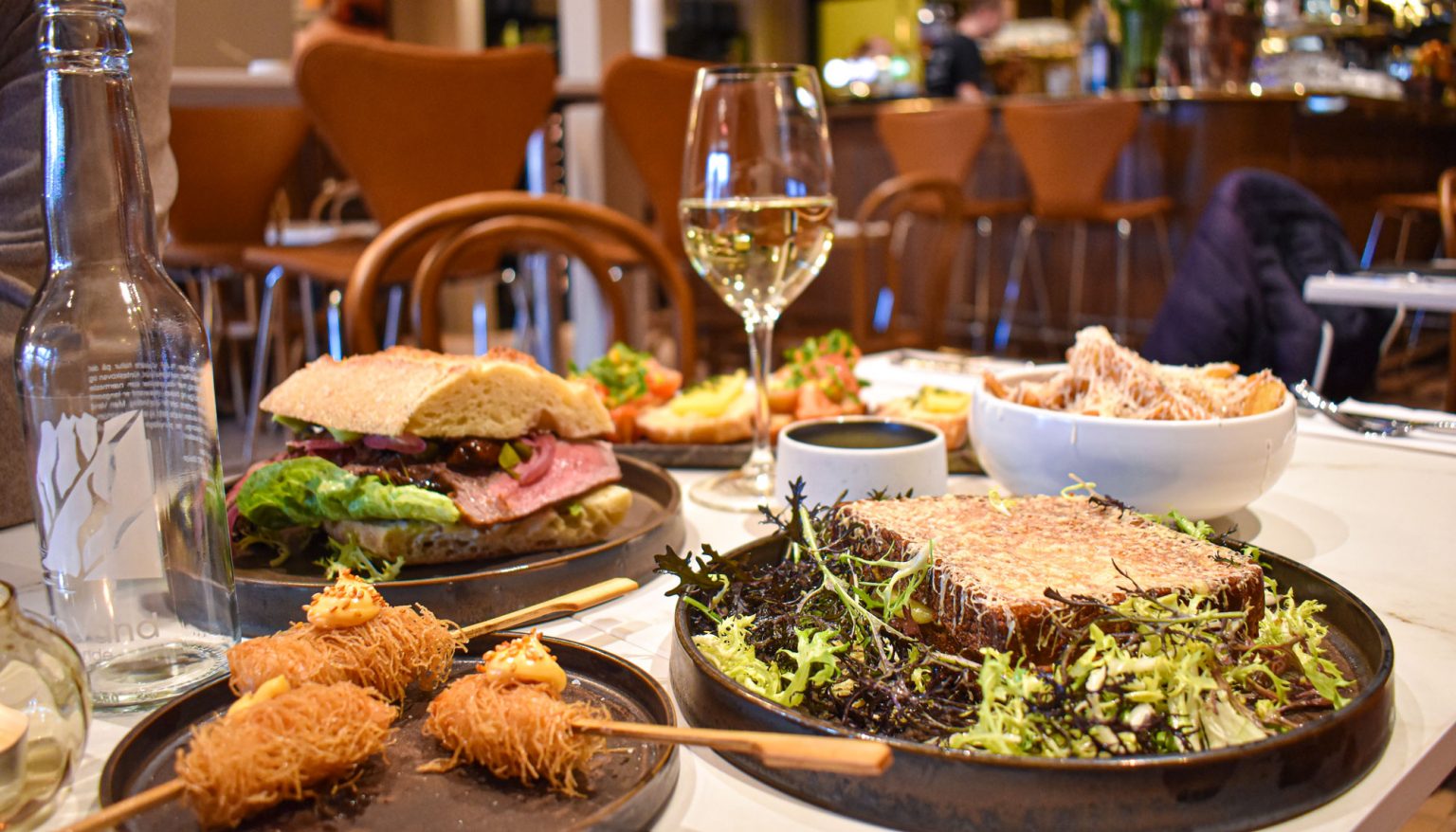 Behind the new pizzeria is Emmanuele De Amicis who, despite the new address, is far from being the new pizza man in town.

He was previously the owner of the popular pizzeria at Aalborg Streetfood, but from now on will put all his efforts into the new location in Nørregade.

On Amici’s menu you will find 10 different pizzas, all of which bear the hallmark of being composed by genuine Italians.

For a while, Aalborg has been missing an authentic Spanish tapas restaurant with all the best that Spanish cuisine has to offer.

But in 2022 that suddenly changed.

In a few weeks, several gastronomic heavyweights revealed that they were opening tapas restaurants in Aalborg.

Kim Jeppesen, Anne Menendez and Mads Hyllested, who run several restaurants together in Aalborg, opened Roxana at the beginning of May, which serves both exquisite tapas and other delights from Mediterranean cuisine. 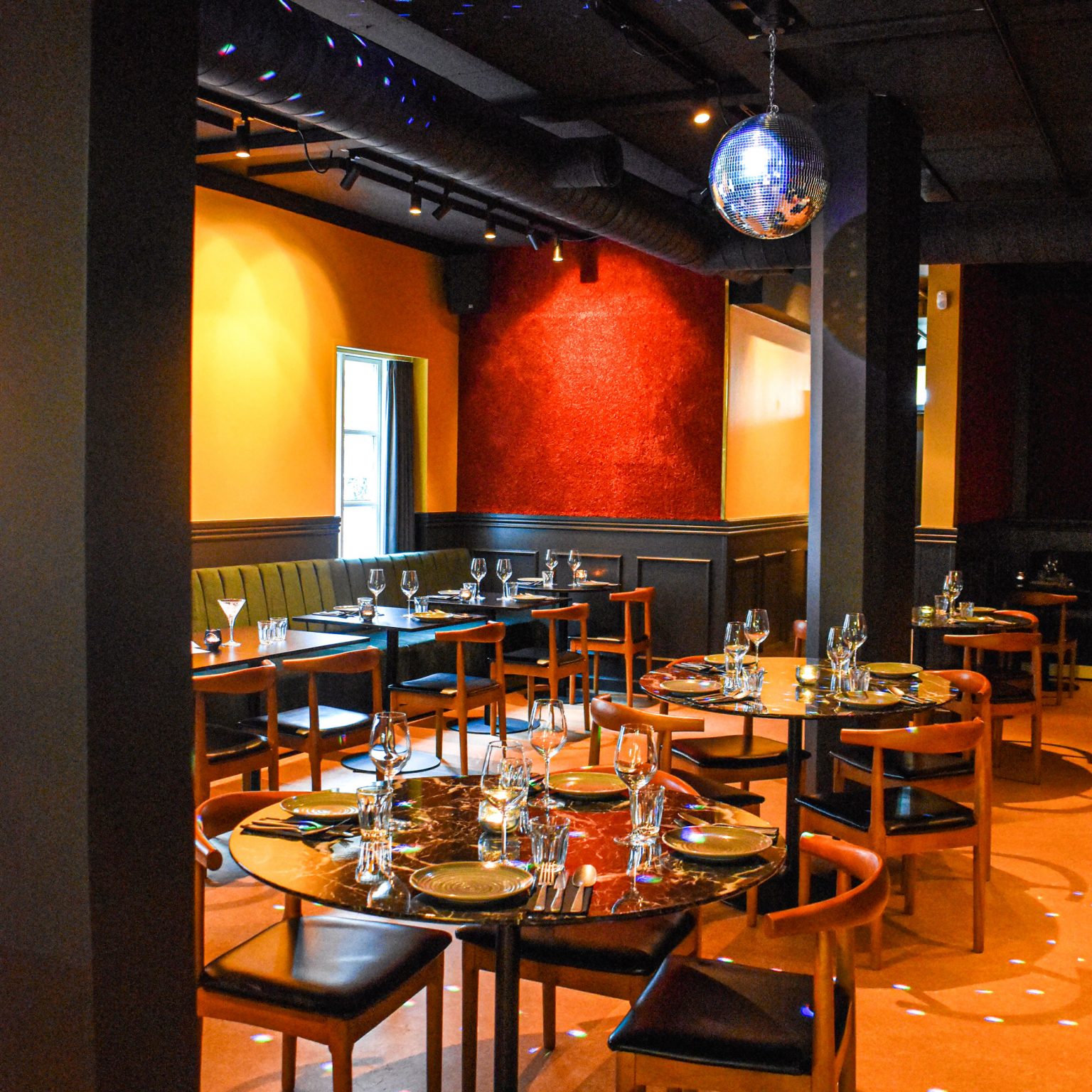 A few weeks later we got another tapas restaurant when the renowned restauranteur Michael ‘Miv’ Pedersen, who already owns TABU, revealed that they would be opening TaPa5 in the neighboring premises.

Here the focus is on authentic Spanish tapas as people know them from the good old CANblau days.

Because it was also Miv who drove the ever popular CANBlau for six years here in Aalborg. 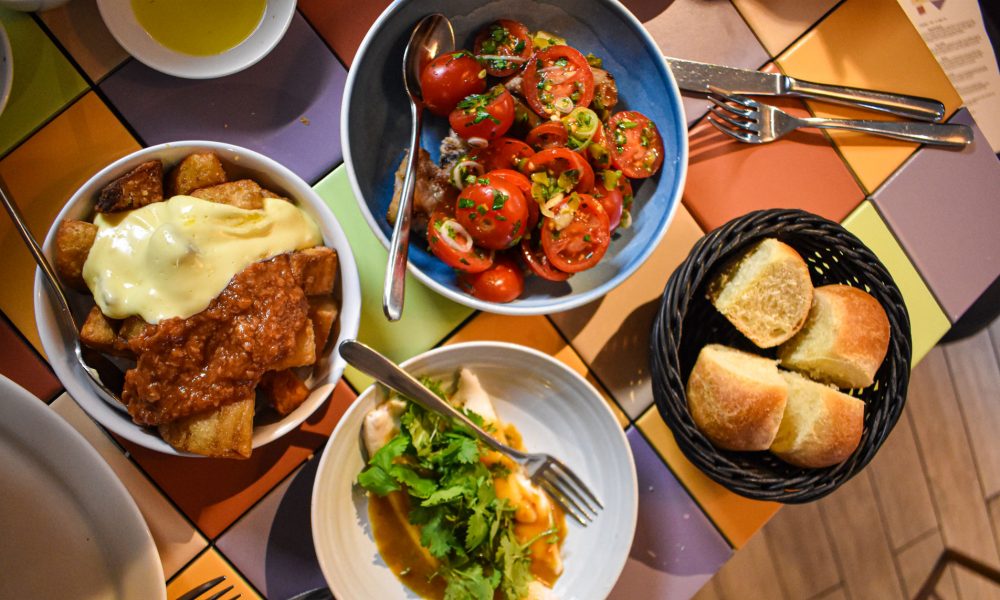 Is there authentic Japanese ramen in Aalborg?

The answer is yes – or hai in Japanese.

And then, of course, the ramen noodles, made with wheat flour.

The long-simmered soups have a deep umami taste. The handmade noodles and the filling give satiety and an impression to both eyes and mouth. 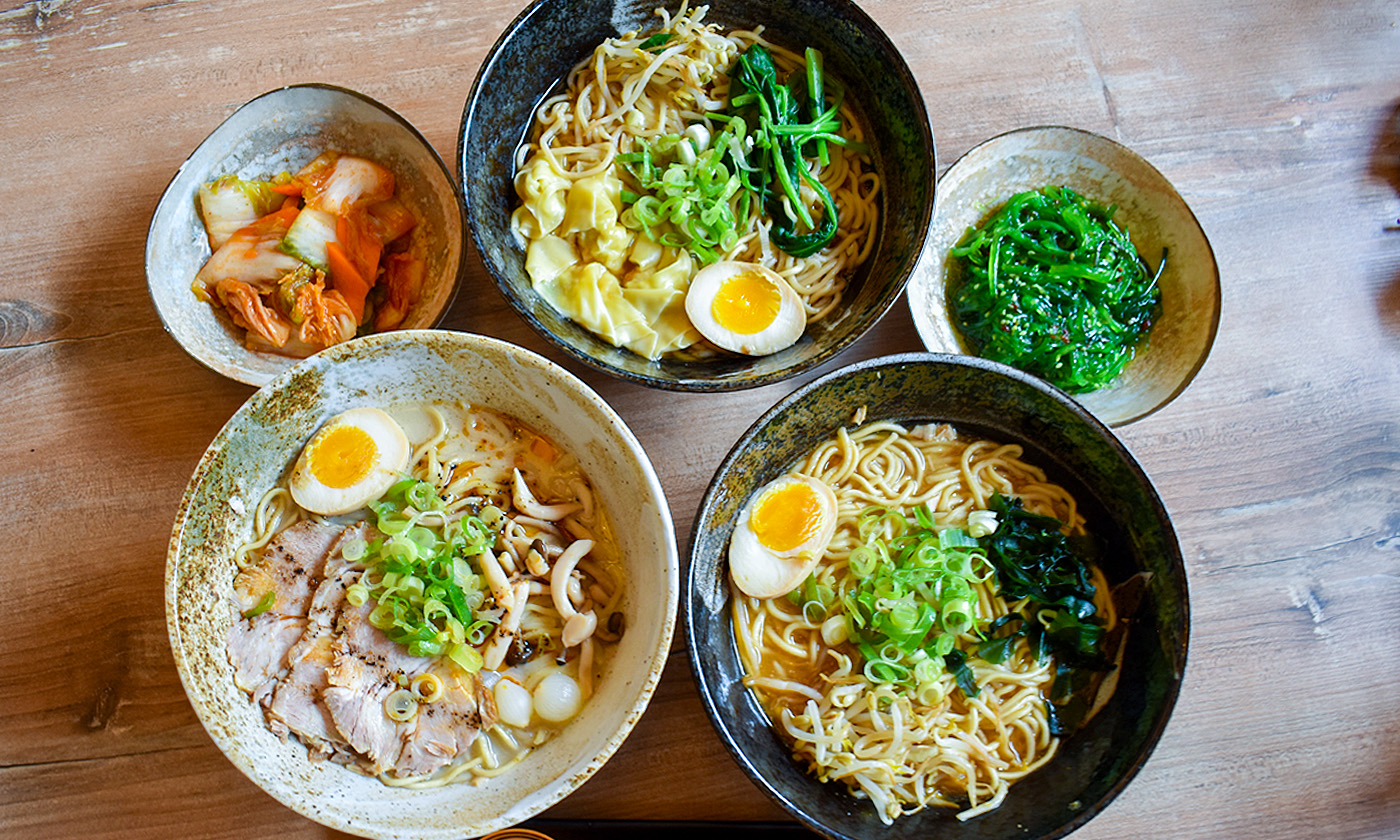 In August, something got a little fishy at Gåsepigen in Aalborg.

Behind the new restaurant is 26-year-old Emil Thaarup, who has experience from a large number of Michelin restaurants in Copenhagen.

The ambition is to serve the best seafood in a three- or seven-course serving. 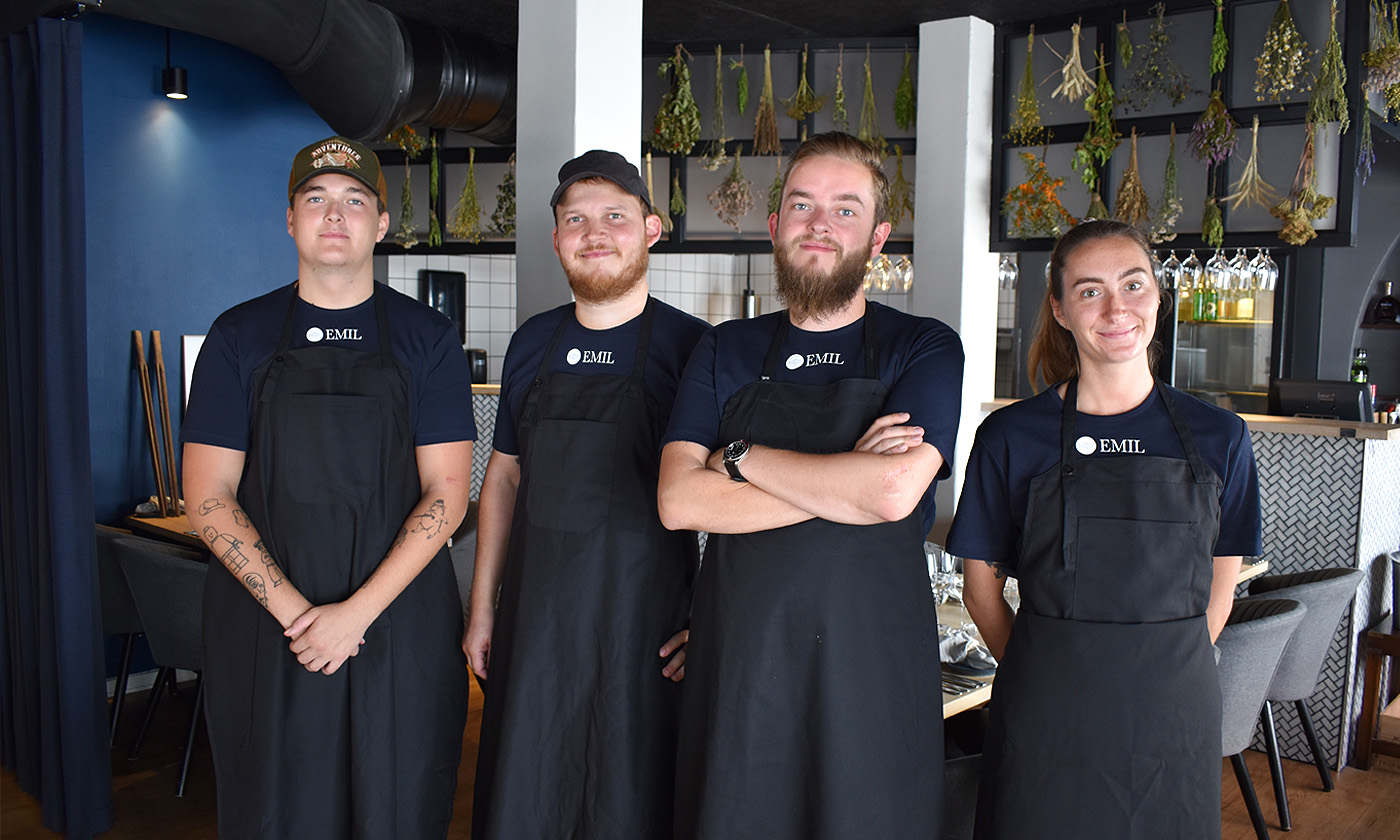 Already in May, we could reveal that the popular restaurant chain Pincho Nation was going to open a restaurant here in the city.

Pincho Nation is known for its circus-inspired concept and, in terms of interior design, is unlike any other eatery in Aalborg.

Pincho Nation has as many as 75 restaurants in the Nordic countries, but they have still been blown away by the interest that the people of North Jutland have shown in the new concept since opening at the end of November.

As many as 2,700 people had signed up to the so-called pre-booking lists, where they could gain access to book a table a week before opening. After just one day, a total of 2,400 had booked a place at the restaurant in the Paris of the North. 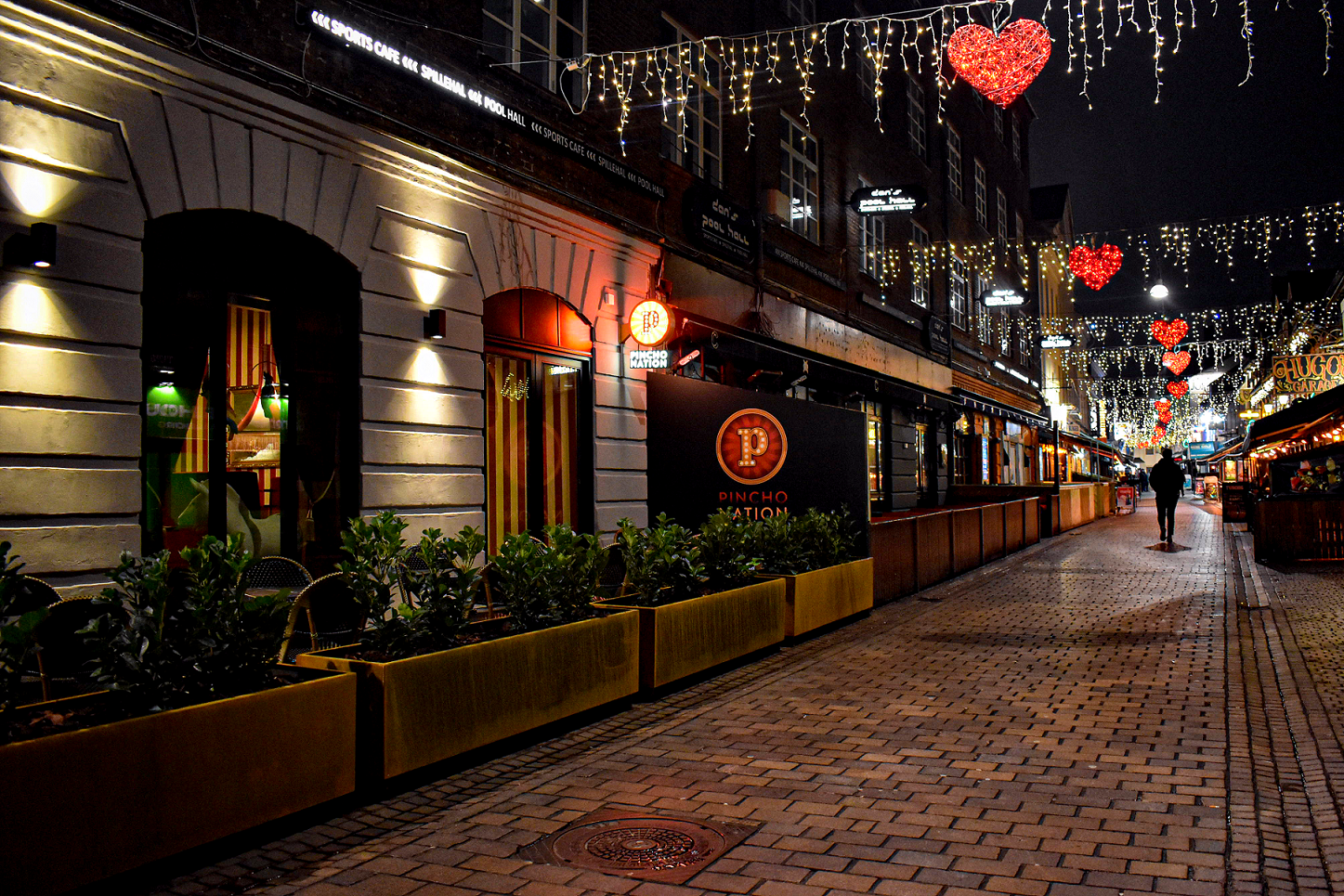 In November, the city enjoyed the addition of a brand new modern pizzeria called Fumo.

The ambitions are high, the pizzas crisp and the experience is great at the new restaurant.

Kevin Sloth, Lucas Baldi and Daniel Lehmann collectively have more than 35 years of experience in the restaurant industry, and a number of those years have been spent together at one of the city’s best Italian restaurants, San Giovanni.

The name Fumo means ‘smoke’ in Italian, and symbolizes the restaurant’s beautiful wood-fired oven, which both figuratively and literally forms the very heart of the restaurant.

The 2.5-tonne pizza oven has been sent from a town north of Naples and is centrally located in the open kitchen, so that guests will feel the heat from the open fire and be able to follow along in the creation of their pizza. 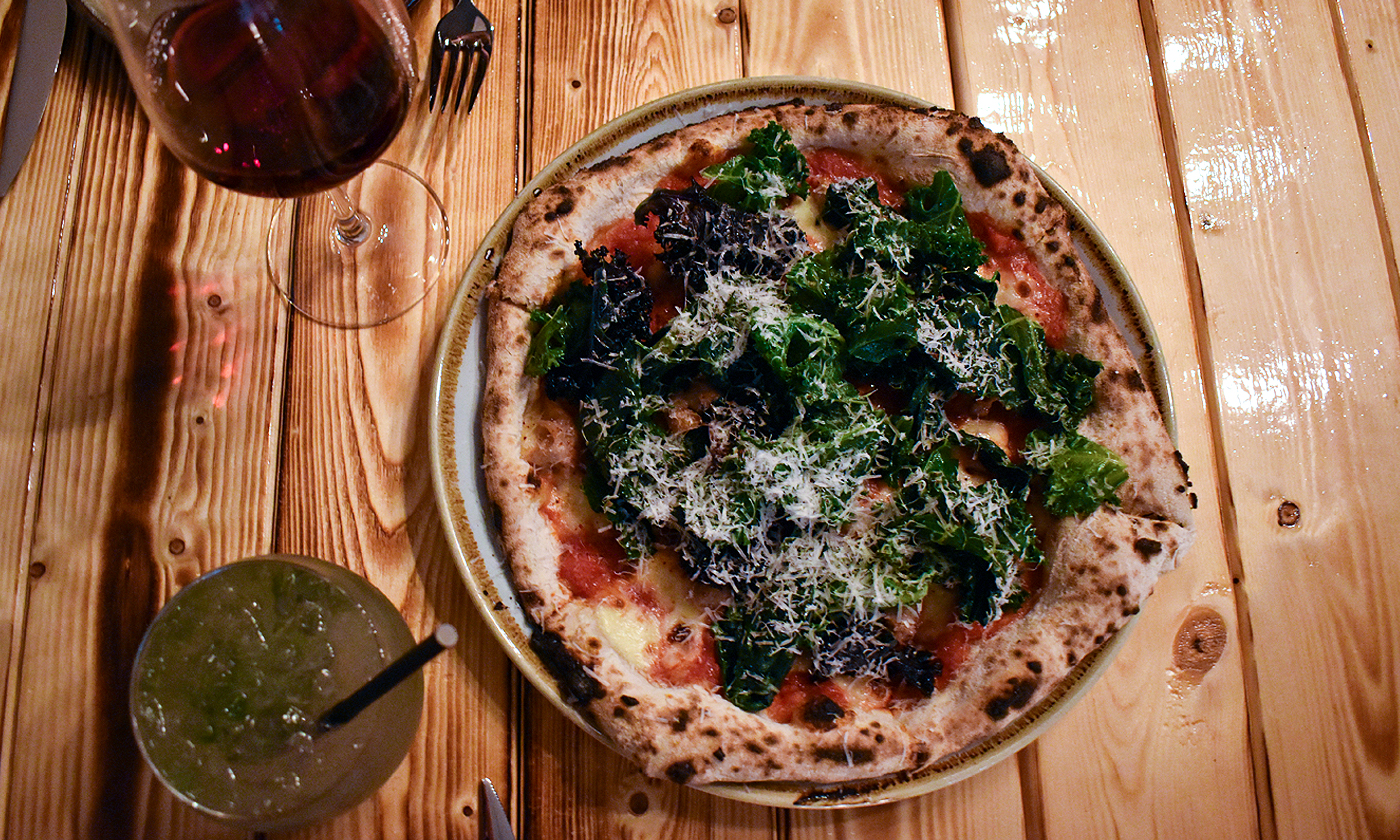 Most northerners are used to sinking their teeth into a boring ‘mapak’ (lunch box) when the clock strikes lunchtime.

But that’s over now. Because in November, the city’s new ambitious smørrebrød restaurant Mapak opened.

Behind the restaurant is an all-star lineup including Mikkel Jensen from SMAEK, Mads Hyllested from Applaus and Bistro Dejavu as well as Kim Jeppesen and Anne Menendez who own Restaurant Nam and Restaurant Menendez.

Together they also have the new popular Restaurant Roxana. 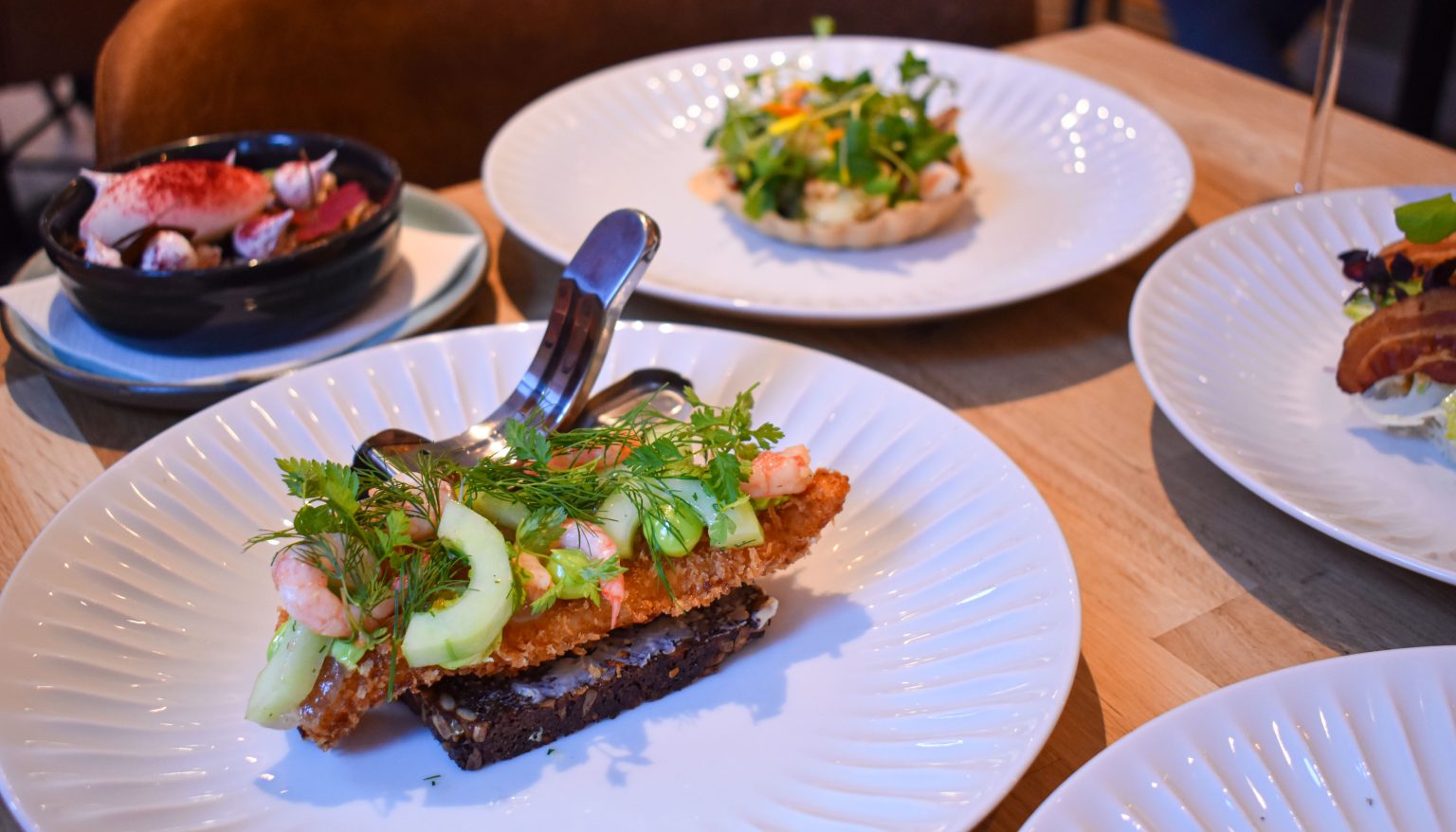 Yes, they actually did. But this time in a completely new location. The popular Aktuel at Budolfi Plads has got a little brother in Hasseris Bymidte.

Lars Helmuth had no doubts at all when he got the opportunity to take over the premises from LaTur who will instead focus on their core restaurants Textur and Struktur in central Aalborg. 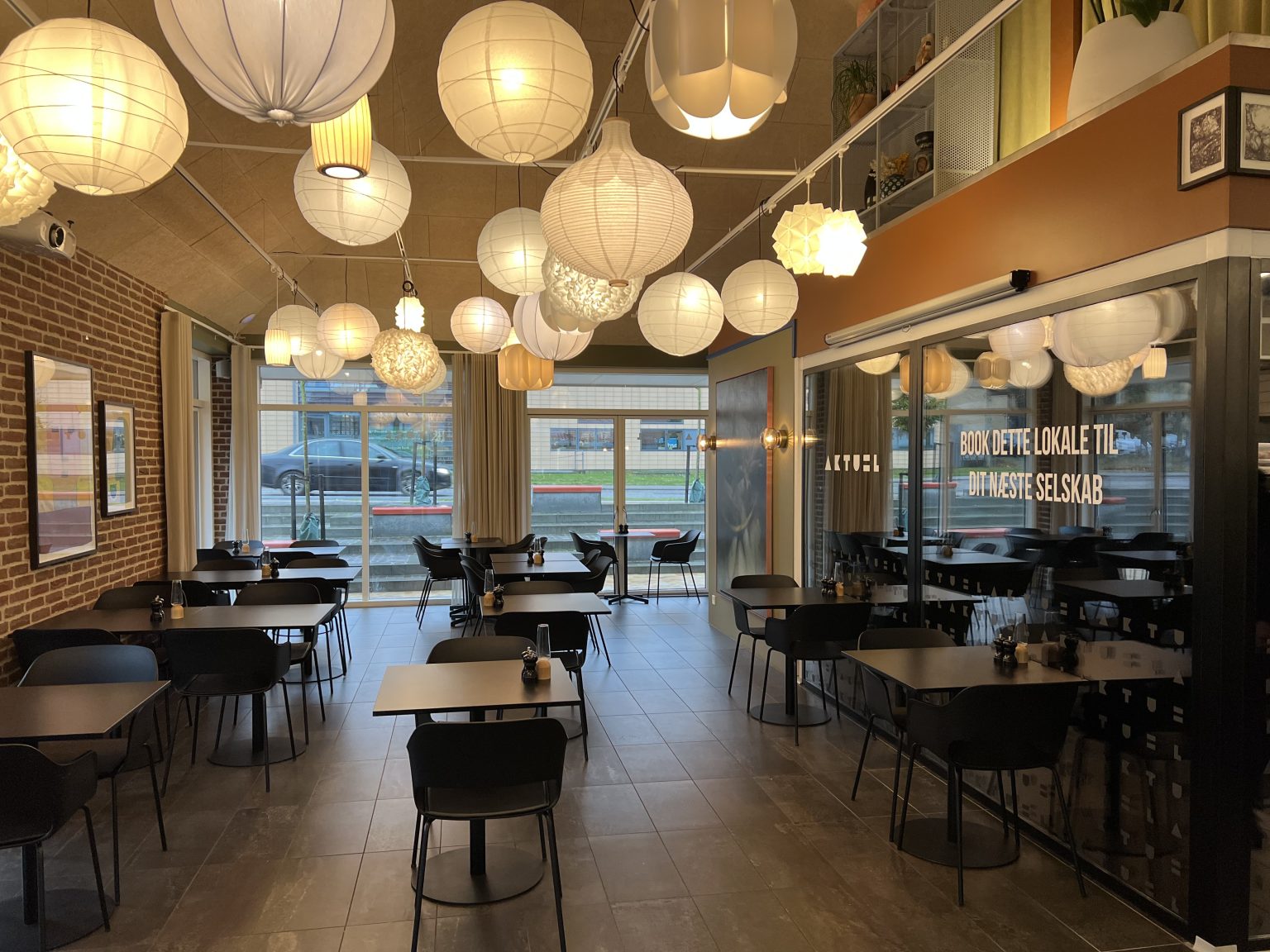 Mario Mohammed El-Hajj is the man behind one of Aalborg’s most popular sandwich chains.

In November, the Bogø owner opened the doors to a brand new café together with his younger brother, Muddi El Hajj.

The café offers delicious café classics in a cozy setting to satisfy the hungry stomachs of Aalborg residents as well as offering long, delicious cocktails over the counter. The newest addition to the restaurant scene in Aalborg is Restaurant Nati.

At Borgergade 25, an Eritrean and Ethiopian family restaurant called Restaurant Nati has just opened, and here it’s all about spices and the authenticity of its culinary origins.

Behind the restaurant are the married couple Teame Solomon and Natsnet Samuel, who both come from Eritrea, which shares a food culture with Ethiopia.

The food culture is characterized by many vegetables, as well as chicken, lamb and beef, which are all homemade and prepared fresh. 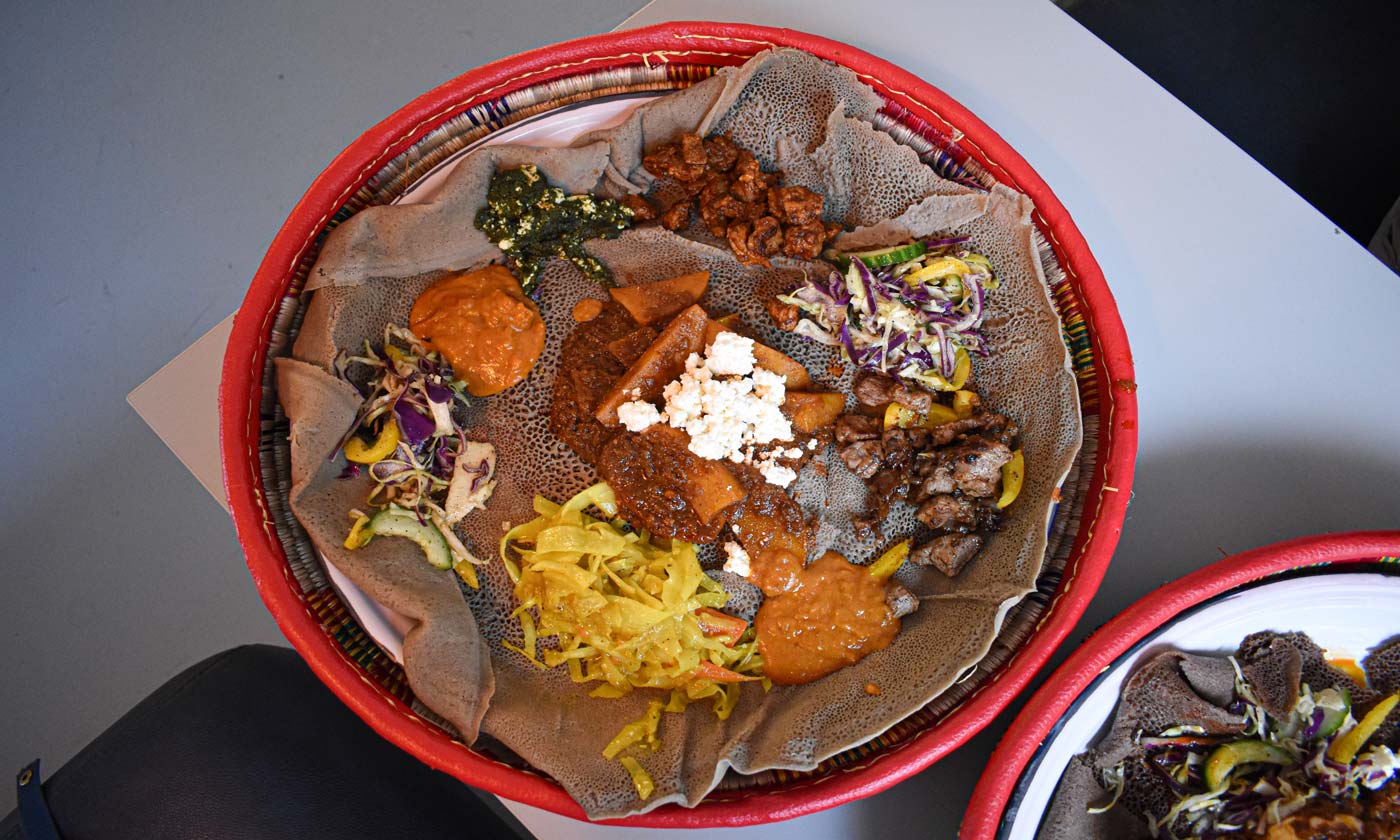 More gastronomic delights to look forward to in 2023

In 2022, Restaurant Urt opened a modern smørrebrød restaurant in Rusks old premises but it has closed again.

Textur reopened in a new location on Stjernepladsen.

In the new year, Restaurant Pingvin will move into a new location while an experienced team has opened Aalborg’s first 100% plant-based restaurant with the name Norður in the beginning of January.